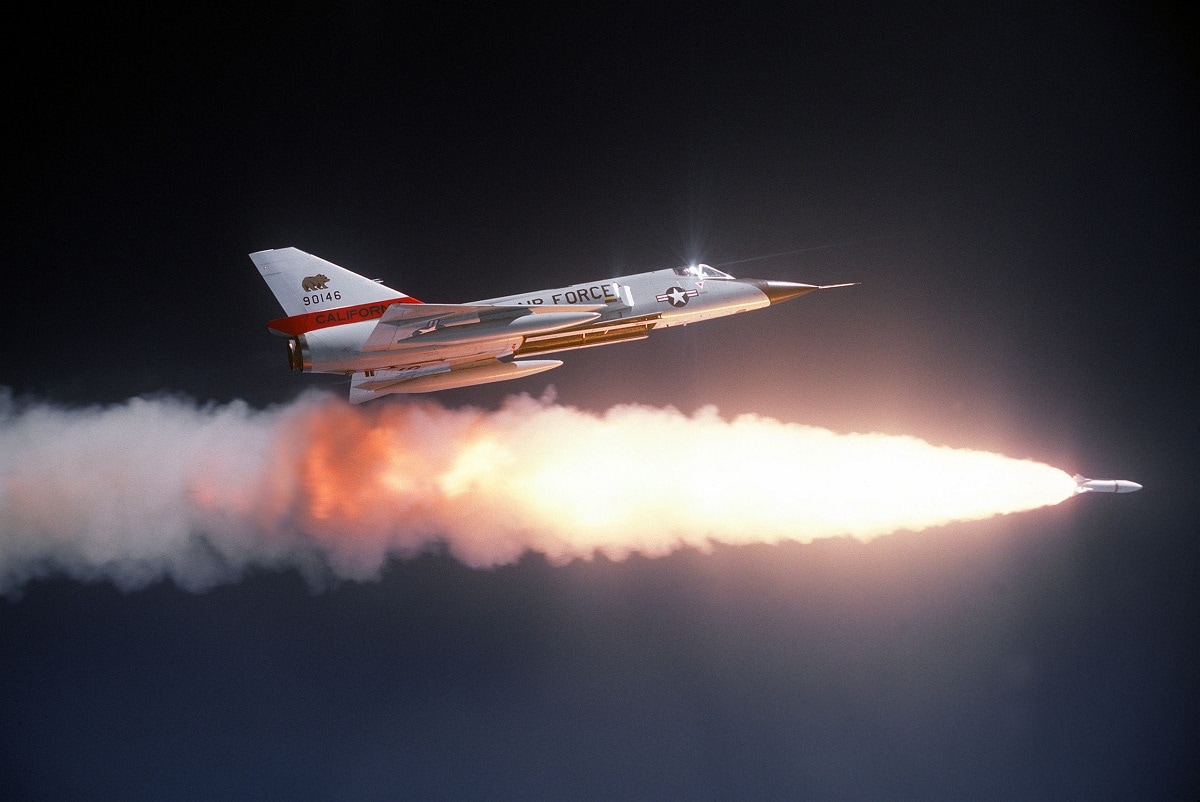 When Convair’s F-106 Delta Dart entered service with the United States Air Force in 1959, it was considered by many to be the best all-weather interceptor airframe ever built, a distinction that earned the airplane the nickname “The Ultimate Interceptor.”

During the early stages of the Cold War, the Soviet Union’s long-range strategic bomber fleet caused a great deal of consternation in American defense circles. In particular, the Soviet Tupolev Tu-4 — a reverse-engineered B-29 Superfortress copy — was feared, as it would greatly expand the reach of a potential Soviet bombing campaign. In order to counter that threat, the Air Force needed a high-speed interceptor aircraft that could meet and engage Soviet bomber formations during the day, at night, and in all kinds of weather — and the Delta Dart was the aircraft the Air Force had been waiting for.

The Delta Dart’s airframe was in essence a vastly superior upgrade of the F-102A, a previous interceptor airplane that despite being almost inadequate in its intended role, was nevertheless adopted by the Air Force. Despite mild visual similarities between the two airframes, the Delta Dart was essentially a new aircraft and was vastly more capable.

The F-106 was built around a delta-type wing, and in recognition of its role as an interceptor, was not equipped with either a gun nor with the ability to carry bombs. Instead, the Delta Dart carried a total of four air-to-air missiles and a single air-to-air, nuclear-tipped rocket. Rather than carrying its mutinous externally, however, the F-106 carried its munitions internally in order to preserve its streamlined design and reduce in-flight drag. In 1959, two Delta Darts set world speed records, first approaching Mach 2, and then just breaking that barrier.

One of the F-106’s most noteworthy flights occurred when a single Delta Dart entered into an unrecoverable spin during a 1970 training flight. The pilot, unable to regain control of the aircraft, ejected. However, due to aerodynamic and balance changes made by the pilot’s ejection, the F-106 recovered from its spin and slowly descended into a nearby farmer’s field. Cushioned partly by light snow cover and relatively soft earth, the Delta Dart made a gentle landing and suffered only moderate damage, earning the moniker “The Cornfield Bomber.”

Although the F-106 had been considered for a combat role during the Vietnam War, it never saw combat in that conflict and was also never sold to any foreign nations. As an interceptor, the Air Force stationed the Delta Dart where Soviet bomber fleets were to be expected: the parts of the United States, Iceland, Alaska, and for a short time in both South Korea and Germany.

The Delta Dart would undergo several upgrades and modifications during its nearly 30-year service life. Major improvements saw the inclusion of a 20mm rotary cannon as well as an improved canopy for better pilot visibility. After the F-106 was retired in the late 1980s, the design enjoyed a brief resurgence as a NASA research craft but was retired definitively in the late 1990s.