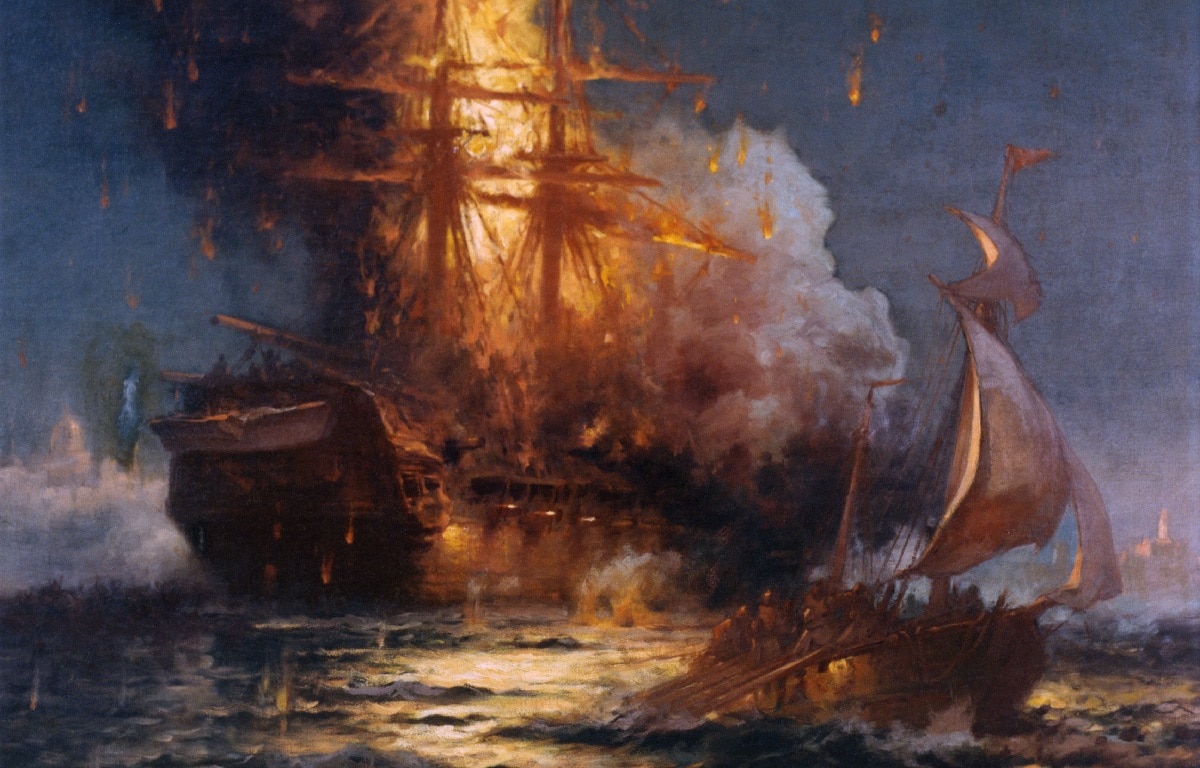 Following attacks on American interests by a distant enemy after a brief period of relative peace, the United States responded by sending troops nearly halfway around the world to counter the threat. While this could describe the events of the post-9/11 era, in fact, it occurred not in 2001 but rather in 1801 when President Thomas Jefferson sent a small task force to fight the Barbary pirates, who had targeted American commerce.

The quasi-independent states of Tripoli and Algiers, which were nominally part of the Ottoman Empire, had demanded tribute from the various European powers and in exchange merchant ships flying those nations’ flags weren’t targeted. When the United States refused to pay – as President Jefferson saw it as a sign of weakness – Tripoli seized American ships and used force to take Americans hostage.

A U.S. naval squadron was dispatched under Com­modore Edward Preble.

Instead of a quick victory, the adventure almost ended in a total disaster when the 36-gun sailing frigate USS Philadelphia hit an uncharted reef two miles off Tripoli Harbor. Its crew was captured and made slaves while the ship was refloated. Preble’s plans for a serious campaign were put on hold – and he was left instead with either trying to recapture the ship or destroy her.

At the end under the leadership of Lieutenant Stephen Decatur, sailing on the USS Intrepid, a small captured ketch, was able to set fire to and destroy the Philadelphia. An admiring Horatio Nelson described the feat as “the most bold and daring act of the age.”

While diplomatic efforts to free the hostages failed at first, President Jefferson took another action. This time he sent “General” William Eaton, a veteran of the Revolution, to institute a policy of early 19th century “regime change.” It was a bold, almost ridiculous plan that involved raising an army and then ousting Yusuf Qaramanli, the leader of Tripoli, for his more pro-American exiled brother Ahmad. Eaton landed in Alexandria, Egypt – then under the control of the Ottoman Empire – where he was accompanied by a detachment of United States Marines.

After hiring some 400 additional troops, including European mercenaries and disaffected Arab fighter; Eaton, Ahmad, and the Marines made a 500-mile march across the desert to the fortified city of Derna. The plan to take the city was bold and yet straightforward in every respect. With the support of gunships, the motley force charged the city and captured it – making the first time the Stars and Stripes were raised in the conquest of a foreign land and from which the Marine Corps hymn now includes the passage “to the shores of Tripoli.”

The victory is also why officers and warrant officers of the USMC to this day still carry a ceremonial “Mameluke” sword on parade and formal occasions – Ahmad had been so impressed by the exploits of the Marines under the command of Lieutenant Neville Presley O’Bannon that as a tribute he gave the officer his jeweled sword. The USMC dress sword was patterned after that one and it is the oldest weapon in continuous use by any of the United States Armed Forces.

Unbeknownst to Eaton, Jefferson had hedged his bets by sending Consul General Tobias Lear to negotiate a peace.

While the capturing of the city gave American negotiators leverage, the U.S. still agreed to pay $60,000 for the release of the American prisoners and to withdraw U.S. forces from Derna. Pasha Yusuf remained in power.

Jefferson declared “victory,” but it wasn’t to last. Not only was there fighting in the halls of government in Washington over the handling of the conflict, but the issue of piracy wasn’t settled. It took the Second Barbary War that finally led to treaties that ended all tribute payments by the United States. 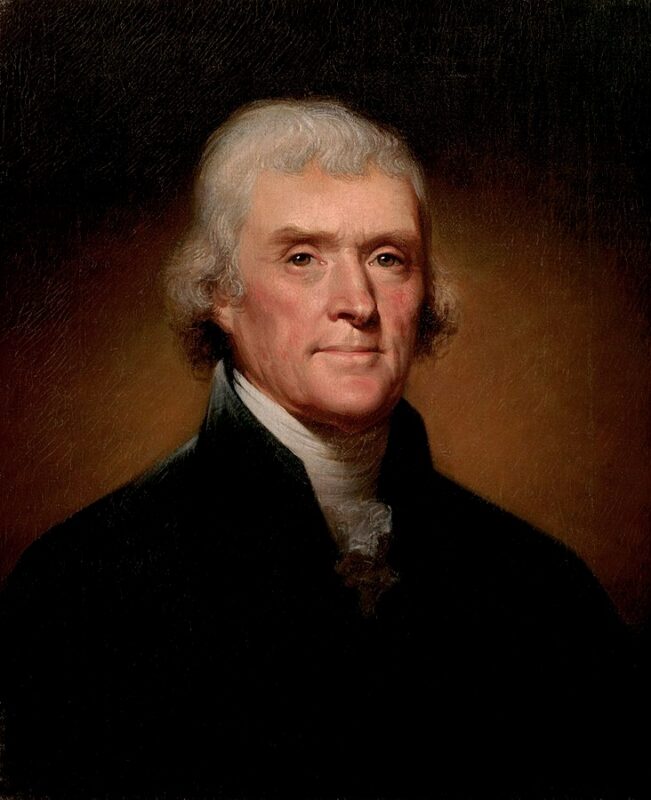 In the end, it was really a combined British and Dutch fleet, which “unleashed hell upon Algiers,” that finally ended piracy against the Europeans – apart from France. While the Barbary pirates continued to attack the French after the nation recovered from the Napoleonic Wars that was a mistake that didn’t work out so well for the Barbary States. France grew so tired of the pirates and didn’t just defeat them at sea; it took the city of Algiers and ruled all of Algeria until it was finally chased out in 1962!

In this article:Barbery Wars, Military History, Thomas Jefferson, US History