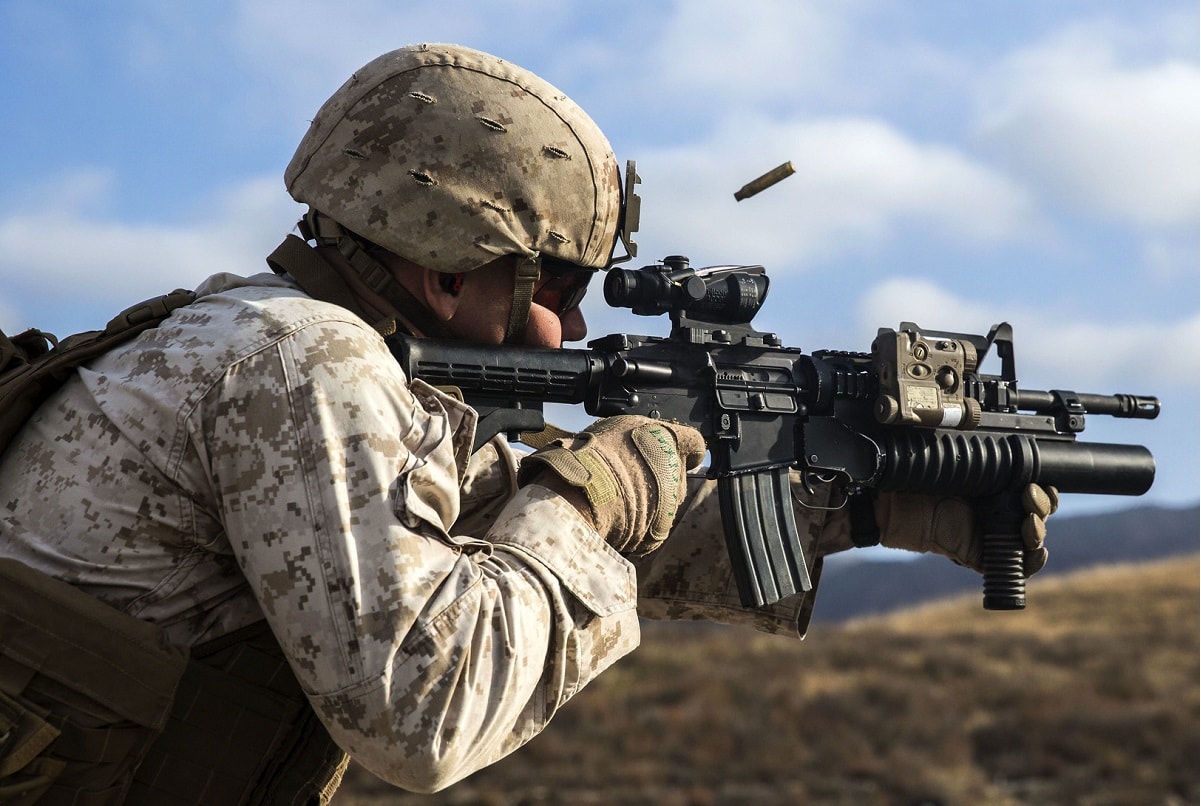 Lance Cpl. Mark Uriarte, a rifleman with 1st Battalion, 7th Marine Regiment, fires various drills on a live-fire range during a squad competition on Camp Pendleton, Calif., July 13, 2016. The 1st Marine Division hosted their annual Infantry Squad or “Super Squad” competition which pits the 1st, 5th, and 7th Marine Regiments and a Light Armored Reconnaissance Battalion against each other in tests designed to evaluate their leadership and small unit, infantry skills.

A recently published Marine Corps budgetary document sheds some light on what the Marine Corps wants to buy. What’s at the top of that list? Missiles. Lots and lots of missiles.

More specifically, the Corps has requested 35+ units of the Naval Strike Missile, a powerful anti-ship missile that could form the backbone of a restructured Marine Corps, as well as 48+ Tomahawk missiles.

As part of their Force Redesign, the Marine Corps has undergone an incredible amount of change, adjusting their force posture to better counter near-peer threats in the Pacific emanating from China. In order to achieve that goal, the Corps has taken the attitude of “if it doesn’t swim, it sinks,” and already moved to divest all tank battalions, retired a number of tube artillery and mortars in favor of rocket artillery, and has even reevaluated what their role would be in a Pacific conflict.

In stark contrast to the long and grinding land campaigns that defined the global war on terror, the Marine Corps is preparing for a maritime conflict and getting back to its naval roots. Part of their new responsibility? Going on the offensive in a big way — by sinking enemy ships. This is where the Naval Strike Missile comes in.

The Marine Corps has recently testified a radical new weapon system, in essence a remote-controlled Joint Light Tactical Vehicle with several Naval Strike Missiles mated to it. In this configuration the JLTV — without cab space, roof, or doors — could be prepositioned on remote, austere specks of land thought the Pacific Ocean, lying in wait for enemy ships and denying the use of land with the threat of sinking.

The IRNF was a Cold War-era agreement between the Soviet Union and the United States that eliminated their short and intermediate-range land based missiles. Though a powerful arms reduction treaty, the INF applied to ground-based missiles only — and now that the treaty is defunct, there are no limits to Tomahawk missile ranges.

Tasking groups of Marines with sinking enemy ships at sea is certainly a new type of mission for the Marine Corps, though considering their expeditionary and maritime heritage, is something the Corps would excel at — and pairing Marines with some of the most powerful anti-ship missiles in existence is a potent combination.