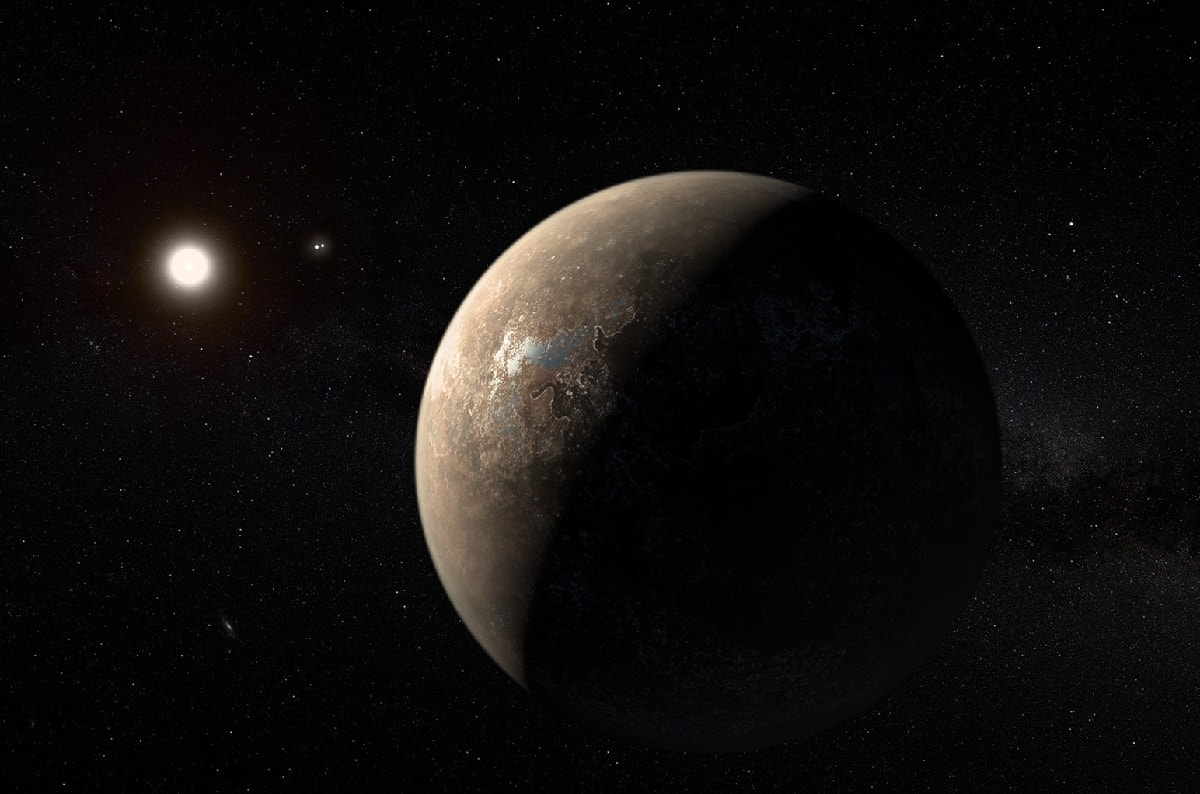 If you’re a sci-fi fan, you’ve already probably thought about whether traveling to a star system outside of our own is even possible. The distances that would need to be covered are indeed mind-blowing, but that hasn’t stopped some from coming up with wonderful and possibly feasible ideas.

The closest star to our sun is Proxima Centauri, which is part of a triple-star system called Alpha Centauri. Proxima, an isolated red dwarf star with a mass about an eighth of our sun’s, is about 4.24 light-years from Earth.

Just to put these distances into perspective, let’s look at NASA’s New Horizons probe that completed several years back its 3 billion-mile journey to Pluto. That trip itself took nine and a half years. New Horizons was traveling at speeds that topped 52,000 mph, but even at that rate, it would take about 54,400 years to reach Proxima Centauri.

There are indeed faster probes out there. A couple of years ago, NASA’s Juno reached incredible speeds of about 165,000 mph when it entered into orbit around the gas giant Jupiter. Even at that rate, the probe would reach Proxima Centauri in about 17,160 years.

Also keep in mind that accelerating a craft to those stated speeds with multiple humans on board is not yet feasible.

There’s been a medley of brilliant ideas floating around on how best to get to Proxima Centauri within a reasonable time frame. But whether you’re talking about ionic propulsion methods, anti-matter engines, electromagnetic drives and nuclear thermal/electric propulsion systems, the time frame needed is always in thousands of years.

Would we really spend billions or perhaps trillions of dollars on a project right now for us to enjoy tangible results thousands of years in the future?

There is, however, one intriguing idea put forth by the Breakthrough Starshot initiative, which would send hundreds or thousands of postage-stamp-sized, wafer-thin probes to Proxima Centauri at very high speeds. Best of all, the estimated time of arrival would be within 20 years of launch.

This would be accomplished by equipping these probes with thin sails, and they would be able to capture the energy sent from a powerful Earth-based laser. This laser would eventually accelerate the probes to 20 percent the speed of light, which is about 134.1 million mph.

If this initiative ever comes to fruition, it would be a great win for humanity as a whole. But, as of right now, it is still in the beginning phases, likely at least 20 years away from any sort of launch. Till then, though, it doesn’t hurt to continue to peer into the night sky and wonder about our place in the vast universe.

Ethen Kim Lieser is a Tech Editor who has held posts at Google, The Korea Herald, Lincoln Journal Star, AsianWeek and Arirang TV.