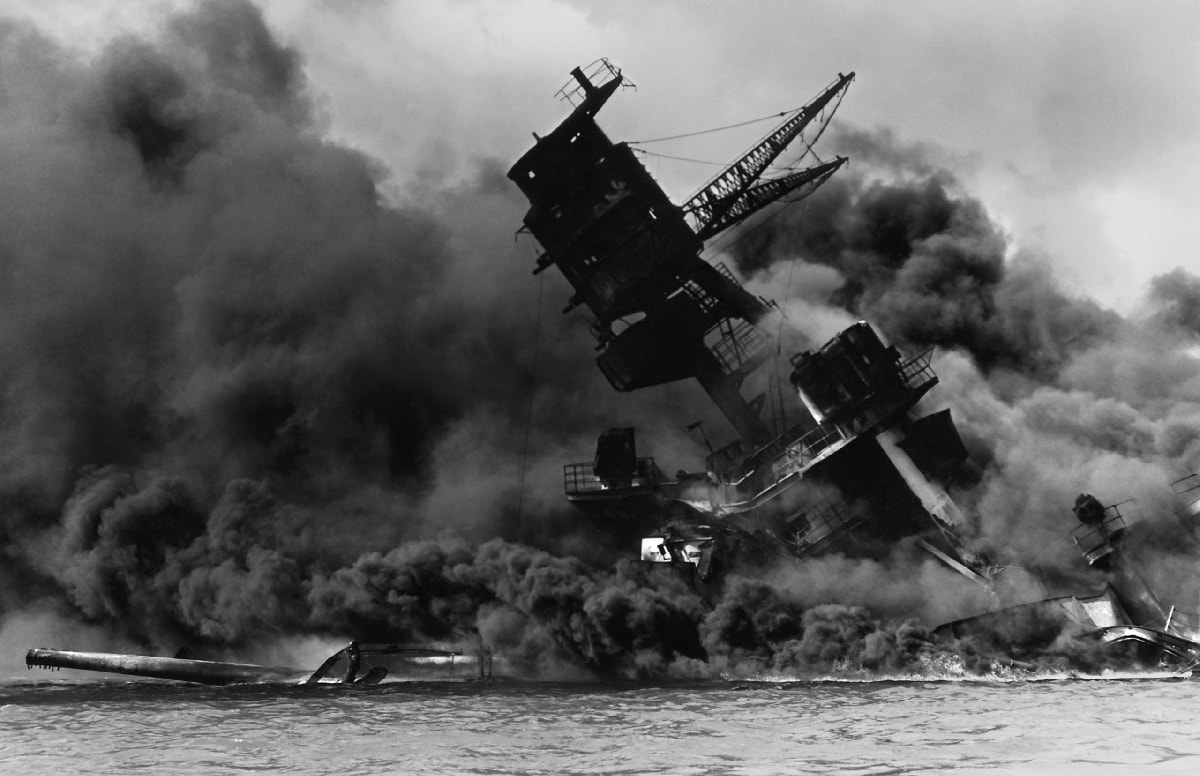 The old proverb “for want of a nail” serves as the basis for many “what if” scenarios, notably where one small moment can have unseen consequences.

In the case of the history of the Second World War, a question is asked as to how Imperial Japan could have won the conflict and in many ways, it could come down to the want of a nail.

This is a topic that has been explored in detail by The National Interest, The Diplomat, and by numerous “alternative history” authors. A victorious Japan – albeit with some help from Nazi Germany – was the basis for much of the story of Amazon’s The Man in the High Castle, which was based on the novel of the same name by noted science fiction writer Philip K. Dick.

However, for Japan to have truly succeeded may have involved not targeting the United States at all which may have filled the sleeping giant with a terrible resolve.

For the Japanese, it was never an issue of whether Pearl Harbor could have been avoided, but rather if the attack was even the best course of action. The attack as it happened did awake the sleeping giant that was America, and more importantly, it failed to be a knockout blow that made it impossible for America to continue the fight. While Japan did essentially conquer the Philippines and Wake Island within months of the attack on Pearl Harbor those territories could have been taken without attacking Pearl Harbor.

It is questionable whether Americans might have been so “gung ho” to go to war for the Philippines while it is doubtful most American civilians had ever heard of Wake Island. Simply put, Americans might not have been eager for a war to defend a de facto colony halfway around the world. Even if it occurred the U.S. Navy might have been lured into sending out its battleships and aircraft carriers, which the Japanese might have been able to destroy. Such a loss might have broken any resolve the giant had.

Japan actually sealed its fate the minute the attack on Pearl Harbor began. It might not be traced back to the loss of a single nail, but numerous factors including the size of its industry, lack of significant allies in the region and ability to control the territory it seized were all factors.

The other half of the question is how America could have avoided Pearl Harbor. The short answer is that it is one of intelligence failures and underestimating the Japanese – but as noted above the hawks in the American military, as well as President Franklin Delano Roosevelt, needed the attack as a way to convince the nation to join the fight against the tyranny of Nazi Germany and Imperial Japan.

There are countless theories on whether Roosevelt – or for that matter, Great Britain’s Winston Churchill – knew that the sneak attack was coming. The truth is that it is unlikely. Military leaders don’t allow such attacks to happen because it is impossible to control the outcome. What if the attack was early and the carriers were sunk, what if the oil facilities were destroyed or what if the Japanese invaded and occupied Hawaii. Those were risks no war leader could take no matter how badly he might have wanted an excuse for war.

However, it is likely that Roosevelt expected an attack, but the when and where were still most certainly unknowns.

In answering the question, how could America have avoided Pearl Harbor one needs to look further back – well beyond the oil embargos of the early 1940s some ninety years.

For Pearl Harbor to have been truly avoided, it could be argued the course to Pearl Harbor began on July 8, 1853, when American Commodore Matthew Perry led his four ships into Tokyo Bay and sought to reestablish regular trade between Japan and the western world.

The Consequence of Opening of Japan:

Japan had previously been open to the Portuguese, Spanish and Dutch – but each sought to “civilize” the Japanese by bringing western culture and religion. Within a few decades the western powers were expelled and only the Dutch were allowed minimal trading rights via Dejima, a small artificial trading island located in Nagasaki.

By the end of the nineteenth century, other western powers followed America’s lead and imposed their conditions on the Japanese. This resulted in a modernization of Japan, which included the Meiji restoration that brought an end to the Tokugawa shogunate and ended the Edo (Tokugawa) era that lasted from 1603-1867 and restored control to the Emperor.

The Japanese soon adopted the ways of their enemies and this included a western trained military. The Army had French and later German advisors, while the Navy sought British advisors and British built warships. Japan was able to defeat its ancient rival China, gaining Taiwan and Korea as colonies for its slowly growing empire.

In 1904-05 the island nation that just half a century earlier was barely a regional power defeated Imperial Russia in a bloody war after launching a surprise attack on the Russian Navy at Port Arthur – an event that should have served as a warning to American military planners in 1941! The attack was designed to neutralize the Russians, but the decisive battle was at the Tsushima Straits where the Japanese fleet under Admiral Togo Heihaciro engaged the Russian fleet and destroyed eight battleships.

During World War I less than a decade later Japan fought on the side of the Russians and helped the British capture the German colony of Tsingtao in China, while Japan also occupied the Marianas, the Caroline Islands, and Marshalls. However, Japan continued to eye territories in China as well as the American held Philippines for future expansion.

This chain of events likely wouldn’t have happened had Perry not “opened” Japan. That isn’t to say that Japan wouldn’t have modernized but perhaps the course may have been different. Without the restoration of Emperor, the Boshin War wouldn’t occur, and as a result, there may not have been any rapid reforms to the military.

Of course, other nations in the region saw forced trade and modernization – some such as Siam (Thailand) that were able to maintain independence, while others like Annam and Tonkin became protectorates and then outright colonies of a western power. Japan’s path was along the lines of the former, and it sought to not only emulate the west militarily but to build economic and trade spheres as well.

The biggest “for want of a nail” moment that could have changed the course of world history came during the Washington Naval Conference of 1921-22, where the world’s largest naval powers gathered to discuss naval disarmament. The goal was to limit the number of battleships that the major powers could possess – despite the fact that battleships really didn’t prove their worth in the recently concluded First World War.

The treaty set a ratio of warship tonnage that allowed the United States and UK to have five hundred thousand tons compared to Japan’s three hundred thousand tons. However, some classes were left unrestricted, notably cruisers. While efforts were made to close such loopholes others were left open. The subsequent London Naval Treaties attempted to modify the limits, but Japan didn’t sign. The Imperial Japanese Navy also began to construct aircraft carriers, with the Hōshō – roughly translated its name as “Phoenix flying” – being the first true purpose-built carrier.

Even with its carrier force Japan may not have attacked Pearl Harbor had it now been for the British Royal Navy’s attack on the Italian Regia Marina at anchor in the harbor of Taranto in November 1940. With just the one carrier HMS Illustrious – joined by two heavy cruisers, two light cruisers, and five destroyers – and just twenty-one dated Fairey Swordfish biplanes, the British attacked the Italian fleet sinking the battleship Conte di Cavour and heavily damaged two additional battleships.

Japanese military planners studied the attack and used it as a model for the attack a little over a year later. Had the Royal Navy’s attack at Taranto not occurred Pearl Harbor might not have been targeted, at least not in an air attack.

Yet the path to the Japanese campaign in the Pacific wasn’t limited to a single event; it was a long path to the war, one that began in 1853 and was paved in 1904 – and that may have made it all but unavoidable.