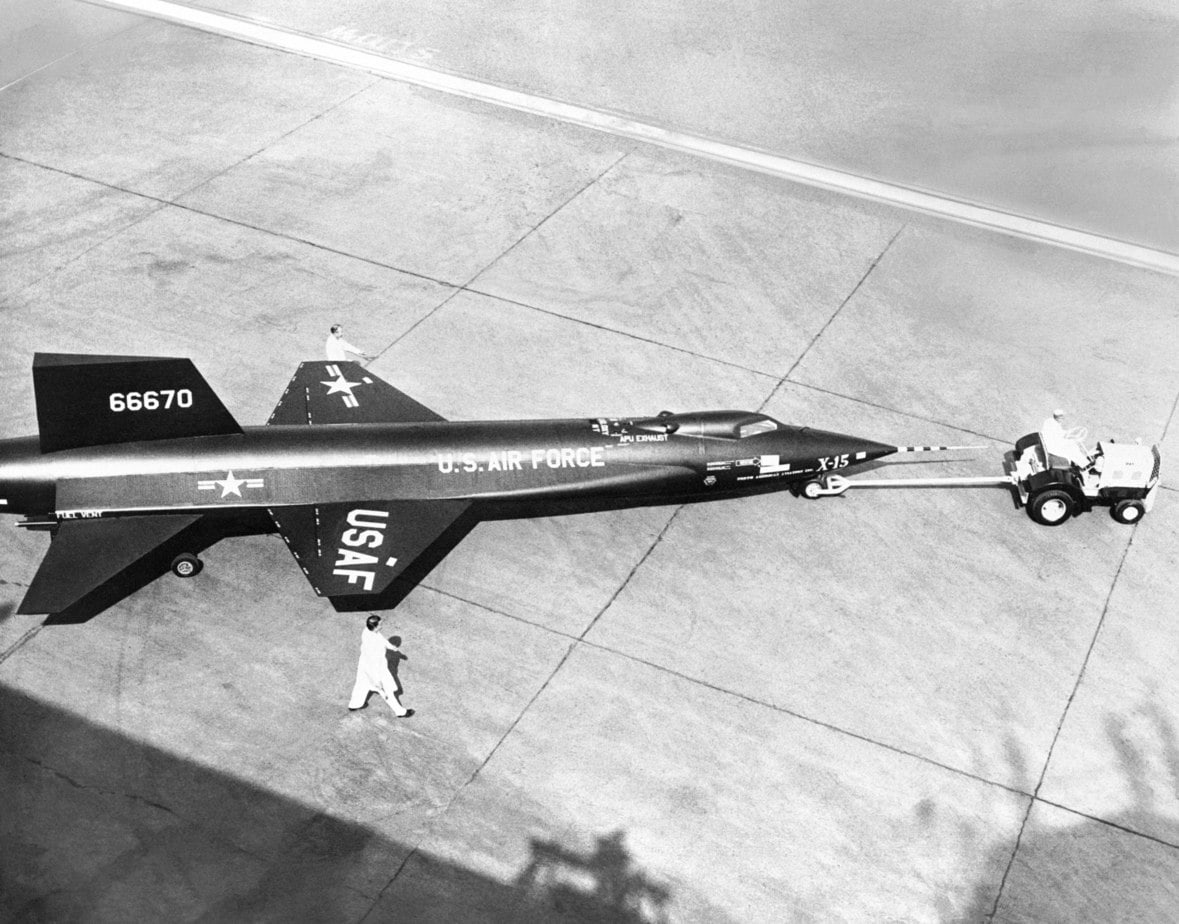 This photo shows the X-15-1 (56-6670) rocket powered research aircraft as it was rolled out in 1958. At this time, the XLR-99 rocket engine was not ready, so to make the low-speed flights (below Mach 3), the X-15 team fitted a pair of XLR-11 engines into the modified rear fuselage. These were basically the same engines used in the X-1 aircraft. X-15-1, serial number 56-6670, is now located at the National Air and Space Museum, Washington DC.

Experimental aircraft – also referred to as X-planes or X-vehicles – have a long and storied history among the United States’ aeronautics and aerospace communities. The United States Air Force, Navy, and the National Aeronautics and Space Administration (NASA), have over the years developed a number of X-planes, and the total list currently includes 56 experimental aircraft. Even the first of these, the X-1, proved to be significant as it became the first aircraft to fly faster than the speed of sound.

NASA is once again renewing its focus on X-planes, and its X-59 experimental aircraft, developed in association with Lockheed Martin’s Skunk Works division, is being developed with the goal of achieving supersonic speeds over land that produce sonic booms which result in reduced noise disturbances on the ground.

Of all of the series of X-planes, however, the one that stands out as the most recognizable and famous – and as perhaps the most productive – is the X-15.

The three rocket-powered X-15s produced by North American Aviation, Inc. conducted a total of 199 flights over a nearly ten-year period from June 1959 to October 1968. The X-15 was part of a hypersonic flight research program designed to test and investigate a number of aspects associated with piloted hypersonic flight, and information gained from the X-15 program would be used in the development of the Mercury, Gemini, and Apollo piloted spaceflight programs as well as in the Space Shuttle Program.

The X-15 also took part in a record-setting flight, when on October 3, 1967, U.S. Air Force test pilot William Knight became the fastest flying pilot ever when he achieved a speed of Mach 6.7, a record that has stood for over half a century.

Even with its impressive technical feats and significant contributions to piloted hypersonic and space flight, the X-15 was not perfect. One X-15 pilot lost his life while operating the aircraft, while William Knight, only a few months before his record-setting flight, managed to safely land his aircraft after its entire electrical system failed.

Good thing, then, that the X-15 came equipped with a very impressive and technologically complex ejection system.

Given the speeds and altitudes at which the X-15 typically operated, a novel ejection system was designed for use with the aircraft. This included the use of a pressure suit that protected the pilot from both the windblast of ejecting at Mach 3 and allowed pilots to survive at altitudes of over 250,000 feet. 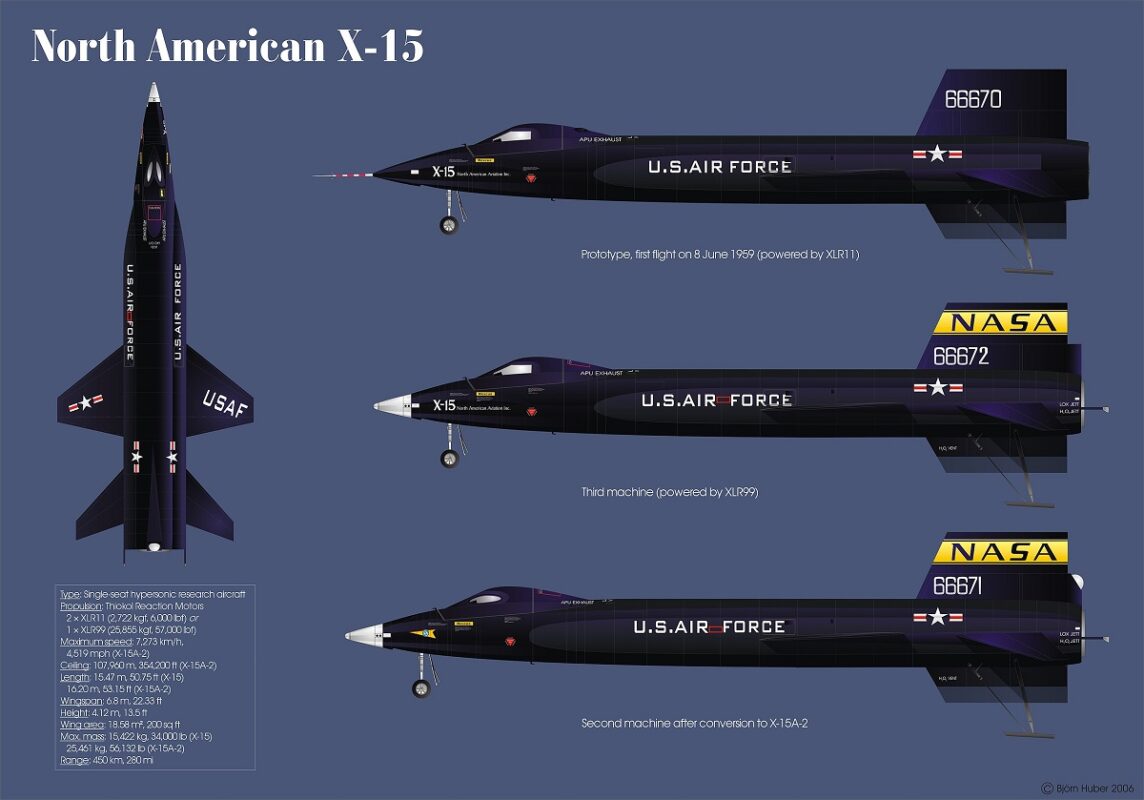 The ejection seat, meanwhile, included measures designed to help transfer weight from the pilot’s rear to the seat given the thrust involved in the ejection mechanism that was required to ensure that the pilot would clear the aircraft’s hypersonic shockwave. Special restraints were also added that prevented the pilot’s arms and legs from flailing during ejection and which helped to protect against heat burns.

Special wings were also added that deployed from the side of the seat to help stabilize it, while telescopic booms added to the front and back of the seat also aided in stabilization and braking.

Indeed, the X-15’s ejection system stands out as one of the aircraft’s more impressive features.