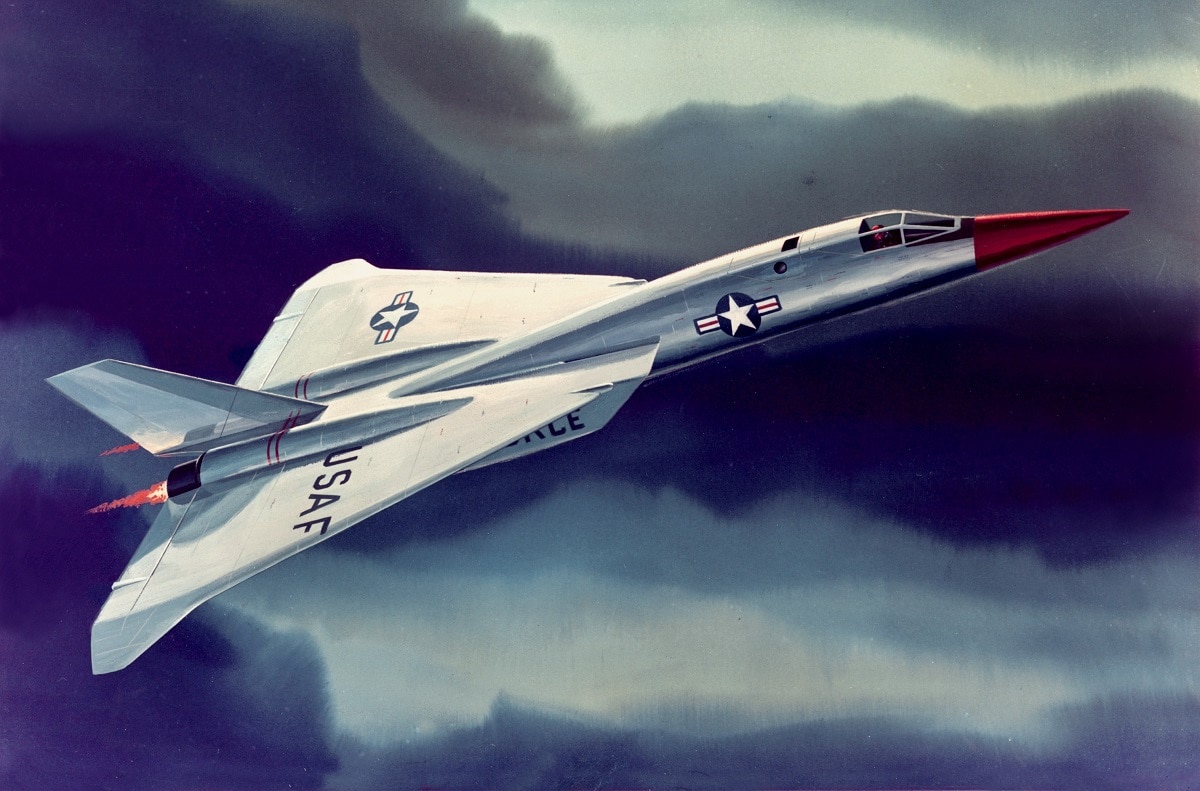 At the outset of the Cold War, American strategic planners obsessed over the threat posed by the Soviet Union’s long-range, strategic bombers. Characterized by very long range and capable of delivering a nuclear payload, the Soviet bomber threat was used by the United States Air Force as justification for quite a few interceptor aircraft designs that would combine high speed, long-range, and a strong defensive armament to fly out and meet incoming Soviet bombers at a moment’s notice.

Some of these designs, like the F-102 Delta Dagger were abysmal interceptors, barely adequate in the role they were built for. Others, like the F-106 Delta Dart were highly capable and long-lived. Still, other aircraft designs like the XF-108 Rapier benefitted from a blisteringly high Mach 3 speed, a colossal amount of fuel, and very long-range armaments — but existed on paper only.

The United States Air Force’s vision for the Rapier was extremely ambitious: a long-range interceptor that could fly at Mach 1.7 at an altitude of 60,000 feet with a range of 1,000 miles. Although the design lacked any bombs, guns, or rockets, it would use then state-of-the-art fire control to shoot long-range air-to-air missiles with the expectation that the interceptor would be able to destroy up to three enemy bombers per flight sortie.

The Rapier airframe went through several different designs, though the final design would have used a modified delta wing with a large amount of surface area, a design choice that would have allowed for a great deal of fuel to be stored in the fuselage and wings. If built according to its final design, the Rapier would have been the heaviest fighter then in existence.

Estimated top speed exceeded even the Air Force’s specifications: the Rapier would have approach Mach 3 speeds. Thanks to the Rapier’s incredibly high speed, the airframe design was considered for a stop-gap role as part of the United States’ Distant Early Warning System, as the Rapier could have scanned hundreds of thousands of square miles per hour.

Still, the Rapier design effort was not entirely in vain: the North American A-5 Vigilante retained some parts of the Rapier design, including fuselage and parts of its weapon system and was in some ways a smaller, less-ambitious Rapier-like design.