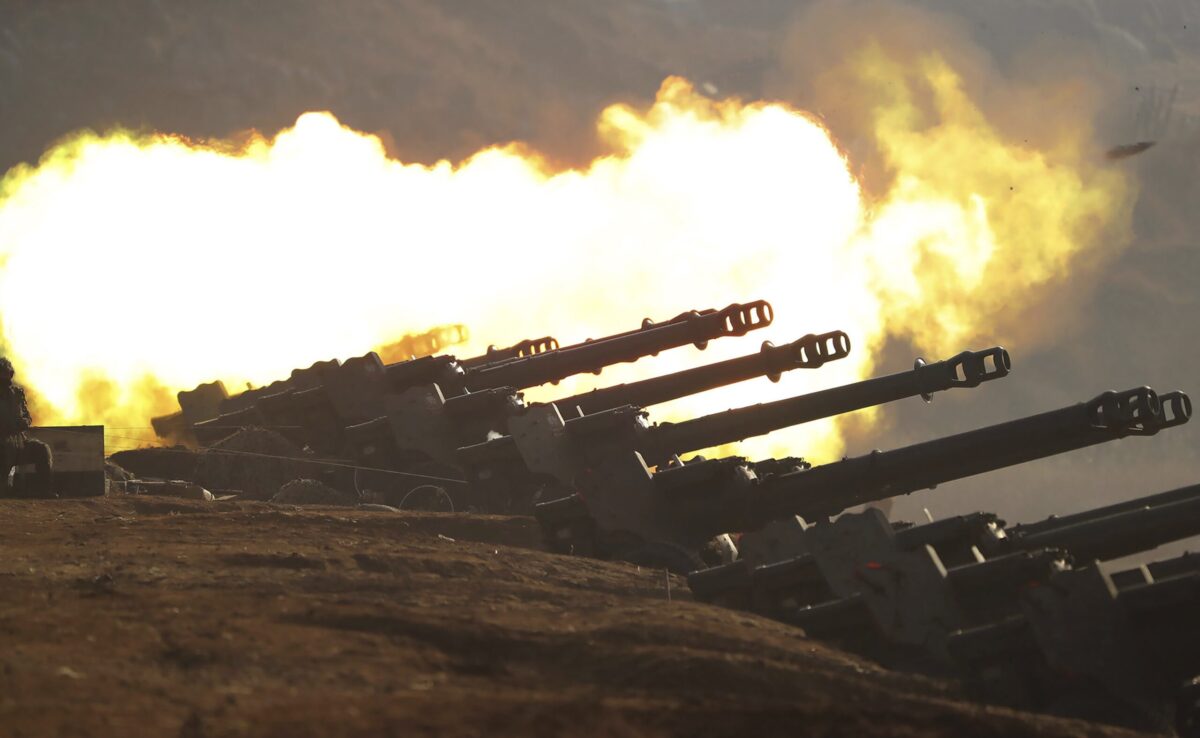 Along with the resumption of major military hostilities, the possibility of a North Korean collapse is one of the most concerning potential scenarios on the Korean Peninsula. While such a scenario is unlikely, it would present both South Korea and the United States with a number of challenges, not the least of which would be the need to secure North Korea’s stockpile of weapons of mass destruction (WMD). This would include both North Korea’s growing arsenal of nuclear weapons as well as its inventory of chemical weapons.

A wide range of potential sources of instability could contribute to a North Korean collapse, including such things as a major humanitarian or refugee crisis brought about by a severe economic shock or food shortage, as well as political instability resulting from the erosion of regime control over either a public increasingly exposed to outside information and ideas or a potentially disaffected group of elites. Given North Korea’s current food issues and the challenges facing it in the form of both international sanctions and the ongoing COVID-19 pandemic, speculation has risen about the possibility of a North Korean collapse. Such an outcome appears unlikely, however, with North Korea having endured significantly worse conditions in the past.

Should a North Korean collapse take place at some point in the future, it would bring with it major security and stability challenges that would impact not just the Korean Peninsula but also potentially the region as a whole. These challenges include a major refugee crisis and the possibility of civil war or factional fighting within North Korea, and also includes the possibility of either intentional or accidental use of North Korean WMDs – including both nuclear and chemical weapons – and the risk of the proliferation of these weapons beyond the Korean Peninsula.

South Korea and the United States have planned for the possibility of a North Korean collapse, and have developed contingency plans for such an event in the form of Operation Plan (OPLAN) 5029. OPLAN 5029 focuses on “sudden change” crisis scenarios in North Korea and designates elements of both U.S. Forces Korea (USFK) and the Republic of Korea Army (ROKA) as a combined force tasked with destroying North Korea’s weapons of mass destruction in the event of a DPRK state collapse.

In the event of a North Korean collapse, South Korean and United States military personnel will likely seek to quickly establish a cordon sanitaire around the DPRK in order to prevent the spread of North Korean WMDs. Establishing this boundary – as well as subsequently engaging in efforts to locate and secure both nuclear and chemical weapons – will likely require the introduction of a large number of additional U.S. military forces, with one estimate suggesting that a further 162,000 U.S. troops would be needed.

North Korea’s arsenal of nuclear weapons is continuing to grow, with one expert recently assessing that the DPRK’s nuclear stockpile is likely between 20 to 60 weapons with the most likely figure somewhere around 45. Important to note that this estimate does not mean that North Korea is currently in possession of 45 nuclear warheads, but that it has stockpiled enough fissile material to produce that many. North Korea’s stockpile is likely to continue to increase in the coming years, which will increase the challenges associated with securing the DPRK’s entire stockpile. North Korea is believed to store its nuclear weapons and materials at dedicated sites, including at an underground facility at Yongdoktong. In the event of a North Korean collapse, U.S. and South Korean military forces would dedicate substantial efforts to securing this and other similar facilities, and to locate any additional nuclear weapons and material storage facilities.

North Korea’s chemical weapons stockpile is believed to be somewhere between 2,500 and 5,000 metric tons. This arsenal is composed of a number of different chemical agents including blister agents, blood agents, choking agents, and riot-control agents, and nerve agents. As with its nuclear weapons, North Korea is believed to store its chemical weapons at dedicated sites, of which there may be as many as 11, while as many as four North Korean military bases may also be equipped with chemical weapons. These would again be a primary target for alliance military forces in the aftermath of a collapse scenario.