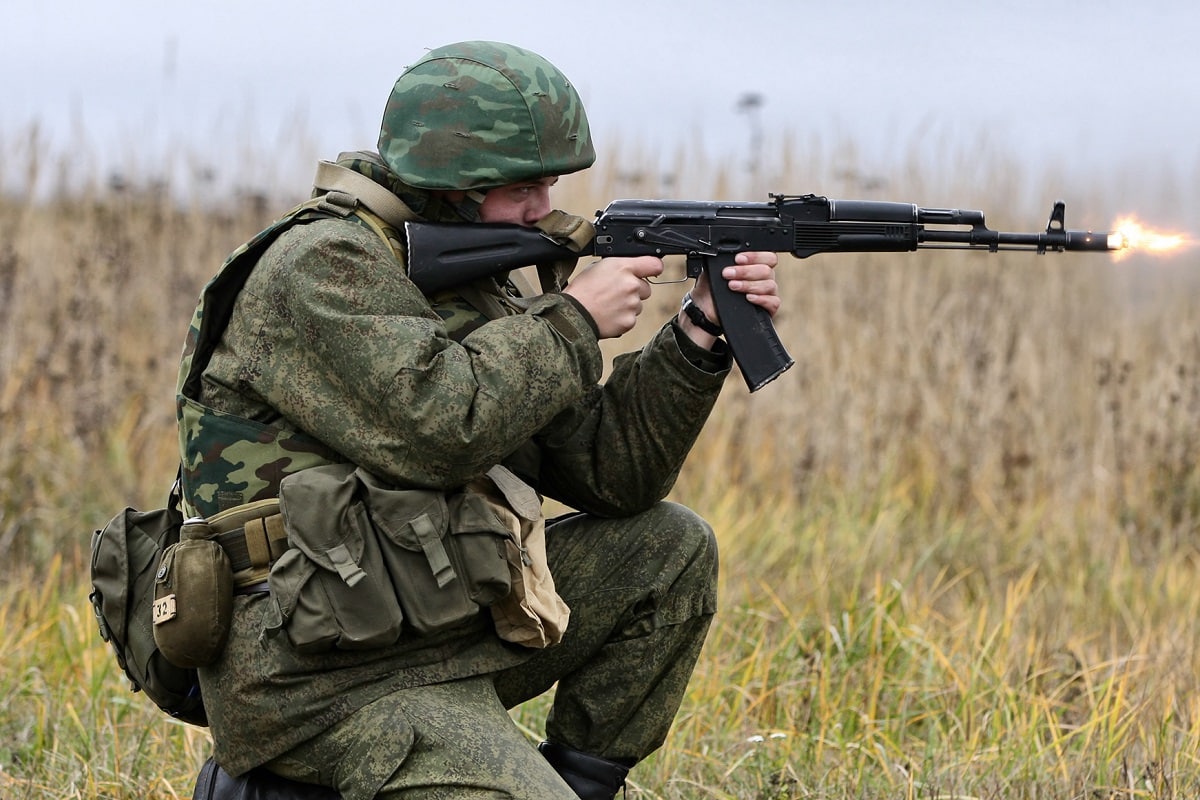 Soviet weapons have a reputation for being reliable, but crude and inaccurate. However, there is often extensive scientific testing behind these weapons. A 1979 report, titled “Shooting effects of automatic weapons” lays out the statistical methodology that was used to test weapons during the Soviet era. There also is a huge resource of firing tables from 1977, that compare accuracy of various infantry weapons. Both experienced and average soldiers were tested with various weapons, from various stances, including firing from moving vehicles, at night, at even returning fire against muzzle flashes at night. From those tests, a measure of average shots to hit or destroy a target was measured against a variety of targets, including helicopters, cars, and enemy personnel. This article will attempt to summarize conclusions that can be drawn from those firing tables, comparing the AK-74 and the AKM.

In pure technical characteristics, the ballistic results for rifles are about the same as those drawn by contemporary American shooters. The AKM has far more drop, dropping 10.8 meters at one thousand meters versus point of aim, compared to the AK-74 which drops only 7.1 meters. While less raw energy is retained at range with the AK-74, the velocity of the round is considerably faster across the board, and the round retains energy better. From one hundred to four hundred meters, the AK-74 loses around 54 percent of its energy, while the AKM loses a good 60 percent.

The Soviets weren’t content to end their analysis there. They also measured practical accuracy, in the amount of shots required to hit. In practical accuracy against a head target at 800 meters, the best riflemen took eleven shots to hit it while prone supported, twenty shots from a foxhole position with rifle supported, and twenty-six shots from prone unsupported. With the AKM, these figures increase to eighteen, twenty-two, and forty-one. Kneeling, the best riflemen were able to hit the head target out to seven hundred meters with the AK-74, albeit expending forty-five rounds to do so. With the AKM, they could only hit it at five hundred meters, expending thirty-six rounds to make that shot. On a chest and head target at three hundred meters with average riflemen from a standing position, the AK-74 took fourteen rounds to make a hit. With the AKM, it took forty-seven. For both experienced and average riflemen, on small and average targets, the AK-74 showed a significant increase in accuracy versus the AKM.

Perhaps one of the most interesting tests is the longer bursts. Soldiers were instructed to shoot at a squad target using long bursts from one hundred to three hundred meters out. The number of shots required to neutralize 50 percent and 80 percent of the squad was recorded, against standing targets, and head and chest targets. From the prone supported position, the best soldiers needed twenty-two shots in long bursts to neutralize half a squad, and fifty-two shots to neutralize 80 percent of the squad with the AKM at three hundred meters. The average soldiers needed fifty-one and 119 shots to accomplish the same tasks. With the AK-74, the numbers for the best soldiers dropped to seventeen and thirty-nine, and to thirty-eight and eighty-eight for the average soldier, a marked improvement in full auto control and accuracy.

Overall, while the pure technical numbers between the AKM and the AK-74 didn’t appear to show much of an advantage for the AK-74, practical tests showed that the superior handling characteristics and ballistics of the AK-74 proved to be incredibly valuable. Small improvements in small arms can yield surprising results in practice, for the average soldier and for the best.