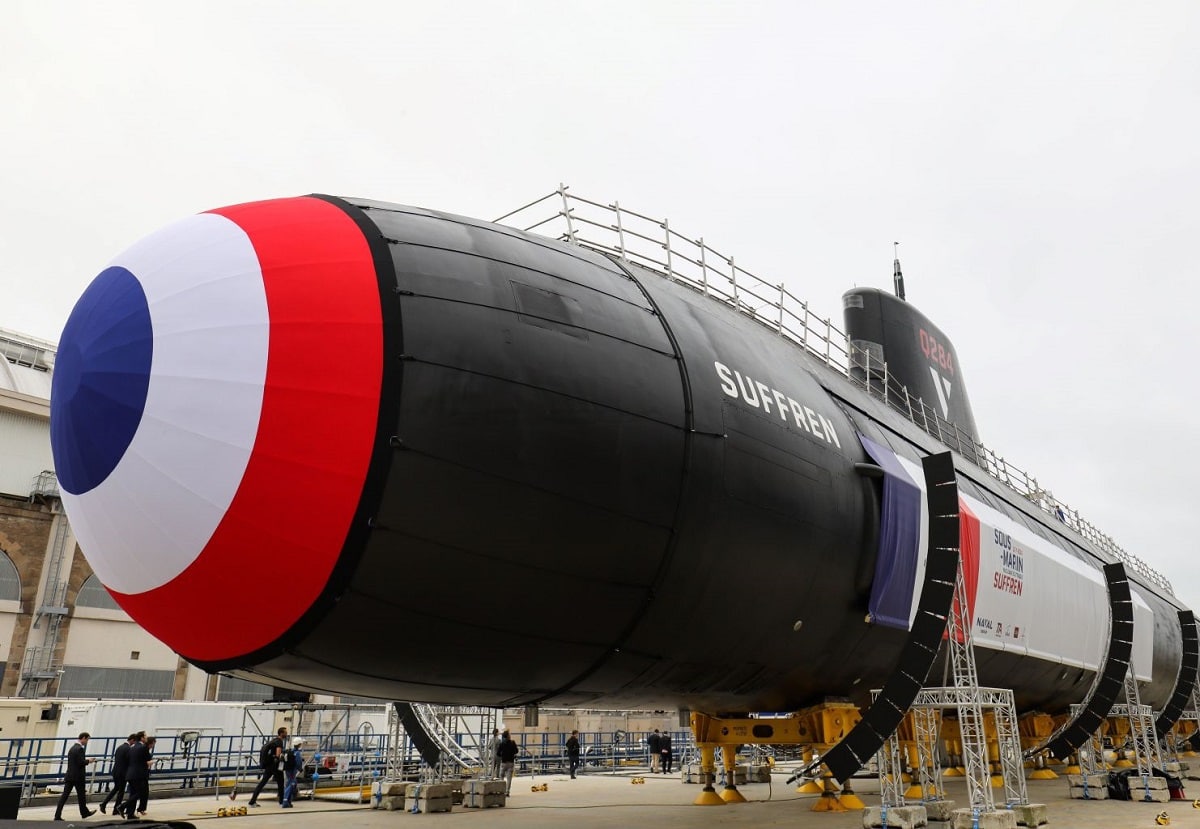 The French Navy reached an important milestone in its Barracuda program, as it took delivery of the first of six Suffren-class nuclear attack submarines (SSN) late last year.

The 99-meter long submarine was delivered from the French-based shipbuilder Naval Group to the French Armament Procurement Agency (Direction Générale de l’Armement, DGA) after the completion of a series of sea trials.

Delivery of the submarine took place in the presence of only a small delegation of high-profile personalities due to the ongoing novel coronavirus pandemic.

Suffren SSNs will replace the aging Rubis-class and will serve as the backbone of France’s submarine force until the 2060s. The arrival of this first of six boats will revamp the nation’s nuclear deterrence capability. Delivery of the five other submarines is expected to take place over the next decade.

More than ten years of studies were conducted to determine the course of submarine development to meet the operational needs of the French Navy. The Barracuda program began in 1998 when it was launched by the French Defense Procurement Agency (DGA), while the associated development contract was notified at the end of 2006. It still took another decade of those studies before the operational needs were finalized.

With the delivery of the Suffren-class spread out over a ten-year period, the program will ensure that the submarine force will be operational until at least 2060.

“What a long way for Naval Group and all its industrial and state partners since the cutting of the first sheet on December 19, 2007, less than a year after the signing of the acquisition contract by the DGA,” said chairman and CEO of Naval Group Pierre Eric Pommellet, during the acceptance ceremony. “The industrial challenges to be taken up were numerous. I salute the commitment of the design and production teams of Naval Group, TechnicAtome, prime contractor for the on-board nuclear boiler, as well as those of the DGA, CEA and the French Navy.”

The construction of the Barracuda submarines will utilize a wide range of exceptional know-how involving the most advanced technologies. According to Naval Group this will include the use of very special types of steel, underwater acoustics performance and weapons systems that will make the Suffren-class one of the most efficient submarines in the world. The nuclear-powered Suffren has a surface displacement of 4,600 tons, an underwater displacement of 5,200 tons, and an immersion depth of 300 meters.

Among the innovative enhancements on the boat is its “optronic” mast, which replaces the telescopic mast. According to Naval Group, this will ensure better collection of visual information and better sharing of this information among the crew. This new feature, combined with advanced detection capabilities, guarantees the superiority of Barracuda submarines in their intelligence missions.

The Barracuda series will provide the French Navy with a real combat superiority and for the first time enable a deep strike capability via MBDA naval cruise missiles (NCM). The vessel can be equipped with F21 heavyweight wire-guided torpedoes and modernized Exocet SM39 anti-ship missiles. Each submarine can accommodate a crew of sixty-five sailors plus Special Forces.