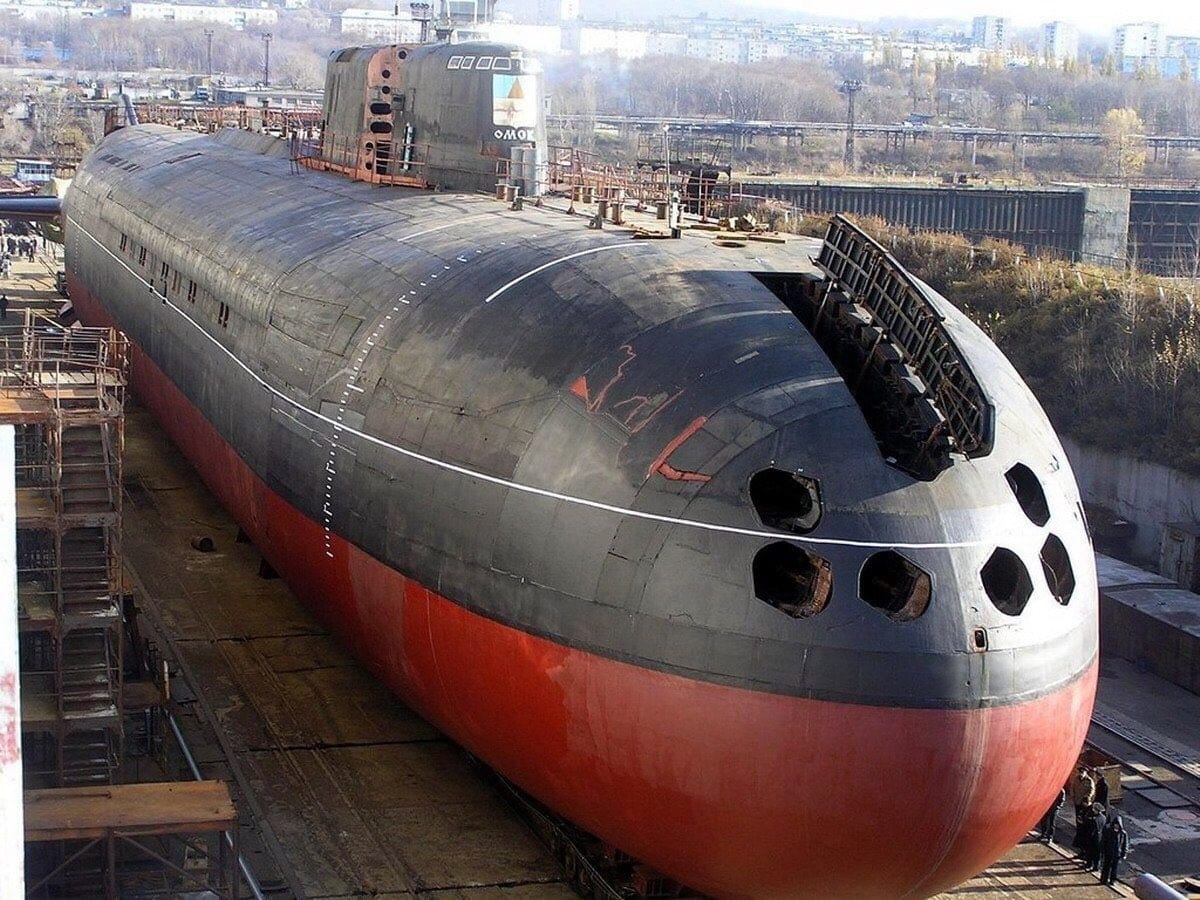 One of Russia’s largest and most complex submarines, the K-329 Belgorod, has officially started its sea trials, as per expert naval analysis.

Interestingly, the Belgorod appears two be capable of two unique but disparate missions.

Unlike most other kinds of submarines, the K-329 Belgorod is able to act as a mothership for a smaller submarine, also nuclear-powered. This smaller submarine is likely capable of very deep dives, which would allow it to conduct a variety of missions on the ocean floor — essentially deep seabed warfare. Though speculative, one of the likely missions the K-329 could conduct in tandem with its midget submarine payload would be cutting or splicing underwater internet and communications cables, mine laying, and a variety of other covert actions.

The Belgorod’s other mission appears to almost be contradictory to clandestine missions: nuclear deterrence. The K-329 is equipped with a total of six Poseidon torpedos. These are no ordinary torpedos, however: rather than packing a conventional high-explosive anti-ship warhead, they are instead tipped with a nuclear warhead. Instead of representing a single kind of torpedo, however, the Poseidon is actually a family of torpedoes thought to have slightly varying characteristics to better engage a wide variety of targets, from carrier strike groups to coastal cities. They are unlike any other kind of torpedos in known existence.

As if the Poseidon’s nuclear payload was not impressive enough, the torpedoes themselves are nuclear powered and thus have a virtually unlimited range making them rather a kind of underwater drone rather than just simply a torpedo. Though difficult to confirm with 100 percent certainty, the Poseidon torpedo is thought to have a very high top speed, possibly over 80 miles per hour and over double the speed of most naval surface vessels.

Part of the confusion surrounding the Belgorod’s two mission profiles is their seeming contradiction: secretive undersea cable manipulation and other missions of a clandestine nature hinge on remaining undetected, whereas launching the world’s largest, fastest, and perhaps loudest torpedo (when in its terminal phase) lies in direct contradiction to remaining undetected.

Much remains to be understood not only about this mysterious new submarine but also about its unique mission profiles. Where K-329 would ultimately be based could shed some light on the project, and if Russian media sources are to be believed, indicates this could be in the Pacific Ocean rather than the Atlantic. Still, much remains to be known definitely. Regardless, the K-329 Belgorod is one of the newest and most advanced submarines currently in the Russian Navy.