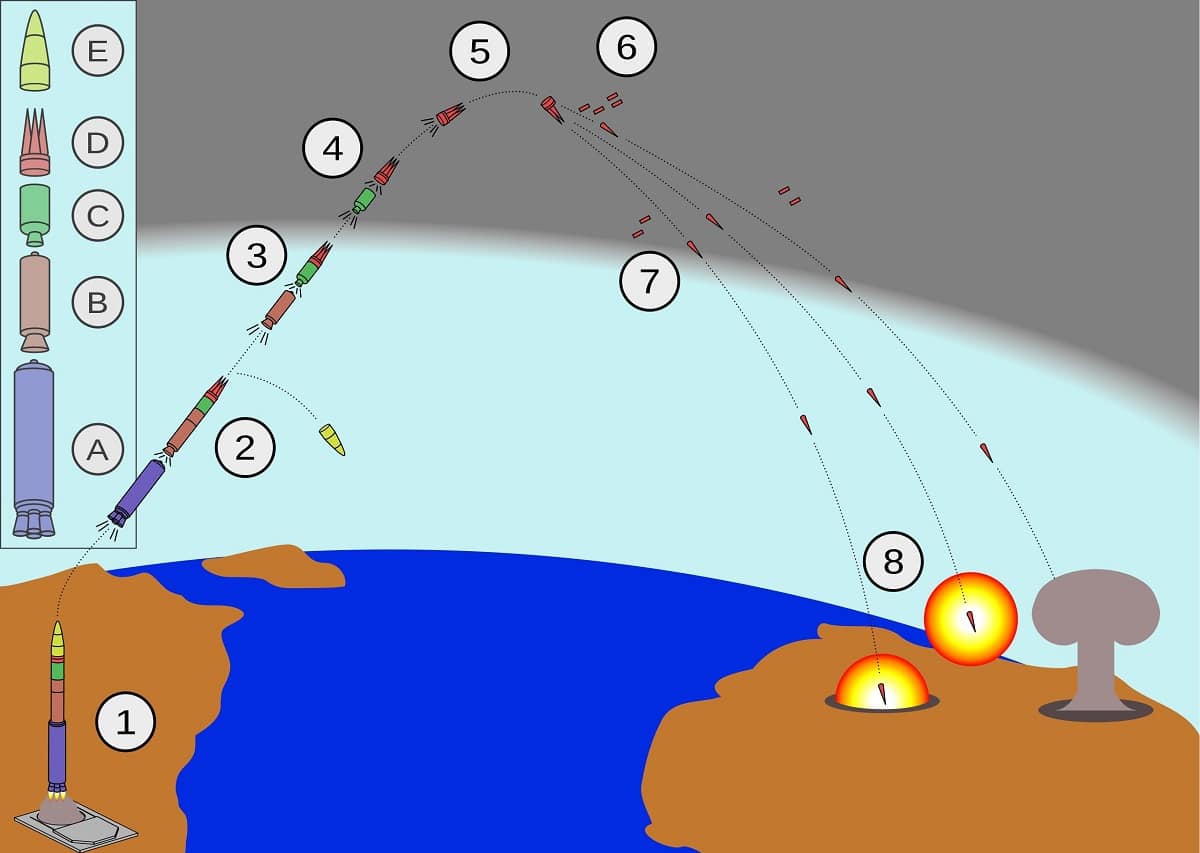 The Point: The United States possesses some of the most powerful nuclear warheads on the planet — and they’ve just been remade.

After 11 long years of work, the Department of Energy’s National Nuclear Security Administration just finished work on revamping the W88 nuclear warhead, finalizing upgrades that will keep the warheads relevant for decades to come.

According to the NNSA, the work on the warheads replaces “the arming, fuzing, and firing subsystem, adds a lightning arrestor connector, and refreshes the conventional high explosives within the weapon to enhance nuclear safety and support future life extension program options.”

Importantly, however, the NNSA specified that the work should be viewed as maintenance and reliability improvements, but does not change the warhead’s military capabilities, i.e. explosive potential, accuracy, or range.

Production of the 475-estimated kiloton warhead began in the early 1970s, and they are thought to number around 400 in total — and when paired with the Trident, they are arguably some of the most potent nuclear weapons in existence.

The Trident is operationally deployed not only by the United States but also by the United Kingdom on Royal Navy Vanguard-class submarines, though with the Royal Navy the warhead is thought to be different from the American W88. They’ve been in American service since 1990, and are believed to have a maximum range of 12,000 kilometers, or nearly 7,500 miles — about 1,000 miles greater than the distance from Los Angeles to Moscow.

The Ohios are the largest submarines ever built for the United States Navy and are charged with conducting nuclear deterrence patrols — essentially lying under the waves and in wait, ready to launch their nuclear payload at any target in the world under the orders of the Commander-in-Chief.

Paired with the Trident D5 — and its brand-new W88 Alt 370 warhead — the underwater, sea-based leg of the United States nuclear triad is secure for many decades to come.

triad, and a testament to the Enterprise’s ability to execute major modernization programs,” Dr. Charles Verdon, Acting NNSA Administrator explained. “As we continue to modernize the stockpile, the successes and lessons learned from this program will bolster our future warhead activities to provide a safe, secure, and reliable deterrent.”