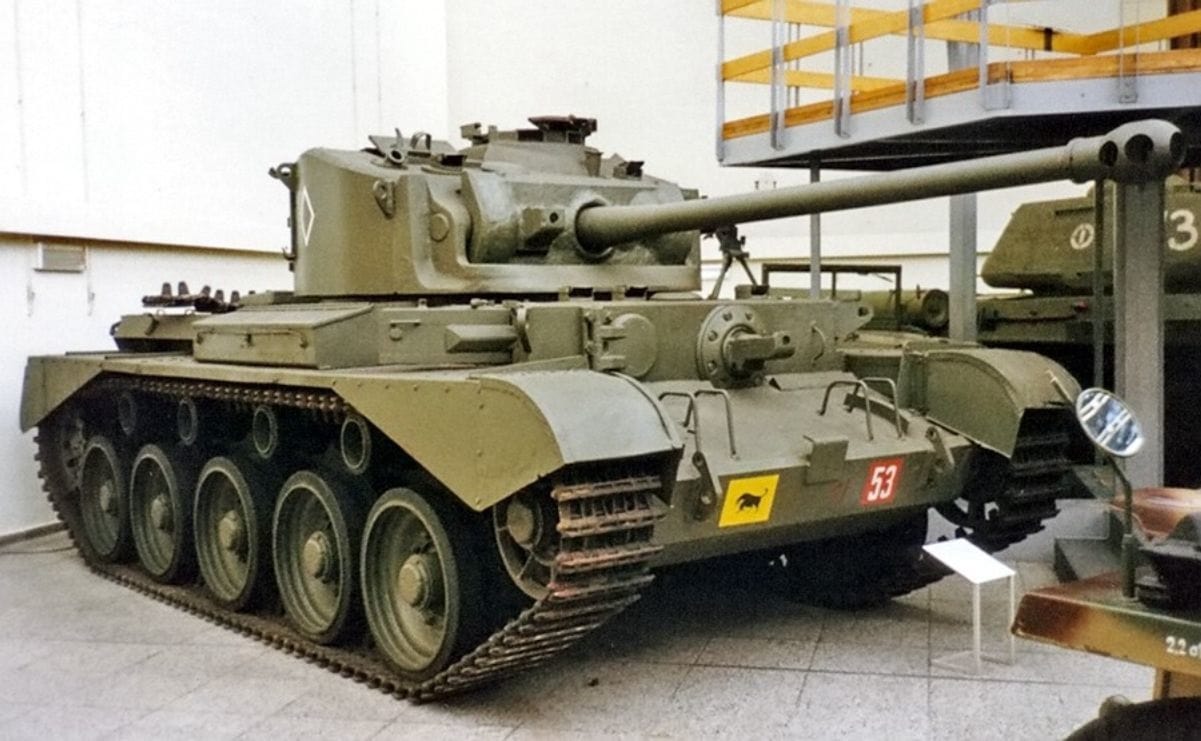 It combined very high mobility and a powerful main gun onto one great platform.

The Comet was a cruiser-type tank that entered service with the British Army in the waning days of the Second World War, shortly before the unconditional surrender of Nazi Germany in 1945.

The Comet design was a natural successor to the earlier British Cromwell tank: both shared a similar turret profile, hull design, and shared the same high-output main engine. Like the Cromwell, the Comet was incredibly fast for its era. On road, the tank could reach speeds of up to 32 miles per hour. This greatly aiding maneuverability, and allowed the tank to outmaneuver virtually any armored vehicle it came up against.

One of the Comet’s great strengths was its drivetrain. Unlike the American Sherman or Russian T-34 tanks which lost power to one track while turning, the Comet was able to maintain power to both tracks while turning and allowed the tank to maintain high speeds while navigating obstacles. Though a boon for battlefield maneuverability, the Comet ran the risk of throwing a track if it made sharp, sudden turns at speed.

One of the Comet’s biggest improvements compared to its Cromwell predecessor was its main gun. While the Cromwell sported a relatively powerful 57mm main gun, capable of reliably engaging most German armored vehicles, the gun lacked an adequately powerful high-explosive cartridge with which to engage static positions like bunkers, buildings, or anti-tank guns.

While the Cromwell could in theory be fitted with a larger diameter gun that offered better high-explosive shell performance, the tank’s turret would have had to been significantly enlarged, increasing the tank’s profile and overall vulnerability, as well as reducing the tank’s anti-armor capability.

The solution was to upgun the Comet with a powerful, high-velocity 17-pounder main gun that could be fitted in a smaller turret. Firing armor-piercing discarding sabot (APDS) ammunition, the Comet could reliably engage virtually all German armor, even from extreme distances. Despite the 17-pounder’s relatively large size compared to the Cromwell’s 57mm gun however, the Comet was able to retain a low-profile cast turret design that proved more resistant to shell hits than the Cromwell’s similarly-shaped but riveted turret design.

The British Army had planned for select armored units equipped with American-designed Sherman tanks to exchange their tanks for Comets in late 1944, but the German Ardennes Counteroffensive prevented the exchange, delaying the Comet’s battlefield service. Ultimately the incredibly solid Comet design came too late in the war to make a significant impact on the battlefield, though it did experience some combat during the Allied crossing of the Rhein and subsequent combat operations within Germany.

After the end of hostilities in Europe, the Centurion tank gradually entered service alongside the Comet, and later supplanted the smaller tank. Still, the Comet enjoyed a relatively long service life in Britain’s former colonies, where it was exported in moderate numbers. 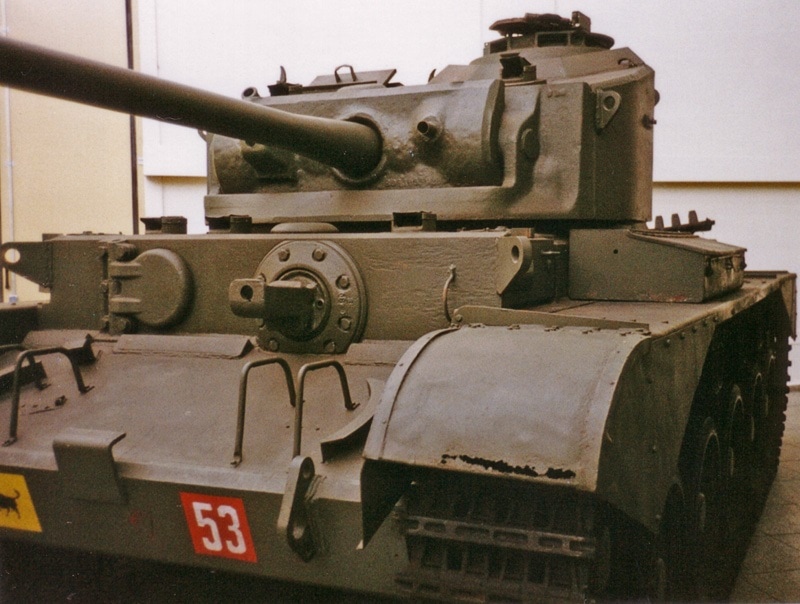