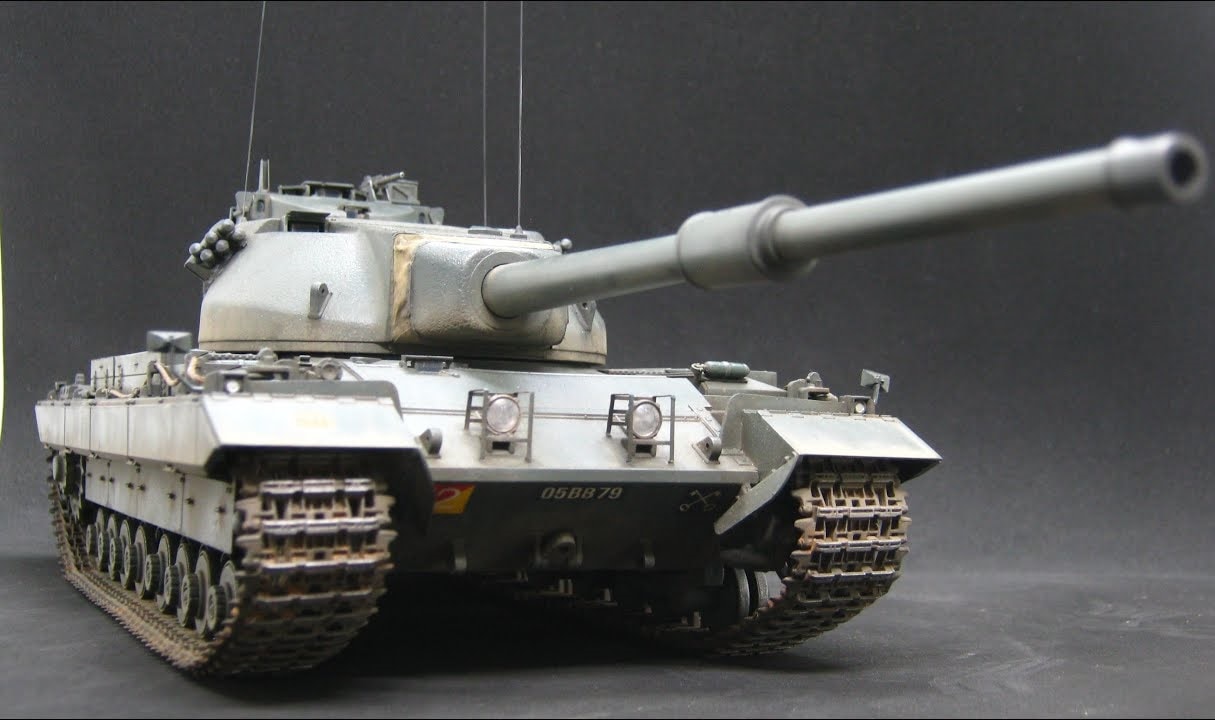 It was one of the best protected heavy tanks of the early Cold War years and sported a massive main gun — but didn’t serve for very long. Here’s why.

The Conqueror was the last of the British heavy tanks built during the early years of the Cold War to counter developments in Soviet heavy tank design. In particular, the British feared that the mighty Soviet IS-3 heavy tank, with its very thick armor, squat low-profile design, and hugely powerful 122mm main gun, could be used to punch through Allied defenses in West Germany.

For its era, the Conqueror was an incredibly well-armored and robust heavy tank. The Conqueror’s turret face was fully 7 inches of rolled homogenous steel armor, and the sides of the turret were a respectable 3.3 inches thick.

One of the Conqueror’s most significant shortcomings was its powerplant, the Rolls-RoyceMeteor engine. Originally developed to power aircraft. Unfortunately, the engine couldn’t generate the necessary power output to propel the 64-ton heavy tank at adequate speeds. Consequently, the Conqueror’s main speed was a paltry 21 to 22 miles per hour.

Still, despite the inadequate engine, the Conqueror was regarded as a fairly nimble vehicle off-road thanks to its low ground pressure, facilitated by very wide tracks, as well as the tank’s high ground clearance.

In addition to a pair of general-purpose machine guns — one turret mounted and operated by the tank’s commander — the Conqueror sported a massive 120mm main gun, the same gun mated to the United States’ M103 heavy tank. Though a 120mm main gun is now virtually a world standard for main battle tanks, at the time, the Conqueror’s gun was particularly large, with enough range to engage enemy positions and armored vehicles from extreme distances.

One of the tank’s unique features was the commander’s cupola which sat atop the Conquerer’s turret. The commander could rotate the cupola independently of the tank’s turret, allowing him to call out targets and their ranges to the gunner on the fly, and allowed the Conquerer to have a speedy target acquisition time compared to other tanks of the era.

Ultimately the Conquerer did not have a particularly long service life. The heavy tank’s smaller Centurion counterpart would eventually go on to have its firepower upgraded with the introduction of a powerful 105mm main gun. While the Conqueror could match or outshoot the Centurion, the advantage was negated by the Conquerer’s higher weight and lack of comparable mobility. By the mid-1960s, the British Army had retired the mighty Conqueror.