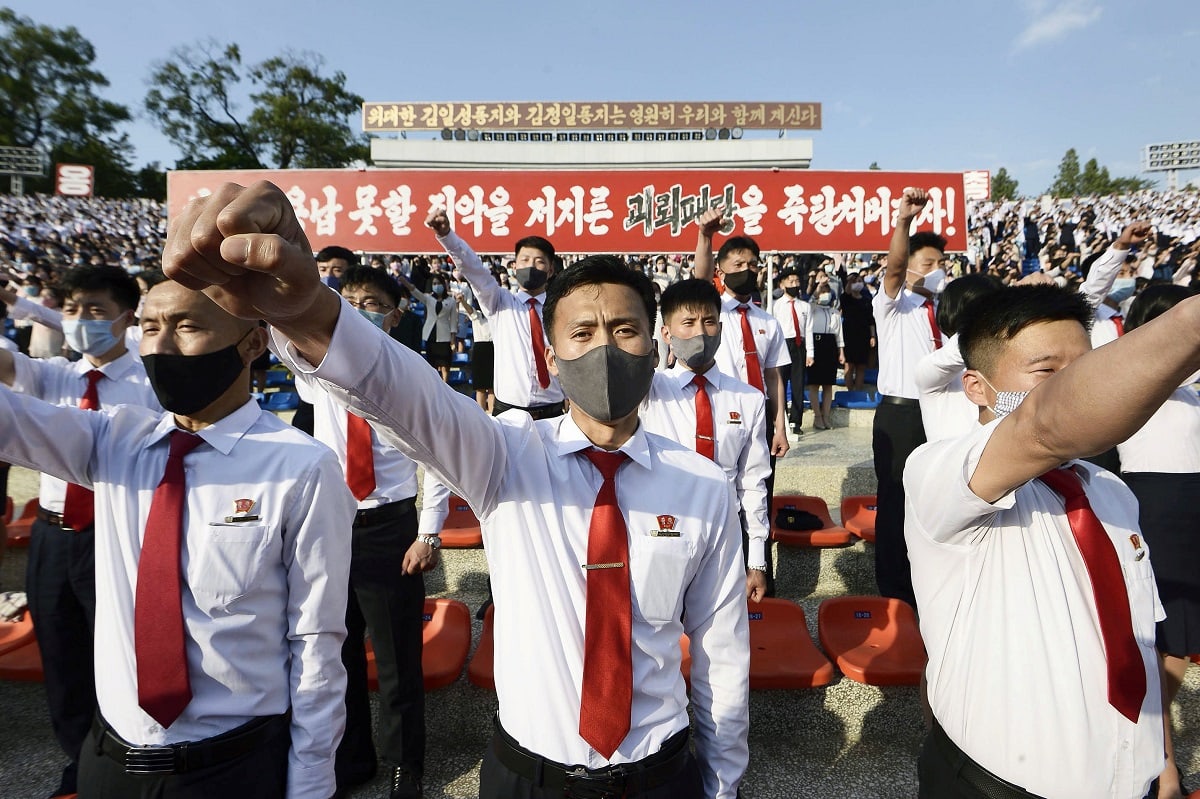 Shortly after the outbreak of the COVID-19 pandemic, North Korea quickly closed off its borders to both trade and international travel while also implementing strict domestic quarantine measures. These COVID-19 prevention measures remain in place today, and are having a significant impact on the North Korean economy, and are contributing to the DPRK’s current food challenges. Indeed, some experts have argued that North Korea’s efforts to prevent the spread of COVID-19 within its borders have done more to isolate and squeeze the country than the extensive international sanctions regime that has been levied against the country.

That North Korea is willing to endure this self-inflicted damage is reflective of the combination of a lack of reliable access to healthcare for many people in North Korea and the poor quality of the healthcare that is available. Were North Korea to experience a major COVID-19 outbreak, it would likely prove to be uncontrollable and would result in a substantial number of fatalities.

Starvation or Pandemic: A Crisis In the Making?

North Korea was one of the first countries to take significant action in response to the emergence of the COVID-19 virus in China, and by January the DPRK had entered into what remains the world’s most stringent set of COVID-19 prevention measures. North Korea shut its borders to international trade – even with China, the country’s most important trading partner and its economic lifeline – while also halting travel to the country by canceling flights and closely monitoring the movements of international diplomats and aid workers operating in the country. In addition, the North Korean regime put into practice its decades of experience in monitoring, directing, and restricting the internal movement of the North Korean people by instigating a strict quarantine for as many as 8,000 people.

These COVID-19 prevention efforts have had significant detrimental effects on the DPRK. As a result of the border closures, North Korean trade with China has plummeted, hitting record lows on several occasions. The absence of trade has resulted in a lack of commodities and consumer goods in the country – including in Pyongyang – while prices of goods that are available have skyrocketed.

More worrying has been the impact of the COVID-19 prevention efforts on North Korea’s food situation. North Korea is currently experiencing what appears to be a significant food shortage as a result of problems with the country’s agricultural sector in the aftermath of deadly weather events last summer, and the price of staple foods including both rice and corn has risen dramatically. These challenges have been compounded by the border closures, which have prevented imports of food and important agricultural supplies such as fertilizer and farming equipment. A recent leadership shakeup in response to a “grave incident” involving COVID-19 was reportedly the result of the North Korean military’s decision to import rice from overseas without authorization, which was considered to be a major breach of the country’s COVID-19 prevention efforts.

For North Korea to remain so committed to its COVID-19 prevention measures, despite their major negative effects on the country, likely reflects a realization on the part of the regime that a major COVID-19 outbreak in North Korea would be devastating.

While North Korea continues to maintain that it has not yet detected a signal positive case of COVID-19, it is likely that the virus has made its way into the DPRK in some capacity. Should North Korea experience a major outbreak of the virus, it will likely prove to be devastating because of the poor state of North Korea’s healthcare system.