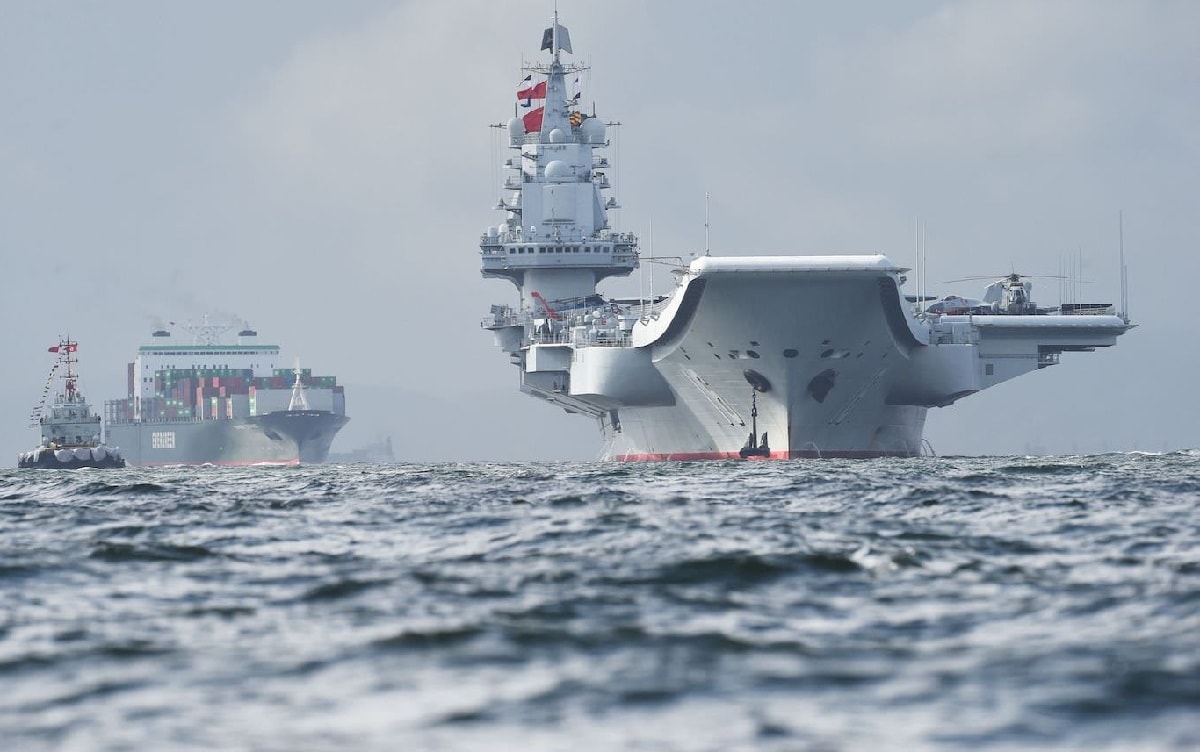 Could Communist China blockade Taiwan, which mainland boilerplate portrays as a wayward province?

Sure. And the People’s Liberation Army (PLA) would doubtless do so should Xi Jinping & Co. opt to settle the cross-Taiwan Strait stalemate by force. At the same time, it’s doubtful that PLA commanders would make a naval blockade their main effort to subdue the islanders. They would undertake a blockade as an adjunct to more decisive measures such as a cross-strait amphibious offensive.

The PLA could deploy a blockade to stretch and thin out Taiwan’s defenders around the island’s perimeter while Chinese forces ready a concentrated blow across the strait. China hopes direct action will yield clean and swift results, letting it present Asia, America, and the world a fait accompli—a done deal. A blockade could enhance its prospects of success around the margins.

But wouldn’t a blockade spare China the hazards, costs, and diplomatic blowback of a cross-strait assault?

Well, blockades come with dangers of their own. Most notably, they are slow-moving affairs. By itself no blockade can deliver the speedy results Chinese leaders want. Quite the reverse. Explains naval historian Julian Corbett: “Unaided, naval pressure can only work by a process of exhaustion” whose effects are both gradual vis-à-vis its target and “galling both to our own commercial community and to neutrals.”

A long, slow grind that affronts everyone is precisely what Beijing hopes to avoid, and for the reasons Corbett lists. Therein lies the opportunity for Taipei.

The PLA Navy could station ships either hard by Taiwanese harbors or at a distance to intercept shipping. Its goal would be to starve out the islanders, depriving them of natural resources necessary to power a modern industrial economy. That would take time and inflict massive human suffering. Starving out a free people is not a good look diplomatically—especially for a regime fresh off crushing freedom in Hong Kong and instituting concentration camps in Xinjiang.

It would gall the international community, as Corbett prophesies.

In light of these realities, combatants typically find blockades unpalatable except as accompaniment to more direct strategies. But they are not easy even then. For example, the American Civil War demonstrates how dicey the politics, legalities, and strategy of blockades can get. Three quick points from that intra-American bloodletting.

One, what foreign powers think matters—and the language political leaders use to describe things shapes how they think and what they do. At the outset of war the Abraham Lincoln administration mistakenly announced that the Union Navy would impose a blockade on the breakaway Confederacy. Mistakenly because a blockade is a legal act of war. It confers status and a measure of legitimacy, signifying that a combatant might prevail and take its place in the society of nations.

Think about it. War is something lawful belligerents do when they cannot resolve their differences through diplomacy. Union leaders wanted to brand the Confederates insurgents or pirates—denying the South any patina of legitimacy and discouraging foreign powers from granting it diplomatic recognition or otherwise involving themselves. The official narrative held that the war was a purely internal matter. And yet Washington couldn’t walk back its diplomatic and legal blunder. The early misstep left open the possibility that European powers might interject themselves into the struggle.

They might mediate a peace that left the Confederacy standing as an independent nation.

And indeed Great Britain and France did contemplate embroiling themselves in the fracas through diplomacy. In the end their go/no-go decision rode on the fortunes of the battlefield. Neither London nor Paris was prepared to risk diplomatic capital on a likely loser, but Europeans might back a South whose armies fought to a stalemate. Not until it became apparent that the Union would prevail in the Civil War, sooner or later, did the great powers abandon fancies of intervention.

Historian Samuel Flagg Bemis tenders a glum verdict on this episode: “Domestic strife invites foreign difficulties. This is an axiom of diplomacy.” And it is an axiom Xi Jinping cannot flout any more than Abraham Lincoln could. Chinese Communist magnates have reason to dread outside entanglements during a cross-strait war. All the more reason to do something uptempo rather than trust to a slow-paced, politically fraught strategy like a blockade.

Two, if the American Civil War highlights the problems innate to naval blockades, it also seems to have revealed some solutions to Beijing. Any power that covets quick victory in a limited war tries to isolate its opponent diplomatically—and therefore militarily. It forestalls intervention. Isolating the foe simplifies the strategic problem, keeping the encounter to a one-on-one fight. For Chinese officialdom, studying the Civil War suggested a diplomatic strategy to discourage the United States from interceding on Taiwan’s behalf.

Chinese Communists are masters of deploying wordplay for political effect. In 2005 Beijing enacted a law reserving the right to use armed force to settle the cross-strait impasse. It rendered the law into English under the title “Anti-Secession Law.” The word choice cannot have been accidental. Depicting the law as a measure against “secession” rather than the more precise translation, “national splittism,” seems to have been an effort to conjure up the Civil War in the minds of U.S. political leaders and the electorate.

The mainland cast itself in the role of the North. That makes Taiwan the South.

China’s strategy may seem too clever by half, but it actually makes sense. In American memory, secession is what slaveholding rebels—evildoers and enemies of national unity—do. What U.S. president risks war to save a modern-day Confederacy? Now, the likeness between liberal Taiwan and the Confederacy doesn’t pass the giggle test. But some Americans might buy the comparison. At a minimum Beijing could hope the analogy’s visceral emotional impact would induce Washington to hesitate while debating policy and strategy toward the conflict.

Hesitancy would grant the PLA time to complete its mission of conquest. And again, time is what it needs. If China did center its strategy on a blockade (or another peripheral strategy such as aerial bombardment), such a respite could partly alleviate the pitfalls of gradualism of which Corbett wrote. This was a diplomatic stratagem worth trying, no matter how the PLA decided to proceed in the strait.

Whether word games work is another question. It is doubtful foreign capitals sincerely believe China’s effort to discredit Taiwan. They might placate a bombastic China in peacetime. They might even revoke diplomatic recognition for Taipei. It’s quite another when Chinese warships and warplanes try to strangle an open society fighting for its life. That’s not a good look for China diplomatically. It’s a brutal look—and it would cast disrepute on any narrative portraying Xi’s China as Lincoln’s Union.

Beijing probably fears outsiders will come to Taiwan’s aid when forced to choose. All the more reason it hopes to use cruelty well—incisively and swiftly—rather than settle for a strategy of incrementalism that might come to naught.

And three, the American Civil War holds strategic and operational lessons for China. They will come as cold comfort to PLA overseers. Historian Alfred Thayer Mahan, who served on blockade duty with the Union Navy, jeered at his navy’s rickety cordon in retrospect. Mahan maintains that a sufficiently numerous Southern populace could have built a serious navy. Southerners could have gathered forces at some place along the Union perimeter and punched through to the high seas.

Yet they did not—and the Northern blockade held. So Beijing should take heart. It too commands overbearing demographic, industrial, and economic advantages over its opponent. It too could prevail through naval pressure alone. Right?

Not necessarily. Taiwan bears little physical resemblance to the American South, a sprawling, thinly populated region suffering from distended, permeable land frontiers with its enemy. Rivers were another strategic liability. Mahan notes that Confederates “admitted their enemies to their hearts” once the Union Navy forced its way past New Orleans into the Mississippi River, and thence into the deep continental interior. Union sea power sealed off the South with a blockade while dismembering it from within.

But Taiwan is more like Cuba, an island Mahan acclaimed as a mini-continent whose inhabitants could outflank a blockade. It was blessed with natural resources, making its populace hard to starve out. Blockade runners could shift from side to side, probing for and exploiting soft spots in the quarantine line. Mahan deemed Cuba prime real estate for a U.S. Navy base during the age of British maritime supremacy, when a naval war in the Caribbean Sea or Gulf of Mexico remained far from unthinkable, albeit improbable.

The comparison to Cuba should give heart to Taiwan’s defenders while giving China pause. The likeness between Taiwan and Cuba is inexact, as all comparisons are. The most glaring difference: Cuba rambles on for some 700 miles between its western and eastern tips, while Taiwan runs only about 240 miles from north to south, its major axis. Acreage matters. And yet Taiwan has rugged and indented shorelines, mountainous topography, and a populace with intimate acquaintanceship with its strategic features. It has advantages of its own to offset geographic size. Its armed forces must turn them to maximum effect.

The Cuban example suggests how Taiwan’s defenders can overcome not just a blockade but an amphibious onslaught. Beijing needs to win in a hurry, denying the island and its protectors time to react in force. Taipei mainly needs to stall for time. It needs to prolong any cross-strait war, reminding the international community it is a fighter while allowing the United States and potentially other rescuers time to marshal a response, fight their way to the scene of combat, and make a difference. Studying the American Civil War could pay dividends for Taiwan as well as China, showing the island’s guardians how to make trouble for their archfoe through diplomacy, law, and military strategy.

And troublemaking is what it’s all about. Strategic guidance from Corbett: make things worse to make them better. Use every resource at your disposal to make maritime operations galling for China—and for everyone else—and you may endure.