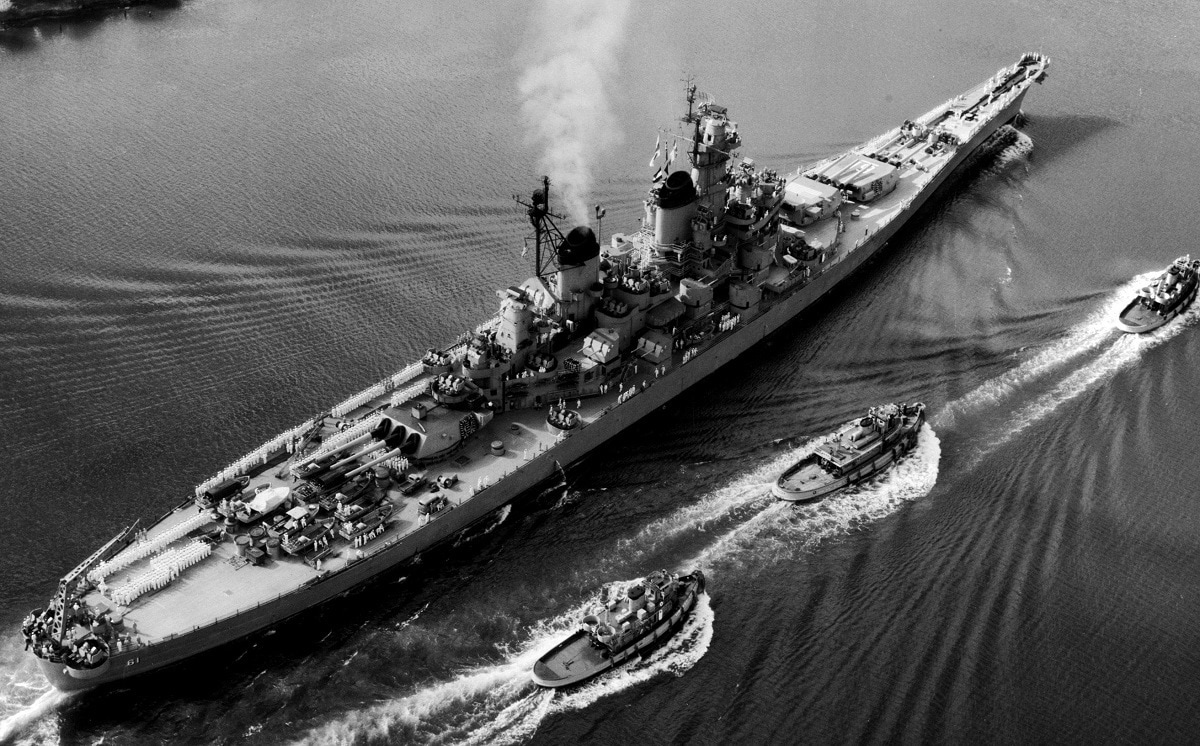 For Western nations, the answer is uncomplicated: North Korea, backed by China and the Soviet Union, launched an unprovoked invasion of its southern neighbor in 1950.

An alternate history has been presented in Chinese textbooks, one in which the illegitimate lackeys of Western imperialists in the South attacked first, but China and the Soviet Union intervened to prevent an aggressive American invasion that threatened to sweep into China. The fact that a significant portion of North Korea’s population perished due to extensive U.S. bombing has made some sympathetic to the suffering of the small nation.

Let’s assess the persuasiveness of these competing understandings of an admittedly complicated conflict. Korea was a formerly unified state that was occupied by Japan early in the twentieth century, then divided by the Soviet Union and United States at the end of World War II under improvised circumstances. Was the government in North or South more authentic and legitimate, and thus justified in attempting to overthrow the other?

In truth, both governments had effectively been installed by their respective backers to the exclusion of ideologically inconvenient opponents. Opposing political factions were simply not permitted in the North; in the South, there was a left-wing opposition, but its leaders were mostly arrested or assassinated.

The Korean Communist Party arguably may have had stronger grassroots support at the outset of decolonization; on the other hand, the conservative administration in the South was elected by a UN-backed election in 1948. Both North and South were client states of global superpowers, but their respective autocrats were independent-minded enough that it would be wrong to call them puppets.

Who Had the Means and Intent to Start a War?

As the issue of legitimacy is inconclusive, consider the matter from another angle. Wars are sometimes sparked by over reactions and miscommunications—but more often, they happen because one side believes it has the means to overpower the other by force and decides to do so.

South Korea in 1950 had a population of over twenty million. Its president, Syngman Rhee, had spoken of his desire to reunify Korea by force and spurned offers of negotiation from the North. But a war requires more than just tough talk. It requires concrete plans to invade and an army capable of doing so.

The South Korean army numbered around a hundred thousand personnel on the eve of the Korean War, two-thirds of which are combat troops. They were equipped with surplus small arms and light vehicles given by the United States, and were receiving some training from a small American advisory group. A substantial number of these troops were engaged in a bloody counterinsurgency campaign against leftists that was winding to a close.

The Republic of Korea Army had no tanks, which are necessary for rapid offensive warfare. It had only a few battalions of 105-millimeter howitzers for artillery support. Its heaviest armored vehicles were a few dozen M8 Greyhound armored scout cars.

The ROK Air Force counted a single squadron of AT-6 Texan trainers and a dozen unarmed utility aircraft. It had no combat aircraft.

Now consider the North Korean side, which, at 9.6 million, had roughly half the population. However, the Korean People’s Army had more than twice the number of troops, at well over two hundred thousand, mostly concentrated on the border.

The KPA fielded over three hundred T-34/85 medium tanks, a capable design from late in World War II that was nearly impervious to the weak antitank weapons available to South Korea. Backing them up were two hundred artillery pieces, more than enough to smash South Korean border fortifications.

North Korea also had over a hundred Yak-9 fighters and Il-10 Shturmovik armored attack planes in its air force. Though outdated compared to the new jets entering service, they were quite effective for attacking ground troops without air cover and air-defense weapons.

Tanks and warplanes do not magically materialize in a recently decolonized state, nor do they come cheap. They were given to North Korea by the Soviet Union. Similar offensive weapons were not sold or transferred to South Korea.

Like Synghman Rhee, North Korean leader Kim Il-sung also wished to reunify Korea. In March 1949, the former Red Army officer had traveled to Moscow to request the permission for an invasion of the South. However, Stalin thought it too risky, with too many American troops close at hand to intervene.

In April 1950, Kim secretly visited Moscow again. By then, the situation had changed. The Soviets had detonated their first nuclear bomb, Mao Zedong had secured his control of mainland China and U.S. forces in Asia were drawing down.

Stalin gave his blessing for an invasion, on the condition that the Chinese stand ready to back up North Korea if necessary. In addition to the heavy weapons, the Soviets also provided veteran officers to help plan the attack. Scholars disagree as to whether Stalin hoped Kim would prevail quickly, or if he was counting on drawing the United States into a lengthy conflict at the expense of its commitments to Europe, as he claimed in a letter that August.

Either way, it is clear which party had both the intent and means to start a war.

At 4 a.m. on June 25, 1950, the North Korean military juggernaut surged into motion, beginning with a combined tank-infantry assault on the isolated Ongjin Peninsula. By June 28, it had already captured the South Korean capital of Seoul. The Republic of Korea Army crumpled before an onslaught it could not possibly contain, and fled south.

Curiously, North Korea claimed that South Korean opened fire first. This could be true in a narrow sense: North and South Korean troops had engaged in no fewer than four hundred border clashes prior to the North Korean invasion. The skirmishes were initiated by both sides, and some even involved regimental formations.

One incident cited by North Korea was a South Korean propaganda report on the second day of the war, claiming that its troops had captured Haeju, a city in North Korea. Pyongyang claimed this could only have happened if South Korean troops had attacked first, inciting a counterattack.

However, a coordinated invasion is not an action that can be conjured up in response to a moment’s provocation. Suggesting that a specific skirmish, out of hundreds of similar incidents, somehow provoked and justified North Korea’s blitzkrieg is disingenuous.

Was the United States Seeking a War in Korea?

Stalin was right about one thing: the State Department had not anticipated a new conflict in East Asia, and the Pentagon lacked ready forces to fight one. In 1949, Truman had already decided not to intervene against the communists in the Chinese Civil War. He was little interested in starting a conflict over the Korean Peninsula.

However, Truman was unwilling to overlook an overt attack on a nominal, if not very close, ally. By June 28 he had determined the Soviet Union would not openly oppose U.S. forces, and decided to spearhead a United Nations “police action” against the KPA.

Back in the United States, the U.S. military had been downsizing. Pershing tanks had to be literally rolled off display stands and M4 Shermans recovered from World War II battlefields to fight in Korea. Dilapidated rifles were reissued to poorly trained recruits. Though the United States would eventually assemble a formidable war machine, it clearly had not been preparing for a ground war at the time.

While the U.S. Air Force swiftly won air superiority, the first U.S. ground troops to engage North Korean forces had only six antitank shells available to them, and were overrun by North Korean tanks in less than twenty-four hours. A fifteen-country coalition operating under UN mandate eventually assembled to repel the KPA attack, but for the first few months, it was reduced to fighting for its very survival holding a besieged perimeter around the city of Pusan.

In September 1950, an amphibious landing behind North Korean lines at Incheon cut the KPA’s supply lines and caused their forces to rapidly unravel. United Nations troops recaptured Seoul and crossed the thirty-eighth parallel into North Korea, driving northward towards the Chinese border. Truman had authorized MacArthur to advance beyond the thirty-eighth so long as the Soviet Union and China did not indicate this would cause them to intervene.

In fact, China did warn that it would intervene if the UN advance continued, but Gen. Douglas MacArthur disregarded the warning. In November 1950, hundreds of thousands of Chinese troops launched a devastating counterattack that would prolong the war for two more years.

Did the United States Intend to Invade China?

Chinese Communists had long feared Korea would serve as a springboard ground for an American invasion of China. After all, the United States had supported the Chinese Nationalists, who relocated their government to Taiwan after being driven from the mainland. Communist and Nationalist forces were still actively fighting on several fronts, including coastal islands and even the jungles bordering Myanmar. This, along with ideological sympathy for Korean communists, motivated Chinese support for the North Korean invasion of the South.

A few months later, Beijing was not reassured to see an American-led international army barreling toward its borders with Korea. Indeed, MacArthur privately voiced his support for expanding the war into China, believing he could easily defeat the People’s Liberation Army if only he were given the resources to fight them.

However, MacArthur’s views and resulting recklessness with regard to China ran contrary to his instructions from President Truman, who eventually relieved the popular general of command. However, the Chinese intervention did lead Truman to divert the U.S. Seventh Fleet to support the Chinese Nationalists, who had fled to islands off of China, solidifying their formerly precarious position from PLA amphibious assaults.

Was the Korean War Really about Japan?

A Chinese student of mine once argued in an essay that the Korean War had been a means for the United States to revitalize the Japanese economy, then under American occupation. Indeed, the United States injected $3.5 billion into the Japanese economy to supply its forces in Korea, resulting in a doubling of Japan’s economic output. By the end of the Korean War, the island nation had been restored to its pre–World War II standard of living.

While casting U.S. intervention in the Korean War as particularly bloody economic stimulus package misrepresents the diplomatic stakes in play, it does catch on to an aspect of American strategy in Asia at the time, which was to build up Japan as a bulwark against communist expansion. A more measured analysis might be that U.S. intervention in Korea was motivated by a fear it would give communist forces a secure foothold to expand into Japan.

This does not change a simple truth: the Korean War was the result of a deliberate and premeditated decision by North Korea and the Soviet Union to invade South Korea.

Yes, Syngman Rhee’s government in South Korea was bellicose, undemocratic and responsible for many human-rights violations—but it did not actually assemble an army for an invasion of the North, which was also quite repressive.

Yes, the United States was responsible for sending its forces across the thirty-eighth parallel and eventually waging a bombing campaign that killed many North Korean civilians.

However, the American military buildup in Korea, the advance on the Yalu River and the bombings were consequences stemming from a North Korean invasion that had been prepared for well in advance.