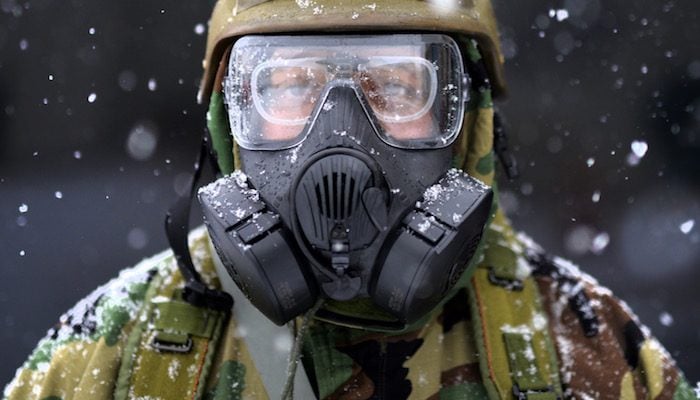 This week will mark the 68th anniversary of the signing of the armistice agreement that brought an end to open hostilities during the Korean War. While the United States and both North and South Korea have thankfully managed to avoid the outbreak of another major armed conflict on the Korean Peninsula, periods of heightened tensions have led U.S. decision makers to give serious consideration to the use of military force against North Korea. The Clinton administration in 1994, for example, strongly considered military strikes on North Korea’s Yongbyon nuclear facility in response to the DPRK’s nascent nuclear weapons program.

In a less well-remembered episode, within its first few months, the new Nixon administration in 1969 was found itself contemplating a wide range of military options – including potentially the use of nuclear weapons – regarding North Korea. This planning was prompted by North Korea’s targeting of an American intelligence aircraft, which took place during an extended period of tension and low-level military conflict on the Korean Peninsula.

The latter half of the 1960s is an oft-forgotten and overlooked – yet important – period in the modern history of the Korean Peninsula. Following the failure of North Korean efforts to forcibly unify the Korean Peninsula during the Korean War, North Korean leader Kim Il Sung during the 1960s switched tactics and instead began attempts to undermine the South Korean government through a combination of sustained low-level military action and ideological pressure. Described as the Second Korean War, the years 1966-1969 was a period of continuous low-intensity military conflict between North Korean military forces and their South Korean and American counterparts. This included regular incursions across the Demilitarized Zone (DMZ) by North Korean troops as well as repeated raids by North Korean commandos and special operations personnel. Perhaps the most audacious operation undertaken as part of this campaign was the attempted raid of the South Korean Presidential Blue House by North Korean special forces soldiers.

American military personnel on more than one occasion found themselves, victims of North Korean aggression, during this period. In 1968, North Korea would seize the U.S. Navy intelligence vessel USS Pueblo while it was operating in international waters, holding its entire crew hostage for nearly a year. The following year, North Korean fighter jets shot down an American EC-121 intelligence aircraft, killing all 31 crew members on board.

The downing of the EC-121 prompted the Nixon administration to consider a host of different military options, ranging from an airstrike against North Korean airfields to a limited nuclear attack and even full-scale nuclear war. Despite having lambasted former President Lyndon B. Johnson for his failure to forcefully respond in the aftermath of North Korea’s seizing of the USS Pueblo, Nixon himself opted for restraint, choosing only to deploy U.S. naval assets to the region as a show of force and to resume reconnaissance flights with fighter escorts. Nixon was reportedly unconvinced by the idea that North Korea would refrain from escalating the situation in the aftermath of even limited U.S. military action against North Korean airfields.

Nixon’s conundrum – how to properly respond to North Korean threats and acts of aggression and coercion – is one that has since vexed countless U.S. officials. The consequences of escalation to major military conflict on the Korean Peninsula remain potentially catastrophic.  Still, as some analysts have noted America’s failure to follow through on military threats in the aftermath of North Korean acts of limited aggression have likely conditioned the DPRK to believe that those threats will more often than not ring hollow.