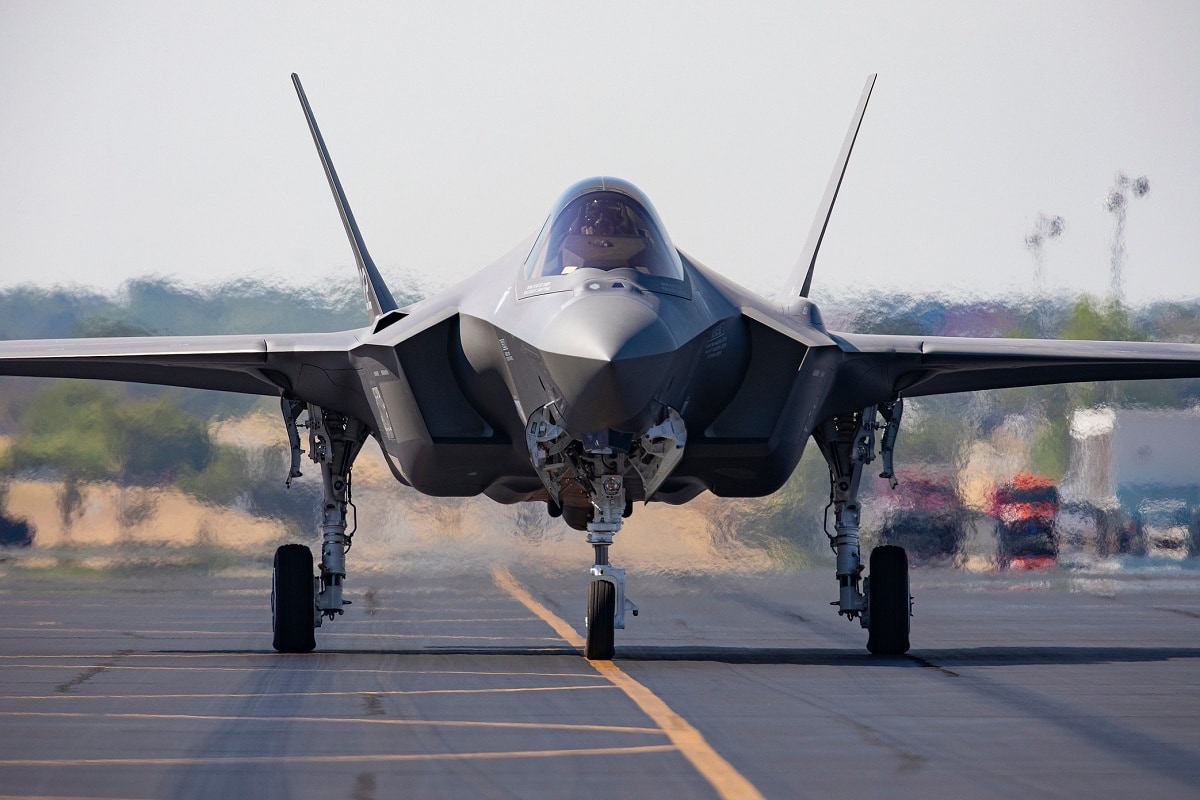 The F-35 stealth fighter in the coming years will be a big part of South Korea’s military arsenal. But how do these aircraft fit into the ROKAF’s existing fleet of aircraft? What role could they play in countering the North Korean KPAF?

The ROKAF already fields a variety of advanced American fighters, including over one hundred KF-16Cs and around 60 F-15K Slam Eagles. The KF-16C is fully integrated with the American AMRAAM air-to-air missile, which the ROKAF fields in the AIM-120C-5 and AIM-120C-7 variants.

The combination of the KF-16C and AMRAAM vastly outclasses the majority of fighters the KPAF can field. The bulk of the KPAF fighter fleet is built out of MiG-21 variants and the J-7 fighter, which can only mount short-range infrared air-to-air missiles. KF-16Cs could just fire AMRAAMs, turn around and bug out before the KPAF MiGs lock on, though individual conditions could dictate engagement at shorter ranges.

While the KPAF do have more advanced MiG-23 and MiG-29 fighters (which variants and specific numbers vary from source to source), the quality of the radars and missiles on these fighters still falls far short of the KF-16C and AMRAAM combination.

The F-15K Slam Eagle, while an excellent air-to-air fighter in its own right is more focused on air-to-ground operations, being built on the base of the USAF’s F-15E Strike Eagle. The F-15K has been seen with the Sniper targeting pod, which allows it to self-designate targets for laser-guided bombs and more efficiently detect and engage both tactical and strategic ground targets.

So if the ROKAF already has air-to-air and air-to-ground covered, where does the F-35A fit in the picture?

The answer probably lies in the F-35’s sensors. The F-35 has powerful electro-optical sensors that can be used to target aircraft. In Red Flag 2019, the F-35’s optical sensors played a large role in its success in a heavy electronic warfare (EW) environment, where fourth-generation fighters like the F-16C were “blind.” North Korean MiG-29s also have forward-facing electro-optical sensors of their own, although these are systems from the 1980s that don’t have the sensitivity or resolution of modern Russian and American sensors.

A potential engagement with North Korea would likely involve heavy EW and jamming. In the border skirmish in early 2019, India and Pakistan both claimed to have used EW to their advantage in aerial combat. India claims to have totally jammed the radars of Pakistan Air Force aircraft during the February 26 raid, and a controversial article suggests that the loss of an Indian MiG was caused due to Pakistan jamming of radio links to the command.

The F-35A’s advanced communications and sensors would prevent similar incidents from happening. The ROKAF might opt to fly the F-35A in formations with fourth-generation aircraft to provide better situational awareness and communications capability, enhancing the ability of the entire formation to fly and fight. Usage in such a role would mitigate one of the biggest criticisms of the F-35, the limited onboard weapon capacity.