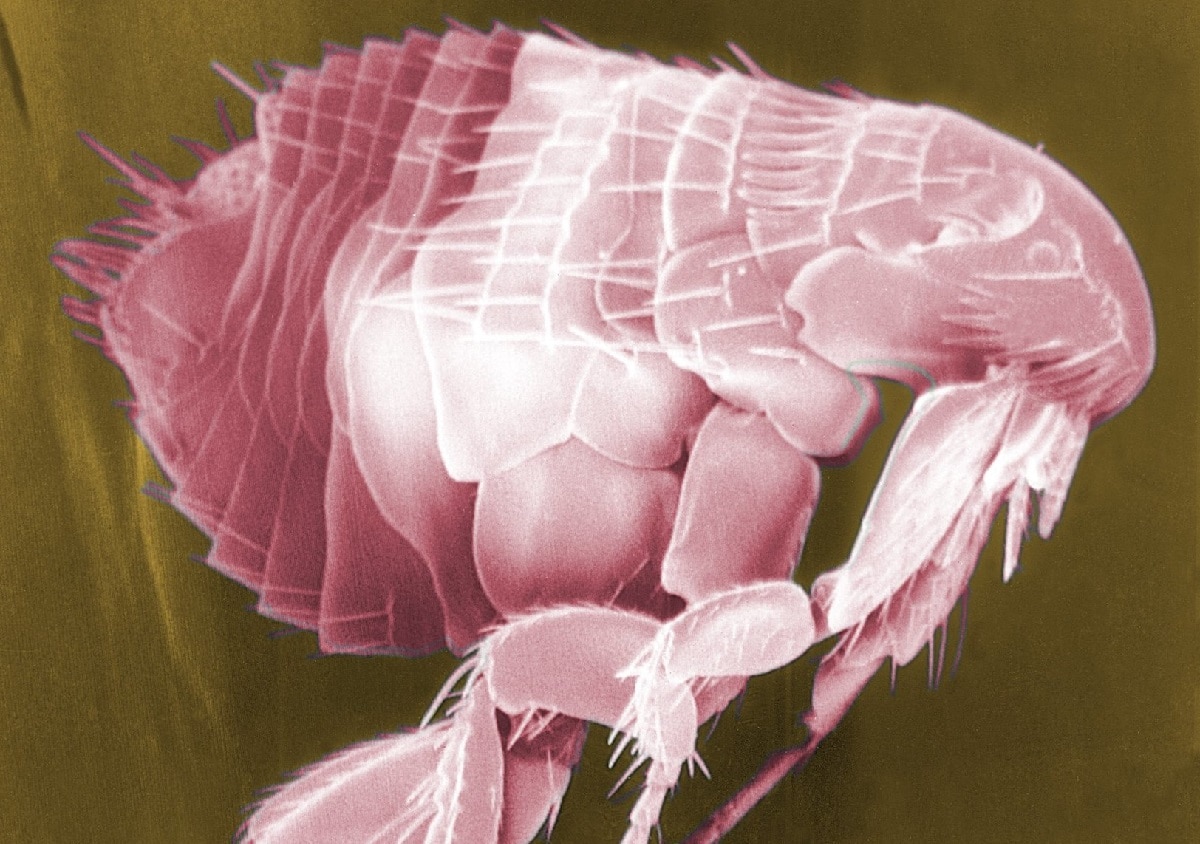 Justinian I was a man with a mission. The son of Thracian peasants (modern-day Albania), he rose through the ranks due to a combination of merit and family connections to become Emperor of the Byzantine Empire in 527AD. He ordered the construction of the iconic Hagia Sophia cathedral in Constantinople and wrote a Code of Law that’s considered a foundational document in Western legal tradition. But his greatest ambition was nothing less than reuniting the shattered remnants of the Roman Empire.

Back in the year 285AD, Emperor Diocletian divided the Roman Empire into Western and Eastern branches to ease administrative burdens. But while the Western Roman Empire would fragment and fall before barbarian invasions, the eastern Byzantine Empire proved more robust.

Justinian’s forces at first seemed unstoppable in their reconquest of former Roman territories. Led by General Belisarius, they crushed the barbarian Vandals at Tricamarum in North Africa in 535AD, drove Goths out of Rome, and successfully defended the iconic city against a lengthy Goth siege. Meanwhile, Justinian bought peace with the neighboring Sassanid (neo-Persian) empire through generous tribute.

But Byzantium’s deadliest foe proved not to be Vandals, Goths, or Persians, but fleas born on the backs of Mediterranean black rats infesting grain-storage warehouses in Egypt. The rat-borne fleas then infected humans with yersinia pestis—better known as the bubonic plague, or Black Death.

Archaeology suggests the first strains of the bubonic plague originated in China or Central Asia hundreds, or even thousands, of years earlier. Though not known to have triggered any large-scale epidemics, the disease wound it way westward to Africa, perhaps shepherded by nomadic peoples like the Huns, and found its ways to Ethiopia and Egypt. Finally, an epidemic broke out in Egypt in 540AD, reportedly starting in Pelusium (close to modern Port Said), and spreading from there to Alexandria.

While neither rats nor fleas are normally inclined to travel far from their homes, they do travel far when their homes are the boats ferrying grain from Alexandria to Constantinople. In 542AD, the plague hit Constantinople like a hammer—and not even Justiniancould escape its effects.

Unlike the notorious influenza pandemic that ravaged the globe in 1918, the bubonic plague didn’t simply kill people quickly and cleanly—it psychologically traumatized the infected and uninfected alike. Within hours, newly infected individuals would first develop a fever then sprout black, pus-filled blisters. Bacteria transmitted via the lymphatic system caused huge grapefruit-sized bulges (buboes) to erupt from victim’s genitals, armpits, and behind-ear areas. Some of the afflicted would simply fall into a coma and die within a day or two. But others would rant and rave, afflicted by delusions and nightmares. Justinian was one of the lucky survivors of an infection, which had a fatality rate ranging between 40 and 70 percent.

Procopius, the great Byzantine chronicler of the age, claimed that a four-month wave of pestilent death resulted in between 5,000 and 10,000 deaths per day in the Byzantine capital at its peak, eventually killing 40 percent of the population.

The dead were so numerous, graveyards overflowed. The army was ordered to clear the streets of corpses, which were tossed into pits and trenches, thrown into the sea, packed into death ships and set adrift, or stuffed into towers that were sealed away. Citizens who braved the streets carried name tags with them so that their families could be notified should they become afflicted and die.

The few trained physicians lacked effective treatments. The average person was relegated to superstitious rituals and even exorcisms. Only officially ordered quarantines, and paranoia-induced shunning, may have controlled the spread of the illness.

As Constantinople was the nerve center of a multinational empire, the disease exploded into the world’s first recorded pandemic, afflicting the entire Mediterranean region and Western Europe. Traders from Egypt may also have directly transmitted the disease to the Romano-British peoples inhabiting England. The decimation of their population may have contributed to the success of Saxon invaders later immortalized in Arthurian legend.

As so many people were either dying from the plague or refusing to leave home, agricultural output declined precipitously, adding food shortages and economic recession to everyone’s woes.

Justinian did his best to continue his ambitious civil and military projects, but his armies suddenly suffered manpower shortages and urgently needed reinforcements simply became unavailable.

Goth armies recaptured Rome in 546AD. Though Justinian’s forces soon recaptured it, the city would continue see-saw in and out of control for years. Justinian finally secured Italy again in the mid-550s by relying heavily on barbarian mercenaries, including over 6,000 Lombards to make up for lack of personnel. He even subsequently established a toehold in Spain. But then the Germanic Lombards turned on him in 568AD, overwhelming the small Byzantine force holding northern Italy to establish their own kingdom, permanently ending the dream of reunifying the Roman Empire.

Even though the plague hit Constantinople hardest in 542AD, it then lingered and returned multiple times over the next two centuries, first returning to the Byzantine capital in 558AD. Recurring outbreaks may have especially weakened Byzantine Empire’s hold on its Middle Eastern territories, possibly leading to defeats starting in 629AD facing the military campaigns of the Prophet Mohamed.

Just a year before, it was claimed Sasanid Western Persia lost half its population to the plague. The last outbreak didn’t take place until around 750AD.

The plague’s total death toll is estimated to lie between 25 and 50 million—in other words, between one out of every eight, and one out of every four humans then living on Earth. A second bubonic pandemic followed 600 years later in the fourteenth century (the infamous Medieval black death. The disease resurged for a third and hopefully final pandemic in mid-nineteenth century China and India.

The historical narrative recounted above suggests the plague of Justinian was an inflection point that sealed the fate of the Age of Antiquity and ushered in the Middle Ages. This interpretation is most popularly advanced in the ambitious Justinian’s Flea: The First Great Plague and the End of the Roman Empire by William Rosen (you can read a review here).

However, scholars have recently questioned this narrative. In an article by environmental historians Lee Mordechai and Merle Eisenberg, they argue that evidence of the plague’s severity is over-reliant on a small number of unreliable sources: “Few direct pieces of evidence exist for the supposed catastrophe outside a handful of famous literary accounts.”

Texts that do refer to the plague, they argue, are clearly at times exaggerated or unreliable. For example, a mention of the plague by Bishop Gregory of Tours in France is enumerated alongside fantastical items such as reports of prophetic comets and blood raining in Paris. Many other sources from the era fail to mention the plague entirely, contrary to expectations.

While Mordechai doesn’t deny a deadly pandemic occurred, he argues the evidence that it was on such a scale as to doom the Byzantine Empire by itself is inadequate, and that Procopius’ narrative has been uncritically seized upon by modern scholars because it fits with a dramatic catastrophist narrative about how plagues can lead to the collapse of empires.

Whether you’re persuaded more by either maximalist or minimalist interpretations of the Justinian plague’s impact, it certainly wise to remain mindful of the difficulties interpreting a limited pool of historical data, and the natural tendency to impose sweeping narratives on potentially more complicated events.

But even by the least severe estimates, the Justinian plague killed millions, and perhaps illustrated as never before how relatively prosperous multi-national polities bound by commercial, political and military ties could inadvertently facilitate the transmission of deadly diseases