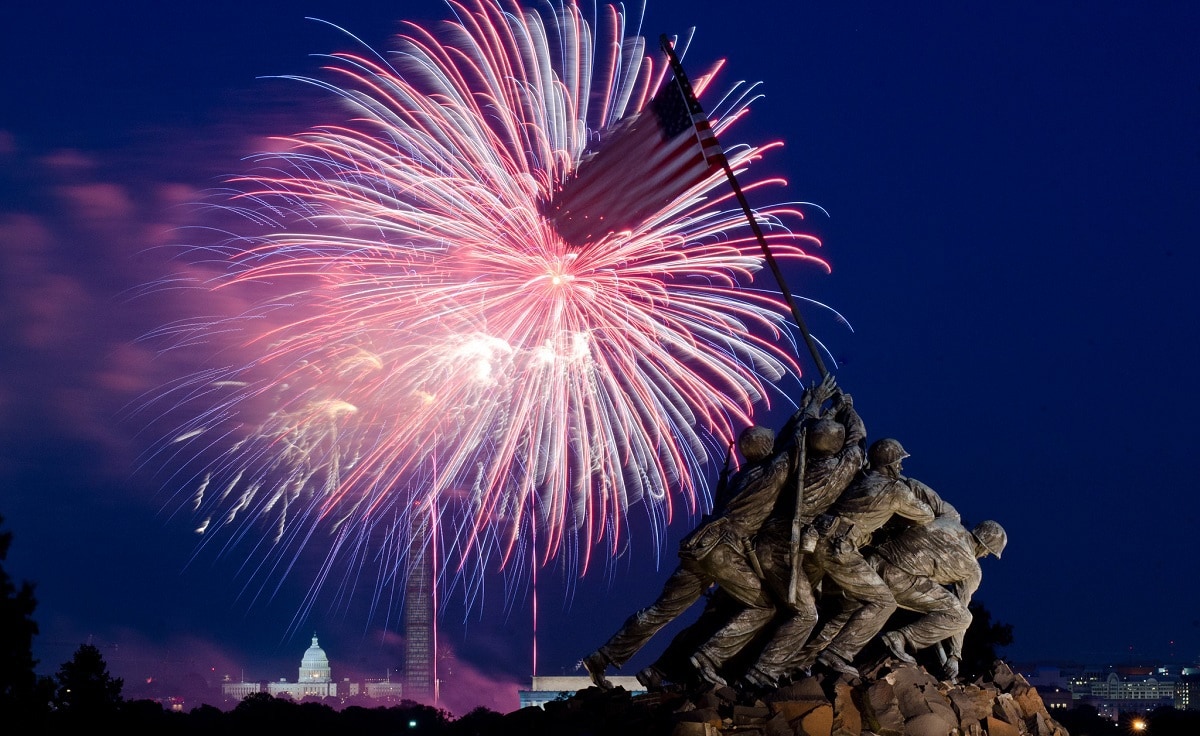 The Fourth of July is coming up, and this year’s Independence Day festivities will resemble a normal July 4. And part of that will include televised fireworks specials.

One of the biggest ones, each year, is the annual celebration in Washington, D.C.

This year’s version of A Capitol Fourth will, of course, take place on Independence Day itself, and will air on PBS stations, as well as affiliated streaming services. The broadcast will start at 8 p.m., although those looking to watch are advised to check local listings. It will also be streaming on Facebook, YouTube, and the PBS website.

It won’t be completely normal, as the Capitol Fourth event will be prerecorded, with segments filmed all around the country.

Buffett and Erivo will perform in Southern California, with Jackson singing in Nashville, Pentatonix in Los Angeles, and Nettles and Cravalho from different locations in New York. Knight, Guyton, Stroker, Allen, and Osnes will be among those performing in Washington, D.C.

Also participating will be the National Symphony Orchestra, The Military District of Washington, The United States Army Band “Pershing’s Own,” the U.S. Army Herald Trumpets, and the Joint Armed Forces Chorus.

The trailer for the event also touts what it calls “the greatest live fireworks display in the U.S.A.” Those fireworks will take place in Washington, D.C., and will be the one non-prerecorded segment of the evening.

“As families and friends reunite and the country begins to open up this Fourth of July, we plan to bring you an exciting program with the greatest fireworks display in the nation, performances by the biggest stars and patriotic favorites,” Executive Producer Michael Colbert said in the announcement. “Make A Capitol Fourth your Independence Day celebration. We have something for everyone’s party.”

A Capitol Fourth is one of several traditional July 4 celebrations that will take place this year, along with the Macy’s fireworks in New York, the Boston Pops concert in Boston, and the Wawa Welcome America fireworks in Philadelphia.

Those celebrations, along with others around the country, will have to contend this holiday weekend with an ongoing fireworks shortage, which has been caused by factors including supply hiccups in China, fireworks being stock on ships off the coast of California, and supply being affected by strong sales last year.