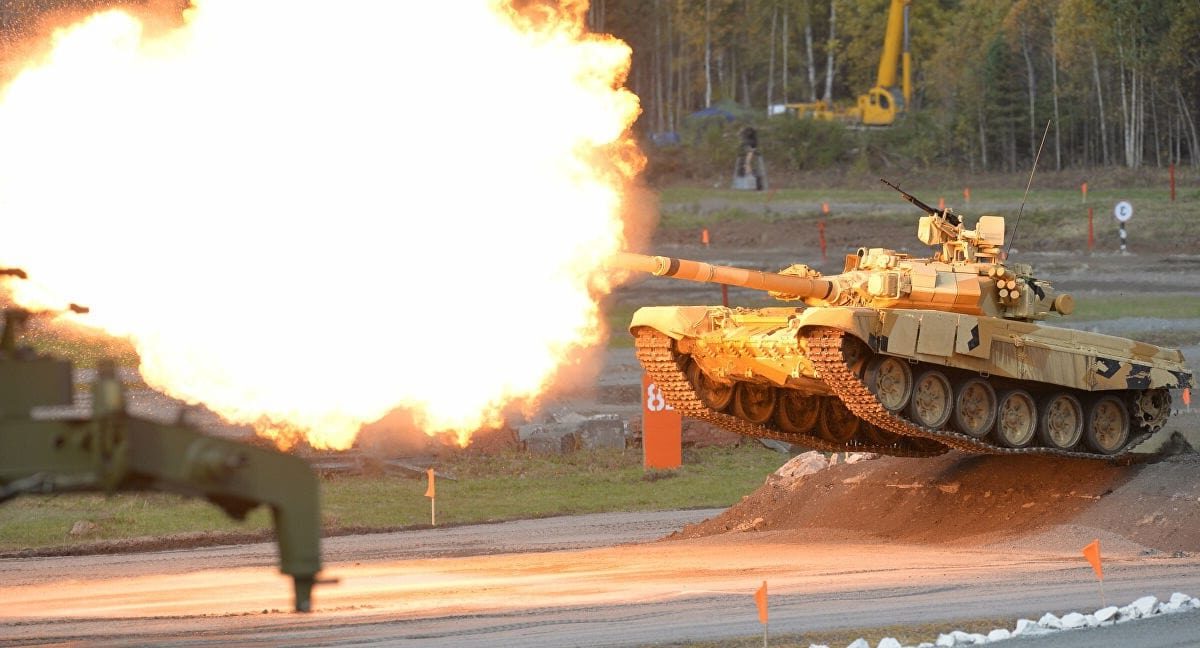 This March Russian media announced a dramatic expansion to the forces deployed into a Kaliningrad Oblast, a Russian exclave on the Baltic Sea surrounded by Polish and Lithuanian territory.

For years the coastal oblast—which measures roughly 110 miles from its western to easternmost ends, and between 40 and 65 miles from north to south—was primarily defended by the 79th Motor Rifle Brigade. But now the brigade is being reforged into the 18th Guards Motor Rifle Division, a more powerful formation doubling the number of tank and infantry battalions in the garrison.

The seaport of Baltiysk in Kaliningrad serves as Russia’s only warm-water port on the Baltic, meaning it doesn’t freeze over during the winter like the port at Saint Petersburg, and thus serves as the base for Russia’s Baltic Fleet. The territory also lies adjacent to the narrow and strategically critical land corridor called the Suwalki Gap connecting Poland to the Baltic states.

The region has a long history as a geopolitical flashpoint. The city today named Kaliningrad was for most of its history called Konigsberg, part of a predominantly ethnic-German territory associated with the Teutonic Knights.

At the onset of World War II, Nazi German forces in East Prussia participated in the invasion of Poland. Then in April 1945, the Soviet Red Army and Polish communist troops captured the fortress city after a three-month siege, leaving 80% of it in ruins while most of its population evacuated by sea.

The Soviets annexed the region, as agreed to amongst the Allies in the Potsdam declaration, and renamed the city Kaliningrad after Soviet chairman Mikhail Kalinin. They also expelled the territory’s 200,000 remaining German residents and transplanted Soviet citizens to reside in the Baltic port.

Kaliningrad hosted the Soviet Baltic fleet during the Cold War, but with the collapse of the Soviet Union the garrison shrunk drastically, with a consequent negative effect on the local economy. The Soviets reportedly even explored selling the territory back to Germany, but instead in 1991 Germany signed a treaty definitively relinquishing any claims to the territory.

Since Russia’s seizure of the Crimean Peninsula, the strategic challenges the oblast poses to the North Atlantic Treaty Organization (NATO) in the event of a conflict over the Baltic states have come into focus. Russian missiles deployed to Kaliningrad could threaten to rapidly strike land bases, ships and even aircraft across much of the Baltic, Poland and even parts of Germany. In a conflict with Russia, the garrison could also interdict attempts by NATO to funnel land reinforcements through the Suwalki Gap to the Baltics.

However, Russian military expert Michael Kofman explains in a blogpost that until recently, Kaliningrad did not amount to the “dreadfort” feared by NATO military planners. Instead, the garrison was a backwater to which the lowest-quality conscripts and the most outdated equipment were consigned.

Indeed in 2016, fifty officers in the region going up to the brigade commander were sacked due to the decrepit and unsafe state of military housing under their command, and misuse of funding allocated to remedy that.

Return of the 18th Guards Division

Since 2016, however, the garrison’s quality has notably improved with deliveries of modern weapon systems and the formation of new units, including the 11th Tank Regiment in the region in 2019. This seemed likely to be a sub-unit for a new division, which was finally announced December 2020.

Then on March 2, 2021 the commander of Russia’s Western Military District held a ceremony reactivating the 18th Guards Motor Rifle Division for service under the 11th Army Corps defending Kaliningrad.

This 18th had participated in the Battle of Konigsberg during World War II. The “Guards” title was awarded to units deemed to have demonstrated superior battlefield performance, earmarking such formations to be allocated higher quality equipment and personnel.

The 11th Tank Regiment will now serve alongside two new motor rifle regiments formed from the 79th Brigade, one of which may be stationed at Sovetsk, on Kaliningrad’s northern border with Lithuania. This may result in the number of mechanized infantry rising from 6 to 10 motor rifle battalions (corresponding to 2,000 additional soldiers), while the number of tank battalions increases from 2 (prior to 2019) to 6, or a total of around 200 tanks.

Furthermore, the outdated T-72 tanks in Kaliningrad are being replaced with modernized T-72B3M variants fortified with the Relikt reactive armor and improved fire control systems. Ordinarily, each regiment will get its own organic artillery battalion, implying dozens of additional 2S3 or 2S19 152-millimeter artillery systems for the garrison.

There are also three notable combat support units for the 18th Division. First there is the 20th Separate Reconnaissance Battalion, which fields Orlan-10 surveillance drones and a parachute scout company for spotting targets for destruction using artillery. Second, there is the 244th Artillery Brigade, which fields lethal BM27 Uragan multiple rocket launchers and long-range 2S7M self-propelled howitzers alongside other weapons. And third, there is an anti-tank battalion with advanced Khrisanthema-S tank destroyers; and an air defense regiment equipped with relatively modern Tor-M2 short-range air defense missiles.

Besides the 18th MRD’s three regiments deployed around Gusev in eastern Kaliningrad, there remains the separate 7th Guards infantry regiment deployed in the western area around Kaliningrad city. The Russian Navy’s elite 336th Naval Infantry Brigade is also stationed in the city.

A Swedish study notes that though Russian ground forces in Kaliningrad may bristle with firepower, they lack the logistical support units to conduct offensive operations far beyond Kaliningrad.

“A swift deployment of a limited Baltic Fleet force is very probable in such a scenario [aggression against a neighboring country], but for a large-scale military operation, it is more likely that the Kaliningrad region would be used as a staging area for other forces. It is unlikely that the military leadership would put the defence of the Kaliningrad region at risk through the employment of Baltic Fleet army corps units.”

Kofman, however, points out that the exclave’s ground forces can still pose a substantial threat without venturing very far from Russian soil:

“Reorganizing around a division will give the enclave a much stronger ground force, but its more significant implication is the addition of more artillery and MLRS systems, which will allow the units based there to ‘interdict’ with fires and strike systems ground lines of communication without leaving Russian territory…. In the event of a military contingency it will be pretty hard to ignore or leave a formation this large along one’s flank, especially now that there is a tank regiment that can conduct maneuver without having to support motor rifle regiments (which have their own dedicated tank battalions).”

A companion articles examines the assets the new division is intended to defend in Kaliningrad: the ships, aircraft and amphibious forces of the Baltic Fleet and missile brigades that can threaten land, air and sea targets over two hundred miles away from the enclave.

Sébastien Roblin writes on the technical, historical and political aspects of international security and conflict for publications including the The National Interest, NBC News, Forbes.com and War is Boring. He holds a Master’s degree from Georgetown University and served with the Peace Corps in China. You can follow his articles on Twitter.