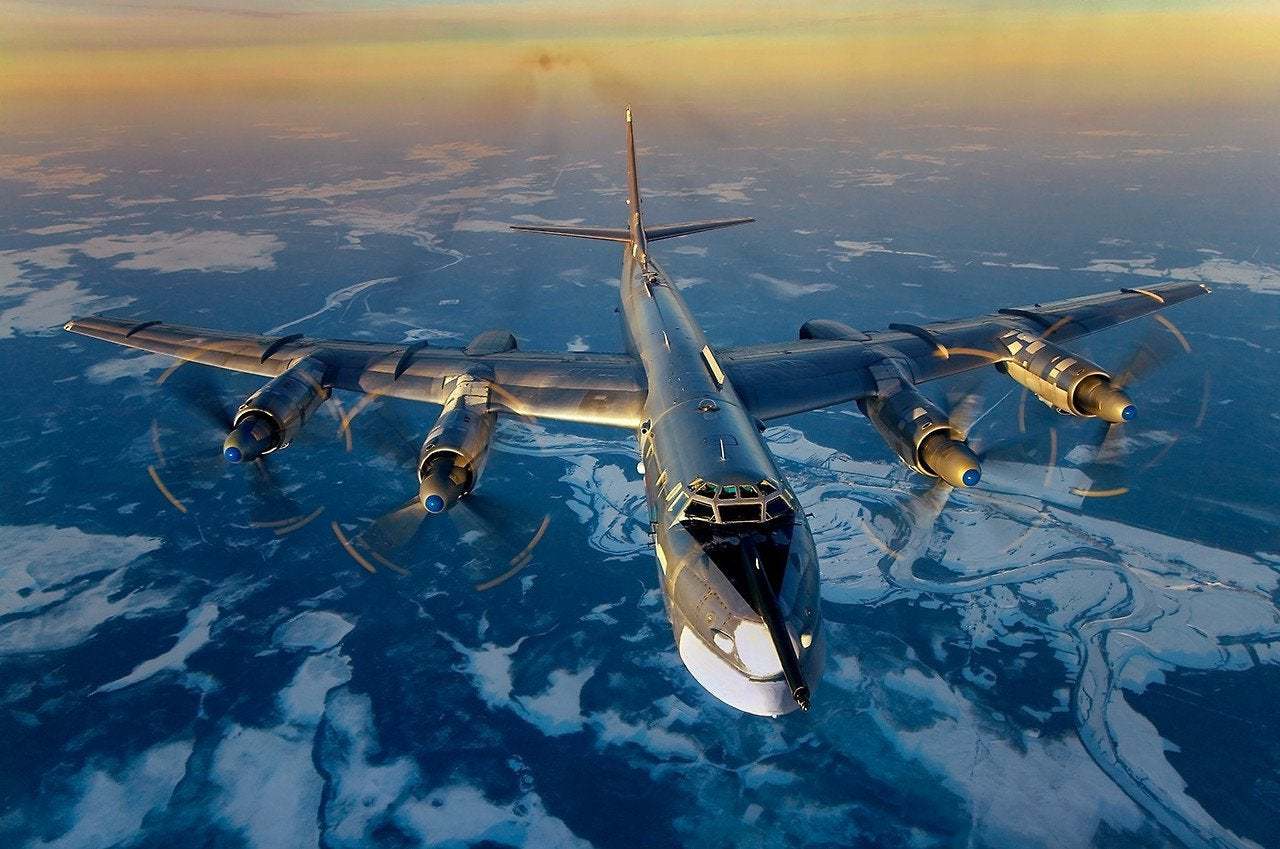 On December 10, 2018, two Russian Tu-160 supersonic bombers with huge condor-like swing-wings swooped down to land at Simón Bolívar International Airport in Caracas, Venezuela. Over the next few days the huge, pointy-nosed bombers flew two ten-hour patrols over the Caribbean, at times escorted by Venezuelan F-16 and Su-30MK2 multirole jets, then flew back to Russia on Dec. 14. Russian media reported that Moscow and Caracas were discussing opening a permanent base on La Orchila island, expanding on facilities already present.

As discussed in this article by Michael Peck, the expense and escalatory political risks for the parties involved make such a move far from assured. In fact, the provocation itself may be more valuable than actually building such a bomber base.

Both Russia and the United States already routinely deploy bombers and spy planes on patrols skirting each other’s airspace for both political and military reasons. For example, Blackjack bombers had previously visited Caracas in 2008 and 2013, on the latter occasion conveying Moscow’s defiance of criticism of the Russo-Georgian War. In 2008-09, the Russian military also loudly aired the idea of basing nuclear bombers in Cuba or Venezuela.

However, the presence of Russian bombers in the Caribbean has a nearly fifty-year-old precedent, as detailed in this article by Ruben Urribarres and later expanded upon in a blog by Miguel Vargas-Caba.

While building up the Soviet garrison that would trigger the Cuban Missile Crisis in 1962, Moscow struggled to find a means to quickly transport high-ranking personnel to the island nation. Its long-range Tu-114 airliners, a civilian version of the Tu-95 “Bear” strategic bomber, needed to layover in Africa, but Washington pressured the governments of Guinea, Senegal and Algeria to deny access to the Tu-114s after only a handful of flights.

Thus Soviet engineers modified three special Tu-114D planes by swapping out 60 percent of the seating for fifteen extra fuel tanks, boosting range for an eighteen-hour-long Moscow-Havana connection, with a layover in Murmansk. The trans-Atlantic flights crossing were difficult: headwinds from the Jetstream could reach nearly 200 miles per hour, adding hours of flight time and gas consumption.

Though Moscow agreed to withdraw nuclear-armed forces from Cuba, the island remained an important Soviet sally on the doorstep of its chief international adversary. Between May 18 and 21, 1970 three pairs of Tu-95s of the 392nd Long-Range Reconnaissance Regiment flew from the Arctic Kola peninsula down to San Antonio airport near Havana. They accompanied a Soviet Navy task force dispatched to the Caribbean to retaliate against increased U.S. Navy patrols.

For the next eleven years, Tu-95RTs or (Bear-D) regularly flew thirty to forty patrols from Cuba a year across the Eastern Seaboard, shadowing the movements of U.S. carriers. Over that time one Bear vanished without a trace in transit, and another experienced a non-fatal landing accident.

The Tu-95RT was a “reconnaissance-targeting” variant of the iconic Bear bomber, a long-range four-engine beast propelled to up to 575 miles per hour by four epically noisy turboprops, each with two contra-rotating propellers spinning faster than the speed of sound. Though the RT model did not carry bombs or missiles, it was far from harmless: it was specifically designed to guide submarine-launched P-6 missiles to annihilate U.S. aircraft carriers with 350 kiloton nuclear warheads.

The supersonic P-6 cruise missile (codenamed SS-N-3a Shaddock by NATO) was mounted on the Juliet and Echo II-class diesel-electric submarines and could theoretically strike ships up to 310 miles away. However, the submarines’ radar couldn’t actually see targets that far away, and approaching close enough to a well-escorted U.S. carrier group while surfaced to provide radar-guidance was a risky business.

Here the Tu-95RT stepped in, using its belly-mounted “Success” radar to track the position of U.S. carriers, then using the data link in its distinguishing bulbous “chin” pod to remotely guide the missiles, or transmit course corrections back to the submarine using the Arfa relay on its tail. Only in the terminal approach would the P-6’s radar activate to home in for a kill.

Urribarres’ article implies the P-6 could also have been used to deliver nuclear strikes on inland North American targets. However, most sources state the P-6 was not designed with land-attack capabilities.

Nonetheless, the Tu-95s were routinely intercepted by U.S. F-4 Phantom and F-15 Fighters, and Canadian CF-101 Voodoos armed with Genie nuclear-tipped rockets. However, the Bear crews and their NATO escorts typically just took photographs of each other over international airspace. Cuba-based Tu-95s did occasionally intrude into American airspace, though, eliciting diplomatic complaints, and in one 1980-incident, an escort of F-15s had to lead away a Bear close to Langley Air Force base in Virginia.

Urribarres claims that the NATO interceptors performed dangerous, harassing maneuvers while shadowing the Soviet patrol planes. However, in exchanges published by the Aviationist, Robert Sihler, back-seat weapons-systems officers of an Iceland-based F-4, gives the impression that the routine intercepts were not so hostile.

“At that time, we probably averaged two intercepts of “Bears” per week…Generally, the intercepts occurred on Fridays and Sundays, at the “Bears” flew from Murmansk to Cuba on training and, we guessed, “fun” missions. Generally, we did these barrel rolls at the request of the Soviet crewmembers. They gave us hand signals to let us know they wanted us to do it. They photographed us as well. The Cold War was winding down and the attitudes on both sides had improved,” Sihler explains.

You can see a remarkable photo of an upside-down F-4C barrel-rolling around the Tu-95 in that article.

In 1973 the Cuban Revolutionary Air Force also dispatched MiG-21F fighters to intercept Bears executing a mock raid on Cuba at an altitude of 40,000 feet. The Bears were standing in as proxies for high-flying U-2 spy planes. The FAR found that its MiGs were able to make the intercept only by using fuel-gulping afterburners.

In November 1981, Moscow decided to permanently base up to twelve Tu-95RTs at San Antonio and even began building facilities to repair the bomber’s fan blades. Predictably, the Bear’s “Oriental Express” deployment to the Caribbean was popular with Bear crews and mechanics, who could enjoy a break from deployment in the Arctic circle residing in full-service hotel rooms in Havana.

In March 1983, the Tu-95s were joined by Tu-142M Bear-F patrol plane variants with a very different mission: tracking the position of U.S. submarines by lacing dozens of sonar buoys across the Caribbean. According to Urribarres, Tu-142s detected six submarines on their first ten flights alone. Later, the Bear-Fs combed the southern Atlantic Ocean, shuttling back and forth to a base in Luanda, Angola. Presumably, the Tu-142s were armed with anti-submarine torpedoes.

The Soviet Navy dispatched 756 Bear patrols from the Cuban base before it was finally shut down in 1989 as the Soviet empire began dissolving. The Tu-95 flights had gathered useful intelligence and generated military pressure on the U.S.’ Atlantic coastline. However, Moscow could no longer afford the economic assistance needed to maintain the distant Cuban base.

That calculus would need to change for Russian bombers to permanently return to the Caribbean in the present day.