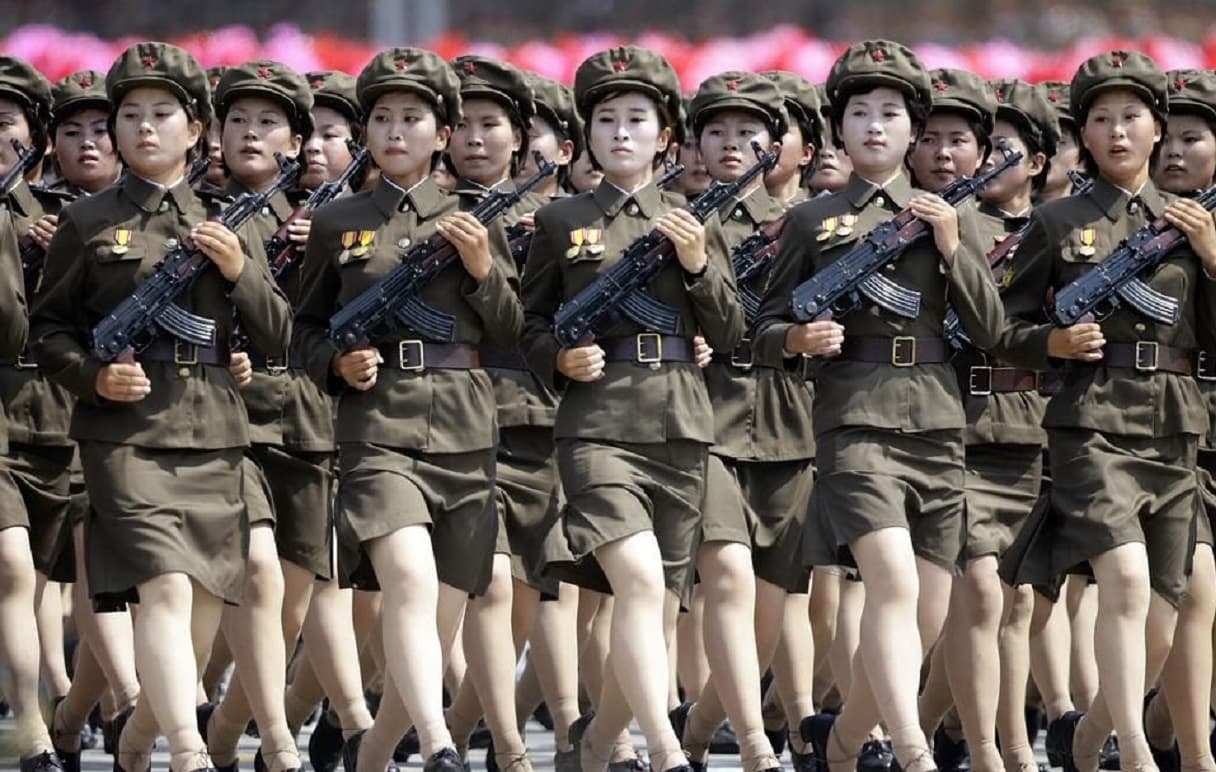 Near midnight on November 28, 1987, a young woman and an older man board a 707 airliner on the tarmac of Baghdad International Airport. South Korea Flight 858 is bound for Seoul with layovers on Abu Dhabi and Bangkok. The couple seats itself on seats 7B and 7C, pausing to stuff a bag in the overhead compartment.

Most of the 104 passengers are South Korean construction and oil workers returning home after years of working on projects in Iraq. But the young lady’s passport indicates that she is a Japanese woman named Mayumi Hachiya, while her companion is Shinichi Hachiya, her father. Since November 12, the two have spent the last few weeks on a whirlwind tour of Moscow, Budapest, Vienna and Belgrade.

Flight 858 is heading back to a country on the brink of a dramatic transformation. In just two and a half weeks, the Republic of Korea will hold its first free and fair election after decades of authoritarian rule in which hundreds of political activists have been arrested or killed. And in three months, Seoul will host the 1988 Olympic games, a momentous event for a nation that just twenty-five years earlier numbered amongst the poorest in Asia. After decades of Cold War boycotts, this Olympics finally promises to reunite most of the Eastern and Western teams.

1987 is also the year film The Living Daylights came out in which James Bond teams up with a deadly female Communist agent. The passengers on Flight 858 would have only had to look at seat 7B to see the genuine article, for Mayumi’s real name was Kim Hyon-hui, a spy for North Korean intelligence. The daughter of a diplomat and a budding actress, she had been whisked away at age 19 by North Korean intelligence due to her Japanese language skills and striking appearance.

For six years she had lived under a new name and been instructed in hand-to-hand combat and small arms. She could speak Japanese, English, and Chinese fluently and had been personally tutored by Yaeko Taguchi, a woman kidnapped at age 22 from Japan for this very purpose—yes, this was an actual practice of North Korean intelligence. Kim also received training in aspects of Western life foreign to most North Koreans, such as supermarkets, credit cards, and international travel, and previously spent a year traveling in Europe to acclimatize.

Kim Hyon Hui and her co-agent Kim Seung-il—a veteran spy with years of experience—obtained their forged passports in Budapest, and then while visiting Vienna received a large Panasonic transistor radio and a bottle of liquor from two contacts from North Korea intelligence. Concealed inside the radio were 350 grams of C4 explosives, while 700 milliliters of PLX filled the liquid bottle. A timer was set to detonate the C4 in nine hours, which would then ignite the PLX for an even greater destructive effect.

But the two agents do not plan to commit suicide, disembarking during the layover at Abu Dhabi. Flight 858 takes off for the next leg of the journey, bound this time for Bangkok. But as the aircraft is soaring above the Andaman Sea, the bomb detonates with such violence that the pilot does not even have time to report the blast on the radio. All 115 passengers and crew on board are killed. Though wreckage washes up on beaches in Thailand, a massive search fails to find the doomed airliner’s flight recorder.

The North Korean agents, make their way to Bahrain. Weeks earlier they had booked a flight from there to Rome, but it’s not scheduled to depart for two days. South Korean intelligence has already singled out their presence on the passenger list as suspicious, and the two are detained when security agents notice that their passports are forged.

While the security guards confer outside the interrogation room, Kim Seung Il tells his partner that there is only one way their mission will end, and apologizes that she must die so young. He sticks a cigarette in his mouth and hands another to her.

As security agents return, Seung-il chomps down the cigarette, puncturing the cyanide capsule concealed within it. His body’s ability to process oxygen fatally compromised, he dies swiftly.

Hyon-hui also bites down on her cigarette and passes out. But a Bahraini policewoman manages to pluck the poisoned cigarette from her mouth before she can ingest a full dose. Kim survives.

While Kim recovers over several days, a Bahraini and Japanese agent repeatedly question Kim. She sticks to a cover story that she is an orphan from northern China raised in Japan by her father. But the two interrogators repeatedly insinuate that she was in a sexual relationship with Seung-il until Hyon Hui loses her temper. In an unexpected display of her martial arts training, she breaks her Japanese interrogator’s nose, then disables the Bahraini investigator with a punch to the groin and snatches his pistol, intending to kill herself. But then she is caught in a headlock by a guard and finally zapped with a stun gun.

This incident, and the fact that poisoned cigarettes had been found in the past on North Korean agents captured by South Korea, lead to her being flown to South Korea for interrogation. There is a media frenzy as footage is released of her being hustled off a plane in Seoul International Airport with her bobbed hair and checkered black and white coat, her mouth taped to prevent self-harm.

The South Korean interrogators begin to repeatedly press her in Chinese, Japanese and Korean to confess. By Kim’s own account, it is a tour of the bustling streets of Seoul on the seventh day of interrogation that finally shatters her resolve as she realizes it is not the impoverished, repressive wasteland depicted by North Korean propaganda.

The following day she confesses the truth. She and her colleague had been dispatched to blow up Flight 858 in a bid to sow chaos ahead of the first democratic election in South Korea—and to discourage attendance of the Seoul Olympics. She claims she was told these were direct orders from Kim Jong Il, then the son of the current ruler of North Korea.

Pyongyang is outraged, outraged to be accused of perpetrating the airline bombing. North Korea maintains even today that Kim Hyon Hui and her accomplice were agents of South Korea, that the South Koreans have bombed themselves. (Pro tip: the “they bombed themselves” defense is almost never true.)

The Soviet Union echoes the denial, though Beijing, perhaps more intimately familiar with Pyongyang’s tendencies, declines to offer comment. But even columnists in American newspapers are initially skeptical, wondering whether Seoul had extracted the confession through torture. Nonetheless, the incident leads the United States to add North Korea to the list of state sponsors of terrorism, a status it will hold for two decades.

Kim is tried and sentenced to death in March, though she is then pardoned by President Roe Tae-woo, who describes her as a “victim” of brainwashing. The Seoul Olympics proceed successfully. In addition to highlighting to South Korea’s modernization and transition to democracy, they are the last in which the Soviet Union participate.

In 1990, the film Mayumi depicts Kim’s story on the big screen. A year later, Hyon-hui herself publishes her own account, Tears of My Soul, which narrates her thoughts and emotions as she plants the bomb on Flight 858 and later is interrogated in Bahrain and South Korea. She donates all the royalties to the victims of the bombing. The former agent maintains she deserved execution, and is consumed by guilt for her role in the murder of the 115 men and women onboard Flight 858.

Kim also expresses concern for the fate of Taguchi, her Japanese language instructor, and later visits Japan to meet with her family and others who have had loved ones snatched away by Pyongyang. (North Korea admitted to kidnapping Yaeko Taguchi but claims she died in 1986, though Japanese sources maintain she may still be alive.) Kim eventually marries one of the bodyguards assigned to protect her, and remains a fierce critic of the government that trained her to become a killer.

Kim Hyon-Hui’s story parallels that of many other North Korean agents captured by South Kore after bloody incidents, such as Lee Kwang-Soo, survivor of a grounded North Korean spy submarine, and Kim Shin-Jo, one of two commandos to survive an assault on the presidential Blue House in 1968.

Of course, North Korea is not the only state to destroy an airliner full of civilians the 1980s. In 1988, a U.S. cruiser shot down an Iranian airliner, killing 290, while Soviet fighters earlier shot down two South Korean airliners, on the second occasion killing 269. These incidents killed more people and reflect poorly on both countries, but were not intentional acts of terrorism.

However, the bombing of Flight 858 more closely resembles the Lockerbie bombing perpetrated by Libyan agents in 1988. Both were deliberate and spiteful state-led projects to massacre civilians in pursuance of political objectives. It still sounds absurd to state the fact plainly: North Korea blew up an airliner to drive down attendance at an athletic event.