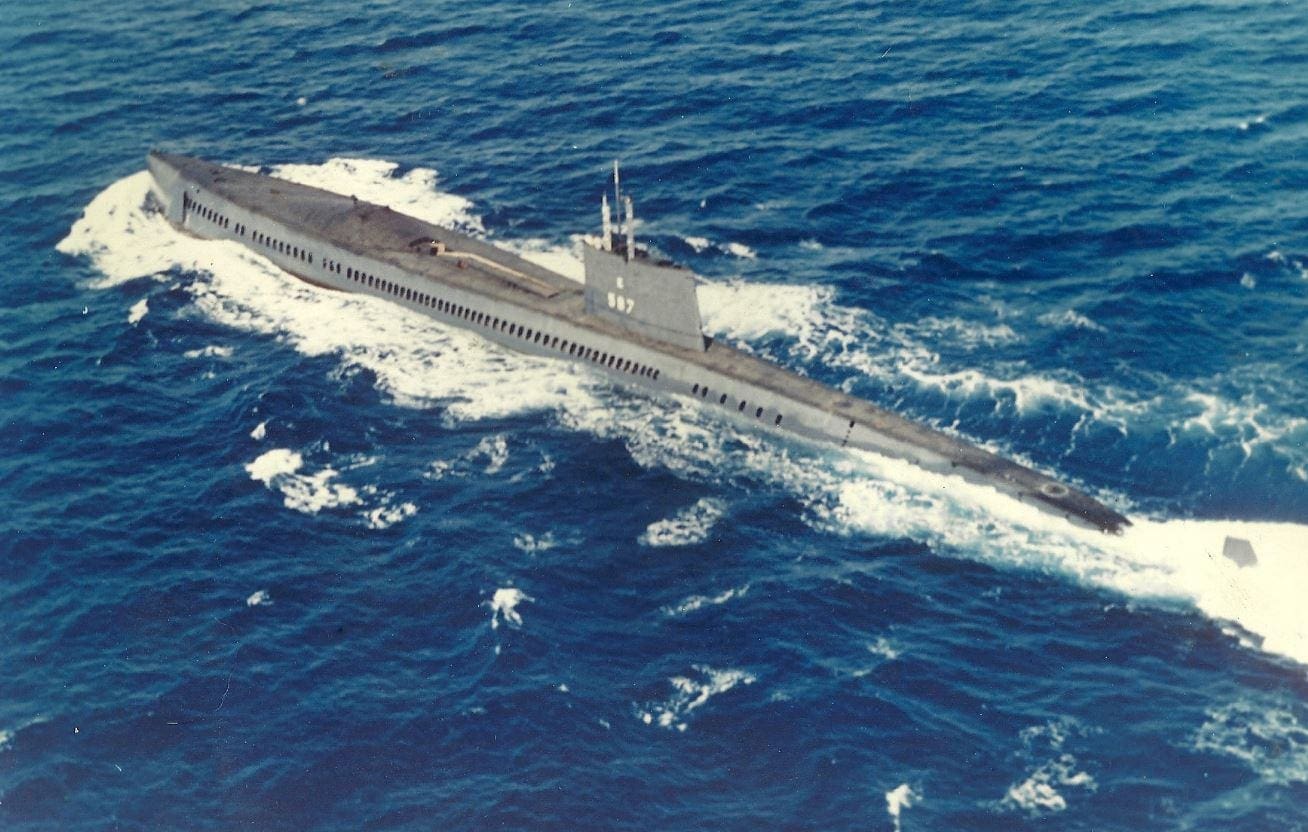 A nuclear-powered American spy sub just off the Soviet coast at the bottom of the ocean—what could go wrong?

One of the Soviet Union’s important naval bases was located on the Kamchatka Peninsula, in Russia’s far east. The peninsula abuts the Sea of Okhotsk, a large bay west of Kamchatka and northeast of Japan. Though very far from Moscow, the Kamchatka Peninsula naval base was connected to another naval base at Vladivostok, near the Soviet Union’s border with China and North Korea. Their connection was more than figurative. It was discovered that an underwater communications cable connected the two bases and was used heavily to communicate with each other—and connected Kamchatka with Moscow.

The potential intelligence that could be gleaned from tapping the Kamchatka-Vladivostok cable was great, as would be the difficulty in gaining access to the cable. Most of the cable ran through the Sea of Okhotsk, a heavily protected bay that the Soviet Union considered it to be part of its territorial waters. There were extensive anti-submarine obstacles and acoustic listening devices with which to monitor surface and underwater traffic. It would be a tough mission, but if successful, immeasurably valuable.

Not just any submarine could be sent deep underwater to tap a cable however, a special sub was needed. The nuclear-powered USS Halibut was chosen for the tapping mission. Originally diesel-powered, Halibut had been converted to nuclear power and repurposed for special operations missions. To better serve as a special operations-capable sub Halibut underwent several modifications to support Navy divers. Special skids were installed to allow the sub to sit on the ocean floor, anchors were placed along the hull to keep the sub in place, a diving chamber mated to the deck to allow divers access to the outside, as well as an array of photographic and robotic equipment.

Though the Americans knew the Kamchatka-Vladivostok cable existed, they did not know exactly where. Looking for a slender cable on the seafloor would have been like looking for a needle in a haystack, and dangerous. The cables were allegedly found thanks to the signs posted on the shore where the cables left the sea, warning fishermen and boaters not to drop their anchors or nets in the areas indicated by the cables to prevent them from fouling.

The top-secret nature of the Halibut’s mission precluded most of the sub’s crew from knowing what the true nature of the cable tap mission was. To protect mission secrecy, the crew was told that they would be attempting the recovery of a weapon over a Soviet missile range, which was in fact the mission’s secondary objective.

The first tap successfully harvested information, but not in a form that was actionable. The cable was actually about a dozen different lines all talking at the same time. Separating the speakers’ voices into different audio channels was done in subsequent taps.

Ultimately Ivy Bells was a success. The twelve or so different lines of audio could be separated. The Soviet Union was so sure that the line was secure, not all of the communications that went through the line were encrypted. Ivy Bell’s secondary weapons harvest mission was also a success and American engineers were given enough of the recovered missile to make a reverse-engineered copy.

Ivy Bells was eventually discovered, though not through any detection of the part of the Soviet Union. In 1980, an indebted former NSA intelligence analyst approached the Soviet embassy in Washington D.C. and revealed the existence of the Kamchatka-Vladivostok cable tap, ending its nearly ten-year run.

There appears to be renewed interest in undersea cables, however. Not secret communication cables, but fiber-optic internet cables that carry much of the world’s internet traffic which, if severed could potentially cripple governments or economies thanks to the degree to which the world depends on the internet. In a time of crisis, severing underwater internet cables could be catastrophic. We are it seems, going back to the future.