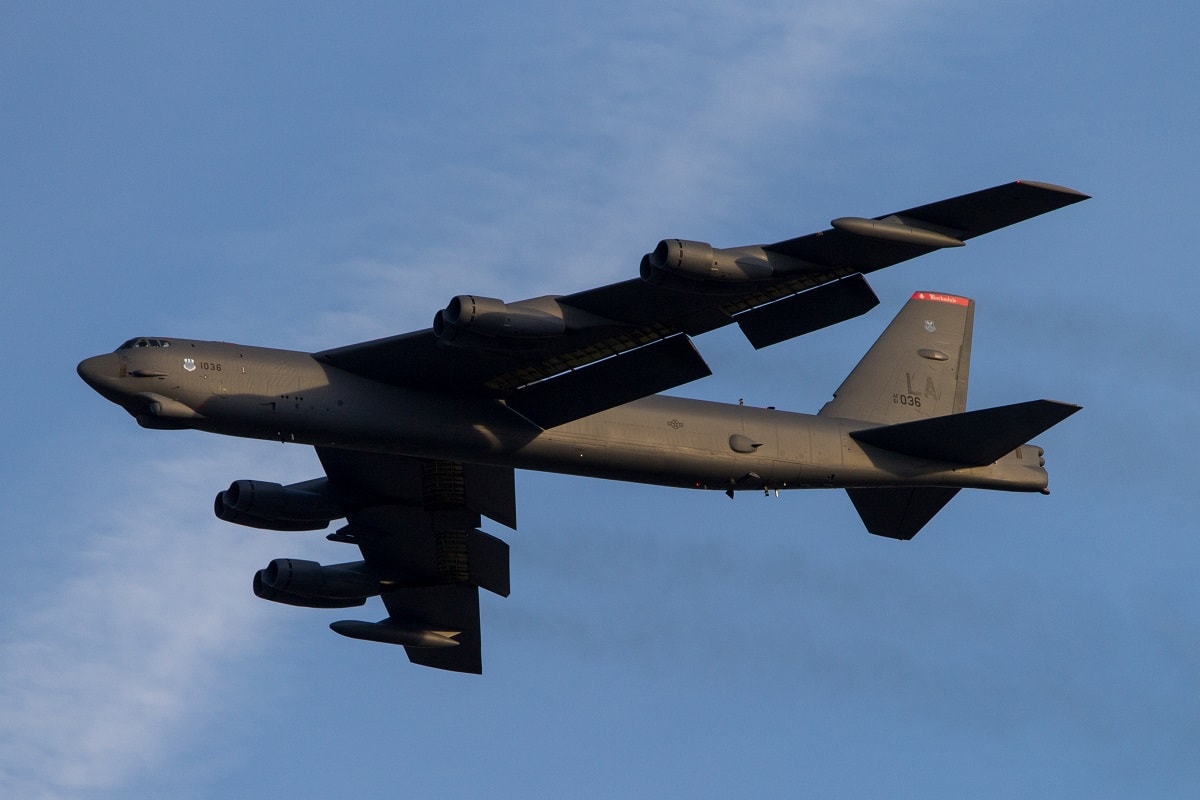 Over Fifty years ago on March 12, 1968, a top-secret U.S. base on a mountain top in Laos was overrun by an elite force of Vietnamese commandos. Only six of the eighteen CIA and Air Force personnel manning the remote outpost escaped with their lives in an incident that would remain veiled in secrecy for three decades.

This was because the U.S. military was legally prohibited from operating in Laos. The southeast Asian nation had been wracked by a civil war pitting right-wing royalists against Pathet Lao communists—the latter backed by North Vietnam, which used Laotian territory to clandestinely funnel troops into South Vietnam via the Ho Chi Minh trail. However, in 1962 Washington, Hanoi and Laotian factions all signed a peace treaty in which the foreign powers agreed to withdraw their forces from the country.

However, North Vietnam only withdrew a minority of its forces, and the United States continued transferring extensive military aid to the royalist and instead began a secret but large-scale aerial bombing campaign in the kingdom known as Operation Barrel Roll. Though warplanes based in Vietnam and Thailand flew missions into Laos, CIA-run mercenary contractors and ‘airlines’ such as Air America flew transport and observation aircraft from Laotian bases.

CIA personnel also recruited local Hmong, an ethnic minority present in several southeast Asian states, to fight a guerilla war against the Pathet Lao. It was with this purpose in mind that CIA personnel first established a base atop the steep cliff of Phou Pha Thi mountain, a sacred place in the Hmong’s animist faith which happened to be strategically located near the border with North Vietnam.

This base was one of many ‘Lima Sites’ in Laos intended to facilitate aerial supply of U.S.-allied forces. The main facility was at the peak of the 5,600-foot high mountain surrounded by steep cliffs; you can see the base’s layout in this photo. A path wound downslope to a short 700-meter long airstrip at the base of the mountain was used for resupply and staff rotations, delivered in covert weekly flights by CH-3 helicopters of the 20th U.S. Air Force helicopter squadron.

In the summer of 1966, the U.S. Air Force decided to adapt the base with a new purpose—to serve as radar-navigation system, a or TACAN, by installing a power generator and first a transponder. In the era predating GPS, TACAN sites helped warplanes find their targets, especially, while flying under low visibility conditions or at night. (The first radio navigation system, known as Knickebein, was developed by Nazi Germany, to enable more precise night bombing of England.) In 1967, this was further upgraded to a TSQ-81 antenna and remote bombing system that allowed the base to remotely control U.S. bombers.

Hanoi was only 135 miles northeast of Lima 85, so the clandestine base was able to direct very precise coordinates for U.S. aircraft bombarding the North Vietnamese capital. Because those strikes could involve anything from F-105 fighter bombers to dozens of huge B-52 bombers, this made the base a deadly force multiplier. In just six months, Lima 85 directed between 25 and 55 percent of the air strikes pounding North Vietnamese and Laotian targets.

Because Laotian Prince Souvanna refused to accept U.S. military personnel in Laos, U.S. Air Force personnel deployed to Lima 85 had to sign papers temporarily discharging them from the U.S. military before deploying to Lima, a farcical process known as ‘sheep dipping.’ These technicians were supposed to go unarmed, though they did eventually end up acquiring a handful of small arms. Instead, the base’s security was supposed to be assured by a battalion each of Hmong militia—advised by CIA agents—and Thai Border Patrol policemen deployed around the base of the mountain.

However, Lima 85 may have been concealed from the U.S. public, but it’s presence and purpose were not a secret to the Pathet Lao and North Vietnamese Army (NVA). Scouts probed the base’s defenses in December 1967, and on January 12, 1968 a flight of four An-2 biplane transports attacked Lima 85 using underwing 57mm rockets, and 120mm mortar shells dropped out the side doors, killing four Hmong. An Air America UH-1 helicopter was scrambled to intercept the slow transports shot down one of the transports using AK-47 fired out the side—one of very few helicopter-on-airplane kills on record. Another An-2 crashed, either due to ground fire or a failed evasive maneuver.

The base was subsequently hit by a mortar barrage on January 30, then on February 18 Hmong militia ambushed and killed a team of NVA artillery observers near the mountain and recovered plans for a coordinated bombardment of the facility. American military leaders knew the isolated base was surrounded by stronger enemy forces and likely to come under attack, but the base’s TACAN support was considered so valuable that Amb. William Sullivan resisted evacuating the site. Unable to deploy significant defenses, the base’s technicians instead began dispatching hundreds of airstrikes against nearby communist forces to secure their position.

Elite North Vietnamese commandos from the 41st Special Forces battalion had already scaled the seemingly impassible cliffs on Phou Pha Thi’s northside without being detected on January 22 and reconnoitered the most feasible infiltration routes. Early that March, a thirty-three man platoon under the command of Lt. Truong Muoc assembled near the mountain, where they were reinforced by a nine-man sapper squad. The commandos were equipped with AK-47s, SKS carbines, explosives, hand grenades and three rocket-propelled grenade launchers.

At 6PM on March 11 an artillery bombardment gave cover for Truong’s pathfinders to clear out mines and secure the infiltration paths to Lima 85. A few hours later, regular troops of the 766th Regiment of the NVA and a Pathet Lao battalions launched an attack that pinned down the Hmong troops in the valley around the mountain. Finally around 9 PM, Truong’s men began scaling up the cliff, the operators splitting into five “cells” to launch a multiprong attack. Cells One and two would concentrate on the command post, cells three and four would seize the TACAN equipment and airstrip respectively, and the fifth cell would remain in reserve.

The base personnel reported the artillery bombardment, but Ambassador Sullivan decided not to order an evacuation unless the attack proved to be overwhelming. Only by 8 AM the following morning did he dispatch helicopters and air support to cover the personnel’s escape.

This was far too late. The Truong’s infiltrators were in position by 3 AM that morning and knocked out Hmong guard posts and the base’s TSQ-81 radar and power generator using rocket propelled grenades. When base commander Maj. Clarence Barton and several Air Force technicians rushed out to assess the situation, they were gunned down by the commandos. By 4 AM, the first three cells had captured all of their objectives. Some were captured and then flung over the cliff on Truong’s orders. Only cell 4 was forced to disengage from its objective, unable to dislodge a superior Hmong force of two infantry platoons and a mortar squad deployed around the airstrip.

Surviving U.S. personnel had fled to a ledge on the side of the cliff, where they were trapped as grenades and small arms fire rained down upon them. Firing back with their assault rifles, they attempted to call down an airstrike nearly on top of their position.

Finally at dawn, Air America helicopters covered by A-1 Skyraider attack planes swooped down upon the mountain. Hmong troops, led by two CIA agents and supported by Skyraiders, engaged in a fierce firefight as they attempted to dislodge the NVA commandos from the TACAN site. Though North Vietnamese platoon held its ground, the fracas provided a distraction for five surviving Air Force technicians and two CIA agents to be extracted.

Chief Master Sergeant Richard Etchberger, one of the airmen trapped on the cliff, refused to board a rescue chopper until he had loaded three of his injured comrades on the Huey’s rescue sling. As he was being lifted away, the Pennsylvanian was mortally wounded by a parting burst of assault rifle fire. Communist forces would retain control of Phou Pha Thai mountain and later repel a Hmong offensive to seize it back.

Muoc’s assault on Lima 85 had significantly weakened the U.S. air campaign over North Vietnam and Laos. According to Vietnamese accounts, he lost only one commando and killed at least forty-two Thai and Hmong troops as well as a dozen U.S. airmen. However, Truong would return home to a court martial rather than a hero’s welcome; his superiors were outraged that he had destroyed the valuable TACAN equipment and killed the technicians instead of capturing them.

Ironically, both Washington and Hanoi collaborated in preserving the secrecy of their war in the Laos. North Vietnam needed to maintain and secure the Ho Chi Minh trail’s route through Laos, while the U.S. military was compelled to try to stop them there. That both were violating a treaty they had signed was merely something that had to be concealed from the public.

In a tragic postscript, Etchberger would be posthumously nominated for the Medal of Honor, but would have the request denied by the Air Force due to the need to maintain the secrecy of the U.S. air war in Laos, which would actually escalate under the Nixon administration and be exposed with the release of the Pentagon Papers. The United States dropped one ton of bombs for every person living in Laos, delaying but not preventing, the eventual communist victory in 1975.

Only thirty years later did the United States officially acknowledge the battle at the clandestine site. Etchberger would finally be awarded the Medal of Honor in a ceremony on September 1, 2010. Earlier in the 2000s, Vietnamese veterans of the battle helped U.S. military personnel locate the remains of airmen that had been cast over the side of the cliff, and later those of Major Barton as well.

Preserving the memory of shadowy episodes like the battle of Lima 85 may not heal the wounds of the past, but it can help bring about an honest reckoning of the mistakes that were made and inspire reflection as to how to avoid repeating them in the future.