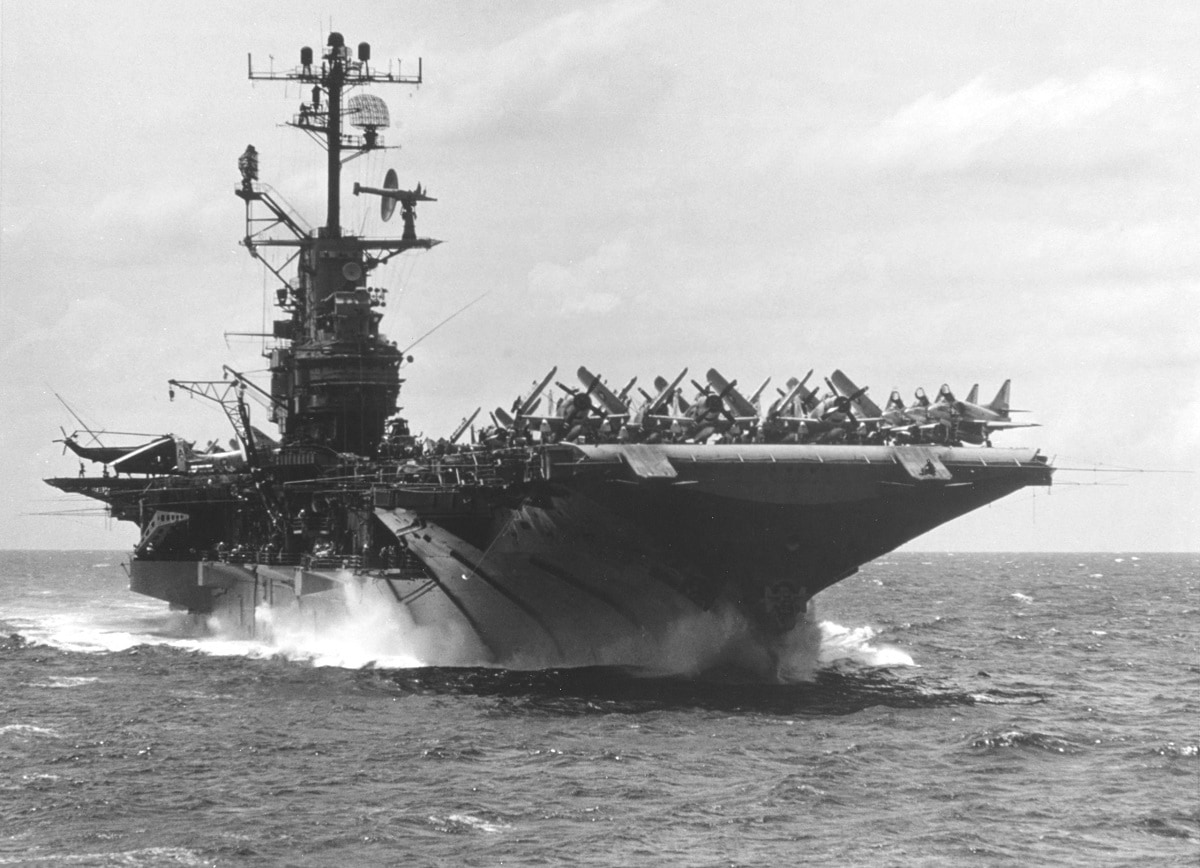 The USS Intrepid is one of the most iconic aircraft carriers to have ever served with the United States Navy. During the Second World War, the Intrepid saw action for two years in the Pacific Theater, and took part in combat operations against Japanese naval forces. After being decommissioned following the end of the war, the Intrepid would eventually be recommissioned and would enjoy a second career as a modern attack carrier. Today, the Intrepid serves as a memorial and museum ship.

The USS Intrepid was the 11th Essex-class carrier to be produced by the United States Navy. The U.S. Navy had begun experimenting with the idea of aircraft carriers two decades earlier in the 1920s, and the first eight aircraft carriers that the Navy built all varied in terms of size, speed, protection, and the number of aircraft that they were capable of carrying as the United States attempted to field the greatest number of carriers capable of launching the highest number of combat sorties possible while still remaining within the confines of existing international treaties that placed limits on naval tonnage. The ninth carrier the Navy constructed, the USS Essex, was a product of this previous experimentation. Between February 1940 and June 1943, the U.S. Navy ordered a total of 26 Essex-class carriers, and with 24 of the vessels ultimately constructed the Essex is the largest class of aircraft carriers ever constructed by the Navy. More than half of these, including the Intrepid, would go on to serve with the Navy’s Pacific Fleet during World War Two.

The USS Intrepid that served during World War Two is the fourth U.S. Navy vessel to bear that name, and was launched in  April 1943, and after completing training arrived in Hawaii in January 1944. The Intrepid would see its first action as part of the U.S. military’s efforts to capture the Marshall Islands. In February 1944, the Intrepid would be struck by a torpedo would return to Pearl Harbor for repairs before rejoining the fleet.

A Return Back Into Service

Following the end of the war, the Intrepid was decommissioned in February 1947. Five years later, however, it would begin receiving extensive modifications and in 1954 was fully recommissioned as the first U.S. Navy aircraft carrier to operationally make use of U.S.-made steam catapults. The modernized USS Intrepid would go on to serve as an attack carrier and would see service during the Vietnam War.

In 1974, the Intrepid would be decommissioned again, this time for good. While the aircraft carrier was originally slated for scrapping, it would instead be saved and turned into a museum ship in New York City, where it remains today.