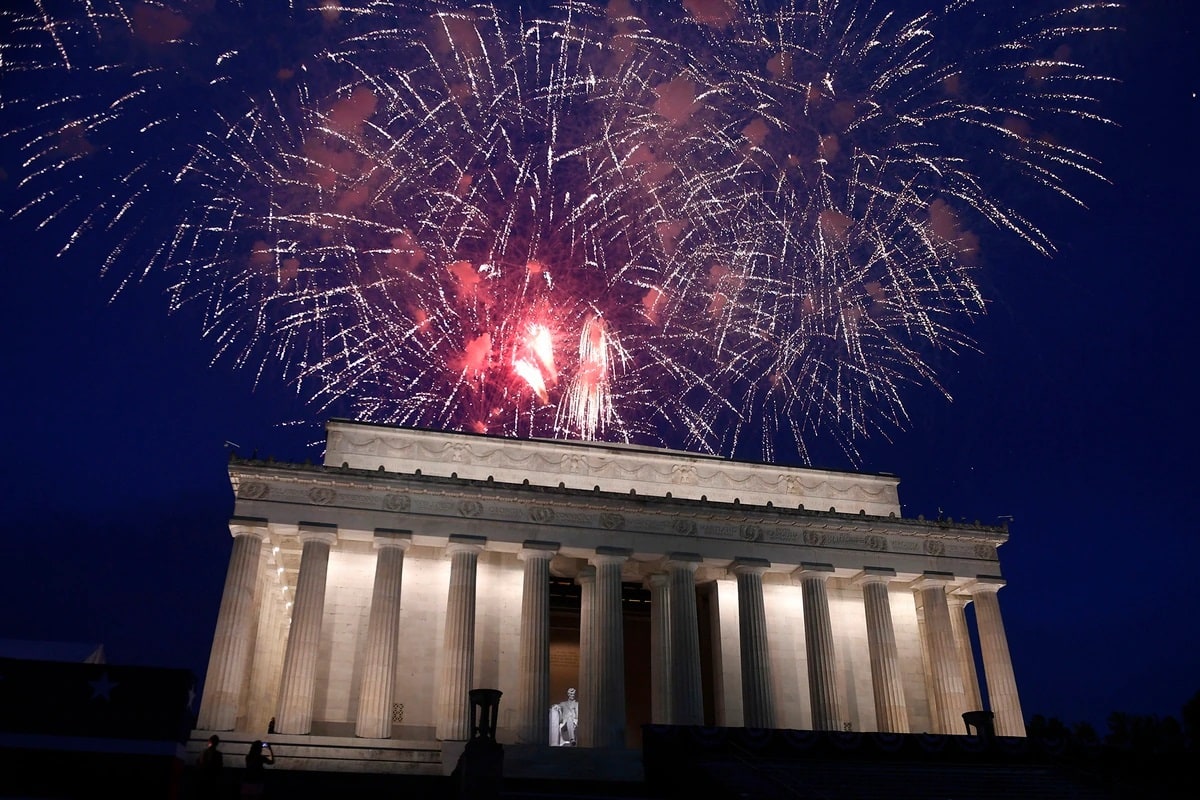 The Los Angeles Police Department made national news earlier this week when officers seized a large cache of illegal fireworks, which soon exploded.

According to KTLA, the raid was meant to lead to a “controlled demolition” of the fireworks but ended in a “major explosion” that injured 17 people, including ten police officers.

The officers had seized 40 homemade “coke can-sized” as well as 200 smaller devices. The fireworks were loaded into a semi-truck for what was meant to be a “controlled demolition,” but things went sideways very quickly. A news helicopter captured footage of the blast.

“Something happened in that containment vehicle that should not have happened. And we don’t know why, but we intend to find out why,” LAPD Chief Michel Moore said at a news conference, per the TV station.

Where Are Fireworks Legal?

Following the incident, you might be wondering which states have laws against fireworks, and which do not. This is especially the case heading into the Independence Day holiday, which is far and away the biggest day of the year for fireworks.

According to USFireworks.biz, fireworks are legal under federal law, but some states have laws that are more stringent than others.

In California, per that site, sparklers, smoke and punk, fountains, novelties, crackle and strobe, and wheels and spinners are “legally allowed,” while a long list of other stuff- bottle rockets, skyrockets, roman candles, firecrackers, missiles, parachutes, sky flyers, display shells and aerial items are allowed “with permit only.”

Meanwhile, the fireworks industry this year has been facing a major shortage, and in many areas fireworks have either been in short supply or unusually expensive.

“During the pandemic, the U.S. consumer fireworks industry experienced unprecedented sales with industry revenues nearly doubling from $1B in 2019 to $1.9B in 2020. With those record-breaking sales, retailers exhausted their inventories and have encountered numerous challenges preparing for this first post-pandemic major holiday,” the APA statement said.

The organization attributed the shortage to exhausted inventories following the boom of 2020, delays in manufacturing in China, and limited capacity on ocean vessels, and other factors.

“Approximately 30% of the consumer fireworks needed for this Independence Day either didn’t make it out of China, are sitting on ocean vessels in the Pacific Ocean waiting to berth at the ports, or they’ve been sitting at the West Coast ports of Los Angeles and Long Beach for 9-12 weeks waiting to be put on the rail,”  Julie L. Heckman, Executive Director of the APA, said in that statement. “Consumer fireworks, like many household consumer products, are caught up in the global supply chain disruption resulting from the pandemic,” she continued in the statement issued at the end of June.

The APA went on to encourage consumers to shop early for their fireworks this year.

“As consumers, we are paying more for most household products these days, especially products that are imported due to the significant increase in transportation costs. Many fireworks importers have reported that the transportation costs associated with importing a container of product has more than doubled. As such, fireworks retailers can’t absorb that significant increase on their own, so consumers can expect a little less bang for the buck when purchasing fireworks for their backyard celebrations,” Heckman continued.

The APA also touted that while records were broken in 2020 for fireworks sales, the fireworks injury rate increased only nominally.

“While the fireworks-related injury rate remains relatively low, this is not the time to be lax about fireworks safety as we can always do more to reduce injuries associated with fireworks misuse,” Heckman said, adding that those launching fireworks should follow four rules for safety:

“(1) Discharge fireworks from a hard, flat, level surface; (2) never hold aerial or reloadable tube devices in your hand – they are safe when discharged from a hard, level surface but extremely dangerous when suspended in the air as there is no place for the energy to go but downward, which can cause severe injury; (3) never allow children to handle fireworks, even sparklers can be unsafe when not used properly; and (4) always have a sober, responsible adult in charge of all fireworks activities.”

NFL linebacker Jason Pierre-Paul, who lost a finger in a fireworks accident in 2015 but was able to continue his NFL career, won a Super Bowl ring in February as a member of the Tampa Bay Buccaneers. Pierre-Paul had earlier won a ring with the New York Giants, in 2012, prior to his finger injury.