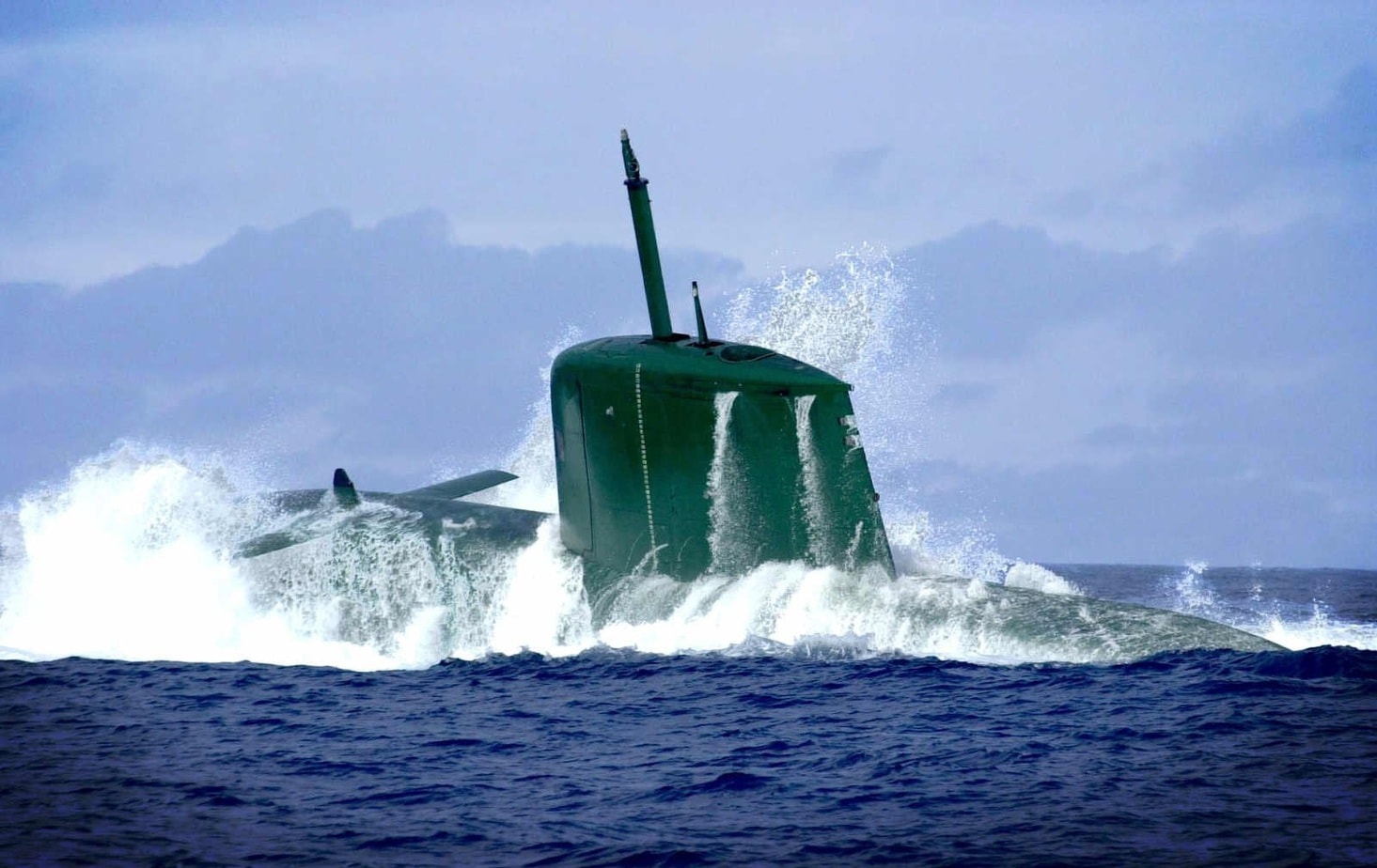 Unofficially, Tel Aviv wants everyone to know it has them, and doesn’t hesitate to make thinly-veiled references to its willingness to use them if confronted by an existential threat. Estimates on the size of Tel Aviv’s nuclear stockpile range from 80 to 300 nuclear weapons, the latter number exceeding China’s arsenal.

Originally, Israel’s nuclear forces relied on air-dropped nuclear bombs and Jericho ballistic missiles. For example, when Egyptian and Syrian armies attacked Israel during the 1973 Yom Kippur War, a squadron of eight Israeli F-4 Phantom jets loaded with nuclear bombs was placed on alert by Prime Minister Golda Meir, ready to unleash nuclear bombs on Cairo and Damascus should the Arab armies break through.

Though Israel is the only nuclear-armed state in the Middle East, Tel Aviv is preoccupied by the fear that an adversary might one day attempt a first strike to destroy its nuclear missiles and strike planes on the ground before they can retaliate. Currently, the only hostile states likely to acquire such a capability are Iran or Syria.

To forestall such a strategy, Israeli has aggressively targeted missile and nuclear technology programs in Iraq, Syria and Iran with air raids, sabotage and assassination campaigns. However, it also has developed a second-strike capability—that is, a survivable weapon which promises certain nuclear retaliation no matter how effective an enemy’s first strike.

Most nuclear powers operate nuclear-powered ballistic missile submarines which can spend months quietly submerged deep underwater and at any moment unleash ocean-spanning ballistic missiles to rain apocalyptic destruction on an adversary’s major centers. Because there’s little chance of finding all of these subs before they fire, they serve as one hell of a disincentive to even think about a first strike.

But nuclear-powered submarines and SLBMs are prohibitively expensive for a country with the population of New Jersey—so Israeli found a more affordable alternative.

During the 1991 Gulf War, it emerged that German scientists and firms had played a role in dispersing ballistic missile and chemical weapons technology to various Arab governments—technology which aided Saddam Hussein in bombarding Israel with Scud missiles. This in fact was long-running sore point: in the early 1960s, Israeli agents even carried out assassination attempts, kidnappings and bombings targeting German weapons scientists working on behalf of Arab governments.

Chancellor Helmut Kohl hatched a plan to simultaneously compensate Israel for the damages, while generating business for German shipbuilders suffering a downturn due to post-Cold War defense cuts. Starting in the 1970s, German shipbuilder HDW began churning Type 209 diesel electric submarines for export, with nearly 60 still operational around the globe. One Type 209, the San Luis, managed to ambush Royal Navy vessels twice during the Falkland War, though it failed to sink any ship due to the defective torpedoes.

Kohl offered to fully-subsidize the construction of two enlarged Type 209s, designated the Dolphin-class, as well as cover 50 percent of the cost of a third boat in 1994. The Dolphins displaced 1,900-tons while submerged, measured 57-meters long and are manned by a crew of 35—though they can accommodate up to ten special forces personnel. These entered service 1999–2000 as the INS Dolphin, Leviathan and Tekumah (“Revival”).

Each Dolphin came equipped with six regular tubes for firing 533-millimeter DM2A4 heavyweight fiber-optic guided torpedoes and Harpoon anti-ship missiles—as well as four 650-millimeter mega-sized tubes, which are rare in modern submarines. These tubes can be used to deploy naval commandos for reconnaissance and sabotage missions, which have played a major role in Israeli submarine operations.

However, the plus-size torpedo tubes have a useful additional function: they can accommodate especially large submarine-launched cruise missiles (SLCM)—missiles large enough to carry a nuclear warhead. While a ballistic missile arcs into space traveling at many times the speed of sound, cruise missiles fly much slower and skim low over the earth’s surface.

In the 1990s the United States declined to provide Israel with submarine-launched Tomahawk cruise missiles due to the rules of the Missile Technology Control Regime prohibiting transfer of cruise missile with a range exceeding 300 miles.

Instead, Tel Aviv went ahead and developed their own. In 2000, U.S. Navy radars detected test launches of Israeli SLCMs in the Indian Ocean that struck a target 930 miles away. The weapon is generally believed to be the Popeye Turbo—an adaptation of a subsonic air-launched cruise missile that can allegedly carry a 200-kiloton nuclear warhead. However, the SLCM’s characteristics are veiled in secrecy and some sources suggest a different missile type entirely is used. An Israeli Dolphin submarine may have struck the Syrian port of Latakia with a conventional cruise missile in 2013 due to reports of a shipment of Russian P-800 anti-ship missiles.

Israeli Prime minister Benjamin Netanyahu then purchased three more German submarines, arousing considerable controversy as many felt additional boats were unnecessary. In 2012, Der Spiegel published an expose detailing how German engineers were well-aware of the Dolphin 2’s intended role as nuclear-weapon delivery system, arousing some controversy with the public, as Chancellor Merkel supposedly agreed to the sale in exchange for unrealized promises from Netanyahu to adopt a more conciliatory policy towards the Palestinians. Israel has nonetheless received two of the Dolphin 2s, the Rahav (‘Neptune’) and Tanin (‘Crocodile’) with the Dakar expected in 2018 or 2019.

The 2,400 ton Dolphin 2 model is based on the state-of-the-art Type 212 submarine, which features Air-Independent Propulsion technology and swim faster at twenty-five knots. While diesel submarines rely on noisy air-consuming diesel generators which require the submarine to regularly surface or snorkel, AIP-powered submarines can swim underwater very quietly at low speeds for weeks at a time. 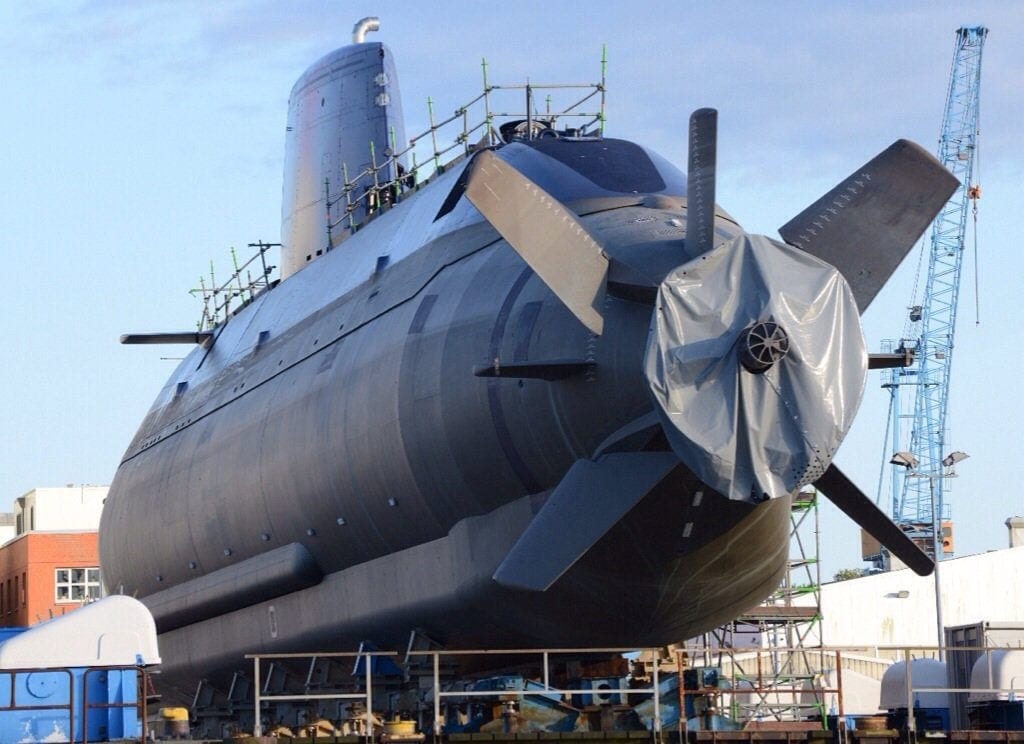 This not only means they are stealthier sea-control platforms, but makes them more viable for lengthy nuclear deterrence patrols. Currently, the Chinese AIP-powered Type 32 Qing-class is the only AIP-powered submarine in service armed with ballistic missiles.

However, as fellow writer Robert Farley points out, there are geographic obstacles that diminish the practicality of Israel’s sea-based nuclear deterrence. For now, there is only one intended target: Iran, a country which lies hundreds of miles away from Israel. While Tehran lies barely within the supposed 930-mile range of an Israeli submarine deployed from their base in Haifa into the Mediterranean Sea, the missiles would have to spend over an hour overflying Syria and Iraq, posing navigational and survivability challenges.

A closer avenue for attack would lie in the Persian Gulf, but this would involve transiting the submarines through the Suez Canal (controlled by Egypt), around Africa (impractically far for the Dolphin-class), or stationing some at the naval base at Eilat, which faces the Gulf of Aqaba on the southern tip of Israel and is surrounded by Egypt, Jordan and Saudi Arabia. In short, deploying Israeli submarines to Iran’s southern flank would require some degree of cooperation and logistical support from other Middle Eastern states that might not be forthcoming in a crisis scenario.

Farley is probably correct in arguing that the Israel’s nuclear-tipped SLCMs are less practical than Tel Aviv’s other nuclear-delivery platforms. For that matter, Israel doesn’t currently face any adversaries with nuclear capabilities to deter against. However, like the idea of second-strike capability in general, the threat of sea-launched nukes may be more intended political weapon than one strictly intended for its military effectiveness.