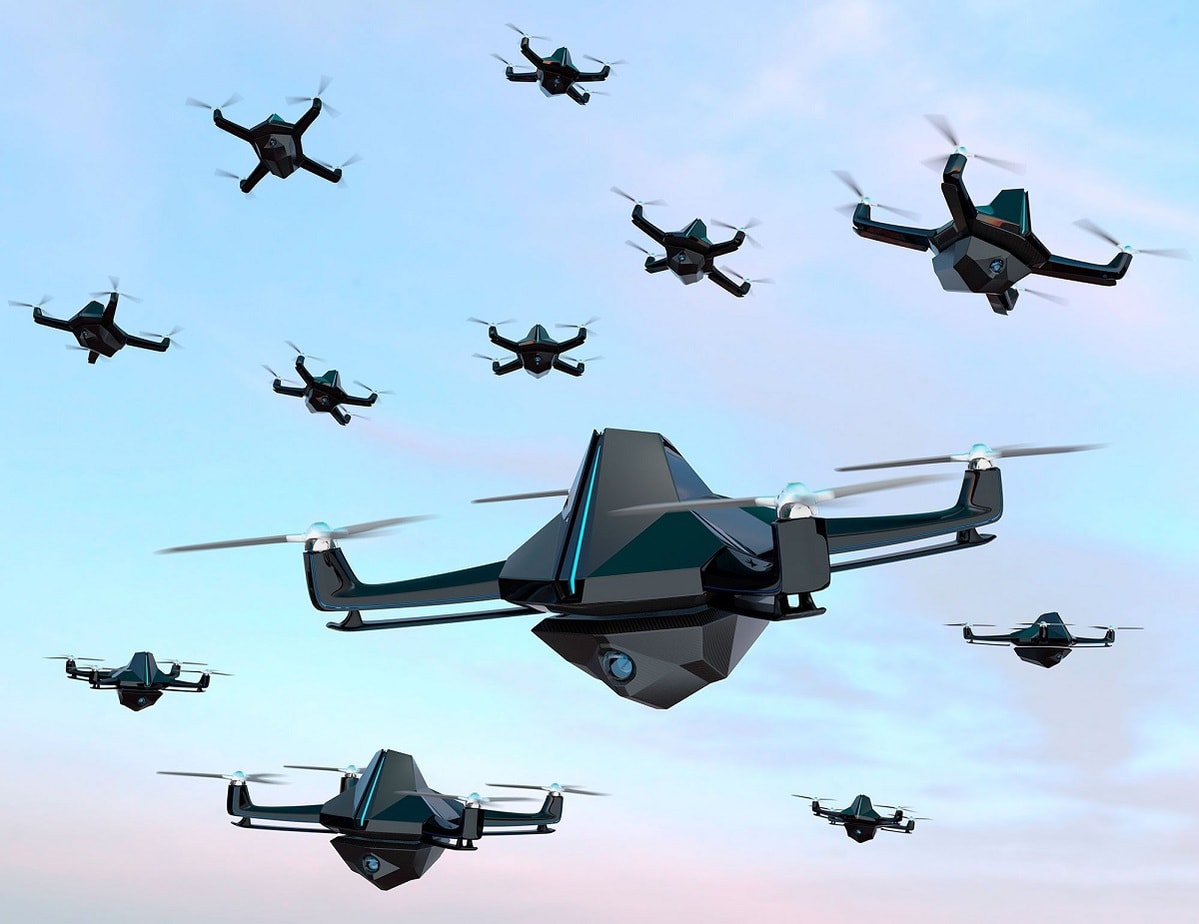 The Israel Defense Forces (IDF) in May made groundbreaking headway into next-generation warfare by utilizing drone swarms in combat.

This occurred during the “Guardian of the Walls” campaign, for which the IDF made use of a swarm of multi-copter drones to locate, identify, and strike Gaza militants.

According to defense writer David Hambling at Forbes, “the swarm proved so effective that the IDF is rolling them out to more units. New details show that it is already far more capable than other swarms under development.”

He added that such a swarm “is not simply a number of drones in the air together. The drones exchange data and work as a single co-operative unit, navigating and maintaining separation to avoid collisions autonomously. A key advantage is that one operator controls many drones and can cover a wide area and many targets.”

IDF Continues To Be Drone Leader

It has been known for years that several other countries are working on similar combat swarms—but the IDF has always been an unquestioned leader in this department. They have been shown to be highly useful as well, as “the rockets are small enough that they can be manually set up on a simple launch rail and fired off.”

The IDF Paratroopers Brigade support company, now converted to a drone swarm unit, has reportedly carried out more than thirty successful operations. Some of the targets included those that were located many miles from the Gaza-Israel border.

“As part of the capabilities of a drone, there is the ability to stay in a certain area and perform its task until it is necessary to replace the battery,” an IDF spokesman told Forbes.

“The swarm has various sensors, some of the drones are multi-sensory, we cannot elaborate beyond that,” he added.

Although there is much secrecy behind such drones, Hambling believes that they “would certainly include daylight cameras and thermal imaging, and possibly acoustic sensors to pinpoint rocket launches or gunfire.”

Moreover, “it may include more exotic devices, like the IDF’s ‘Spiderman drone,’ seen on video in an exercise last year, which attaches itself to a wall and may use through-the-wall sensors,” he continued.

Perhaps the strongest feature of this new warfare is how fast the swarm data is utilized. Sharing drone intelligence is known to be often riddled with long communication delays, but the IDF swarm is seamlessly integrated with the Torch 750 command and control system due to its “plug and play” architecture.

“There is a broad basis which includes elements of command and control, decentralization and information fusion of several elements,” the spokesman noted.

“As part of this basis, the system was developed with ‘open architecture,’ that allows the addition of any elements as needed,” he added.