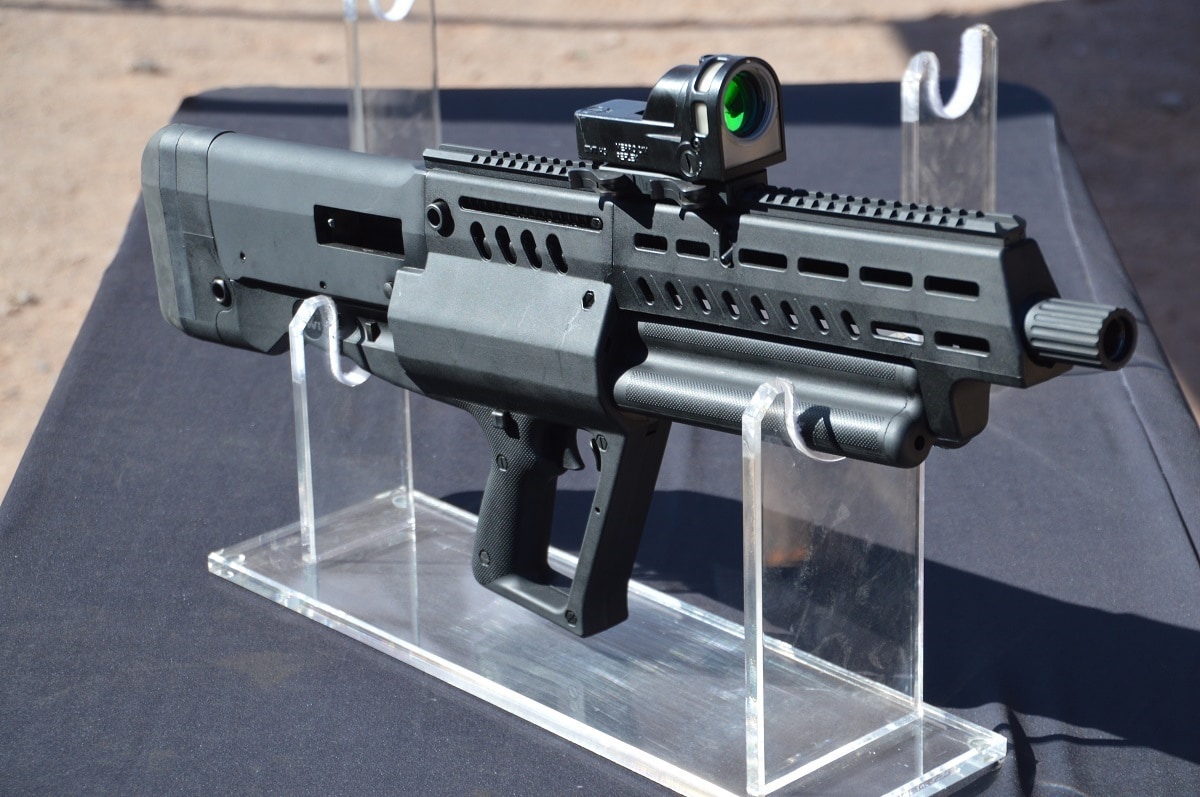 The newish IWI Tavor TS12 has become something of a Rorschach test in the gun media. People seem to either love it or hate it. Featuring similar ergonomics to the full-size Tavor, but just with more bulk, the TS-12 features a rotating tubular magazine that gives it a large capacity of 15 + 1 rounds.

For some, that feature makes the shotgun one of the most innovative on the market. But the earlier, more expensive (twice the price of the TS12) SRM Arms 1216 shotgun featured a similar multi-tube magazine, albeit with a 16+1 round capacity and an array of four tubes. IWI’s design, on the other hand,  features three tubes of five, which are reloaded while they are in the gun.

The supposed benefit of this multi-tube rotating magazine is capacity, 15 + 1 is an incredibly large capacity for a shotgun. But the user must rotate the magazine after firing a string of five shots (or 6 on the initial string). To aid in this process, the bolt locks open letting the shooter know when the tube is empty, automatically closing when a fresh tube of shells is loaded.

Most militaries solely use shotguns for the purposes of breaching or firing less than lethal rounds nowadays. In such a role, minimal size and weight are valued over capacity. The TS-12 would definitely be poorly suited for such a role. While some Asian militaries still use shotguns for close quarter assault purposes, those that do generally will prefer box magazine fed shotguns such as the USAS-12 or Saiga-12 as roughly share the manual of arms with the standard service weapon. The TS-12’s radically different manual of arms is definitely a downside for military use.

In civilian usage, it’s also hard to see a use case for the TS-12. For shooting clays or hunting, capacity is rarely an issue and general pointability is preferred over capacity. For competition, the five shells per tube is probably too few for a serious competitor. Most competitors will generally run tubes with capacities of around eight or so shells and top it off on the fly with how many shells are required to complete a stage, something that can’t really be done with the TS-12. A similar rotating multi-tube magazine product was developed specifically for competition in the “Xrail” that could be fitted to Benelli shotguns, but it has not really seen much use. Alternatively, competition shotgunners simply run adapted Saiga or other AR-style shotguns.

All in all, the TS-12 is an interesting firearm but it’s hard to see a practical use for it. Though some have called it a “combat” or “tactical” shotgun, it’s doubtful that any military or police agencies are even considering the TS-12 for actual use in the field, especially at a price point of $1400 MSRP (pre-COVID).