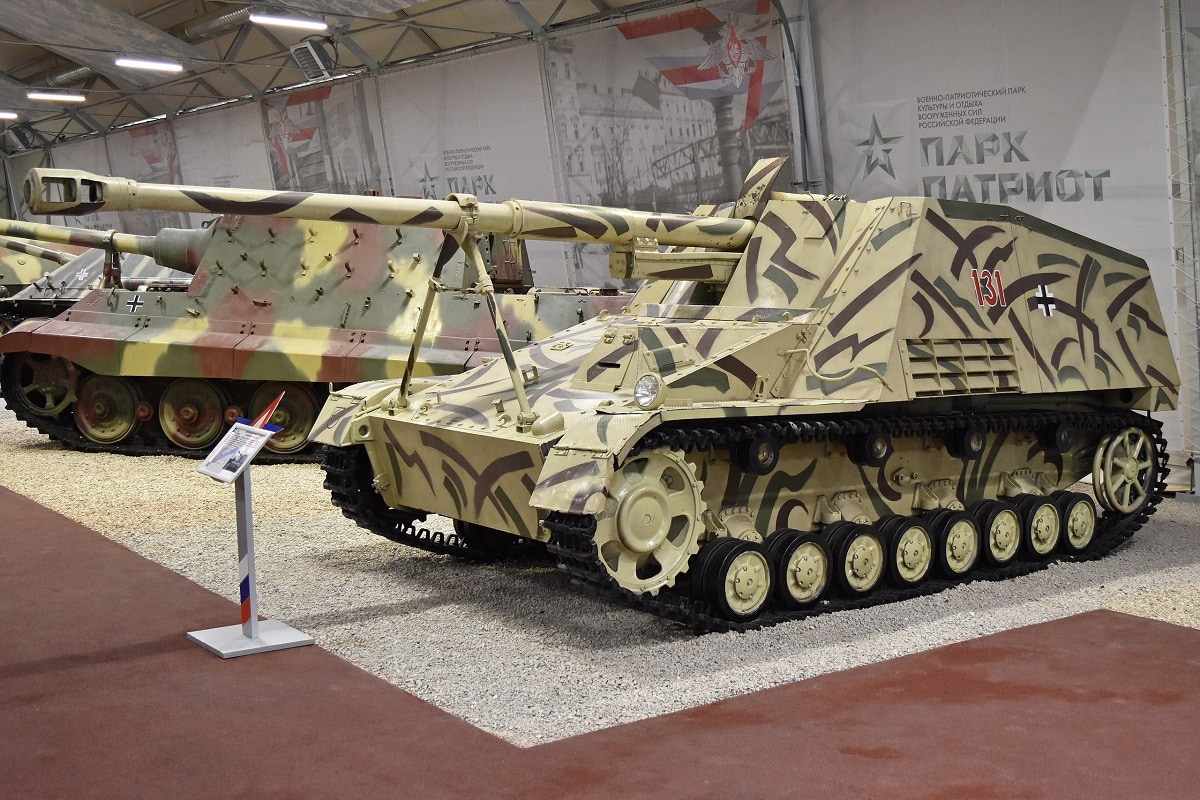 Fact: The tank destroyer had several excellent qualities — most importantly one of the most potent main guns of the Second World War.

One of Nazi Germany’s most potent tank-destroyers was actually a rather slap-dash design, meant rather as a stopgap solution for giving anti-tank crews extra battlefield mobility. Still, despite the so-called Nashorn’s (German for rhinoceros, perhaps due to the platform’s long exposed main gun) improvised nature, it was very powerful, if expedient platform.

By far and away the Nashorn’s most noteworthy aspect was its large-diameter 88mm main gun, the 8.8 cm Pak 43 anti-tank gun. The original design actually originated as an anti-aircraft gun, though the design lent itself exceptionally well to anti-tank warfare.

The 8.8 cm Pak 43 was one of Nazi Germany’s most effective anti-tank weapons of the Second World War. Mounted on a carriage, the massive gun proved to be incredibly potent, especially on the relatively flat and wide-open terrain seen on the Eastern Front. Thanks to the 88mm projectile’s high velocity, the Pak 43 was an exceptionally flat shooter for the era, often able to accurately engage tanks from outside Allied tank range. In fact, the Pak 43 could penetrate every Allied armored vehicle it came against.

Using components from both the Panzer III and Panzer IV tanks, the Nashorn mounted its large main gun to a modified tank chassis, complete with an armored — though open topped — superstructure surrounding the Pak 43’s gun shield.

The Nashorn was seen rather as an interim design, adequate in terms of firepower, though seriously lacking adequate armor protection. While the tank destroyer’s armor shielding could resist most small-arms fire, it was no match for hits from tanks, and thus not to be used within Allied tank’s range of fire, but rather from a distance. And from a distance it was deadly.

The Pak 43’s excellent accuracy combined with superior gunsights virtually negated any of the tank’s armor deficiencies during the massive 1943 Kursk tank battle, aided by the flat landscape. In other theaters, however, especially with uneven terrain like in Italy, the Nashorn did not perform as well, its open-top being a particular vulnerability.

Relatively few Nashorns fought in Germany’s west against American and British armor. Still, there is at least one account of a Nashorn engaging an American M26 Pershing heavy tank in the late stages of the war near Cologne, destroying it.

Despite the Nashorn’s clear battlefield utility, particularly on the Eastern Front, the machine was not built in as high of numbers as other German armor vehicles, with production numbers probably below 500. This was partly due to other, better-armored tank destroyers like the  Jagdpanzer IV making their battlefield debut. Still, though the Nashorn was intended as a temporary solution, it nonetheless excelled.