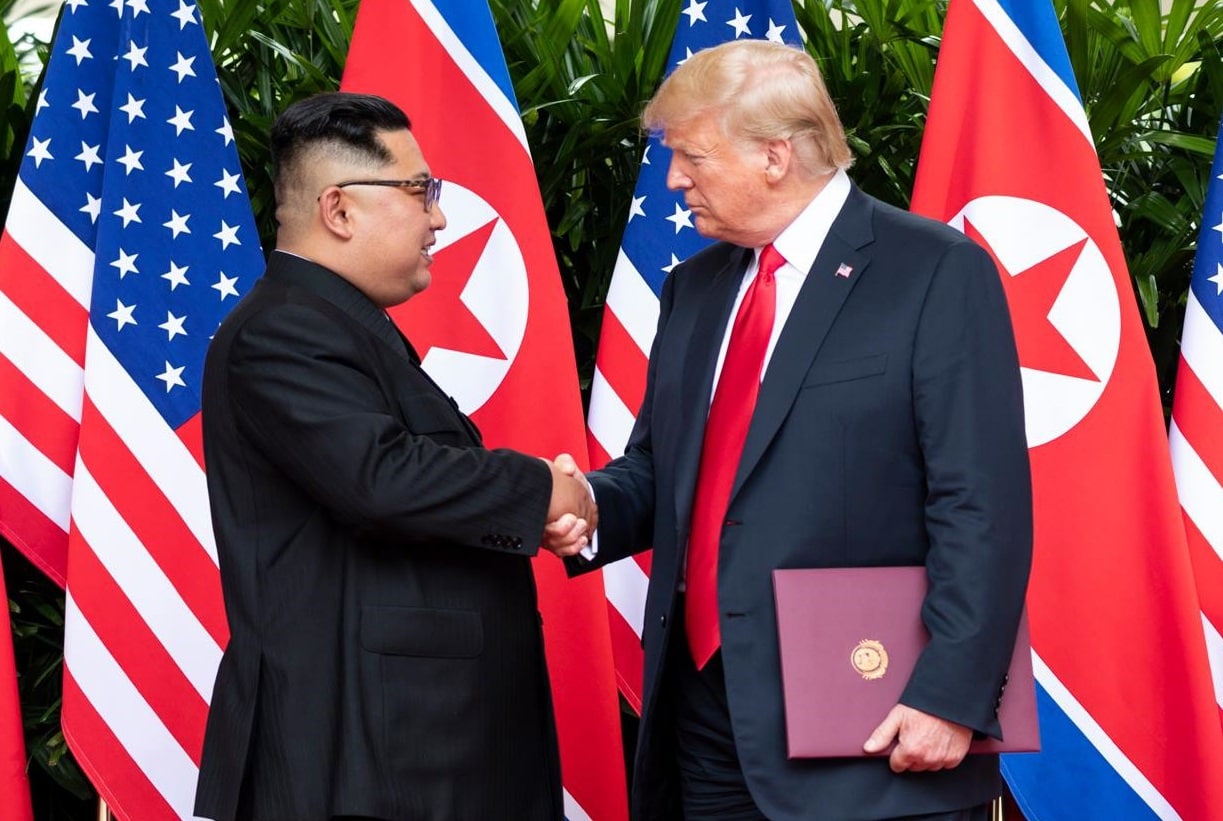 In recent weeks, North Korea observers have noticed that leader Kim Jong-un appears to have lost a significant amount of weight. This has led to speculation that Kim either has gotten healthier or is suffering from some type of illness. The issue has even been raised in the state media, a rarity in North Korea.

One rival intelligence agency says they don’t see any change in the governance in North Korea, as a result of any health issues faced by Kim Jong-un. This despite a rumor that Kim had suffered a cerebral hemorrhage and that his uncle Kim Pyong-il had staged a coup.

“We determine that the speculation about Kim’s health is groundless,” South Korea’s National Intelligence Service (NIS) said in a statement sent to reporters, as reported by Yonhap News Agency. “As far as we have figured out, Kim Jong-un presided over a politburo meeting all day long on June 29 and has carried out state affairs normally as head of state.”

Indeed, per KBS World which cited Korean Central News Agency(KCNA), Kim Jong-un made a public appearance, visiting the mausoleum of his grandfather Kim Il-sung at the Kumsusan Palace of the Sun. The visit, which was captured in a photograph of Kim with several other top government figures, came on the 27th anniversary of Kim Il-Sung, who was North Korea’s founding leader.

Meanwhile, per Bloomberg News, South Korean intelligence also issued a specific estimate as to how much weight he lost. “The National Intelligence Service estimated that Kim recently lost between 10 and 20 kilograms (44 pounds),” a South Korean lawmaker briefed by intelligence said.

This follows rumors in the spring of 2020 that Kim was ailing or even dead, after he did not appear in public for several weeks. However, Kim later scuttled the rumors by appearing again in public.

The speculation about Kim’s health comes as North Korea is continuing to suffer from instability and signs of famine.

“Seeing respected general secretary (Kim Jong Un) looking emaciated breaks our people’s heart so much,” one man from the capital city of Pyongyang told state broadcaster KRT in late June.  “Everyone is saying that their tears welled up.”

It’s exceptionally rare for the North Korean state media to acknowledge anything that could potentially make the nation’s leader look weak, and CNN speculated that perhaps the segment was broadcast in error.

“It is unlikely the segment did not receive some sort of official blessing, given that all media aired in North Korea is approved by government censors,” CNN said of the segment, although the network speculated that perhaps the interview may have “slipped through the cracks.”