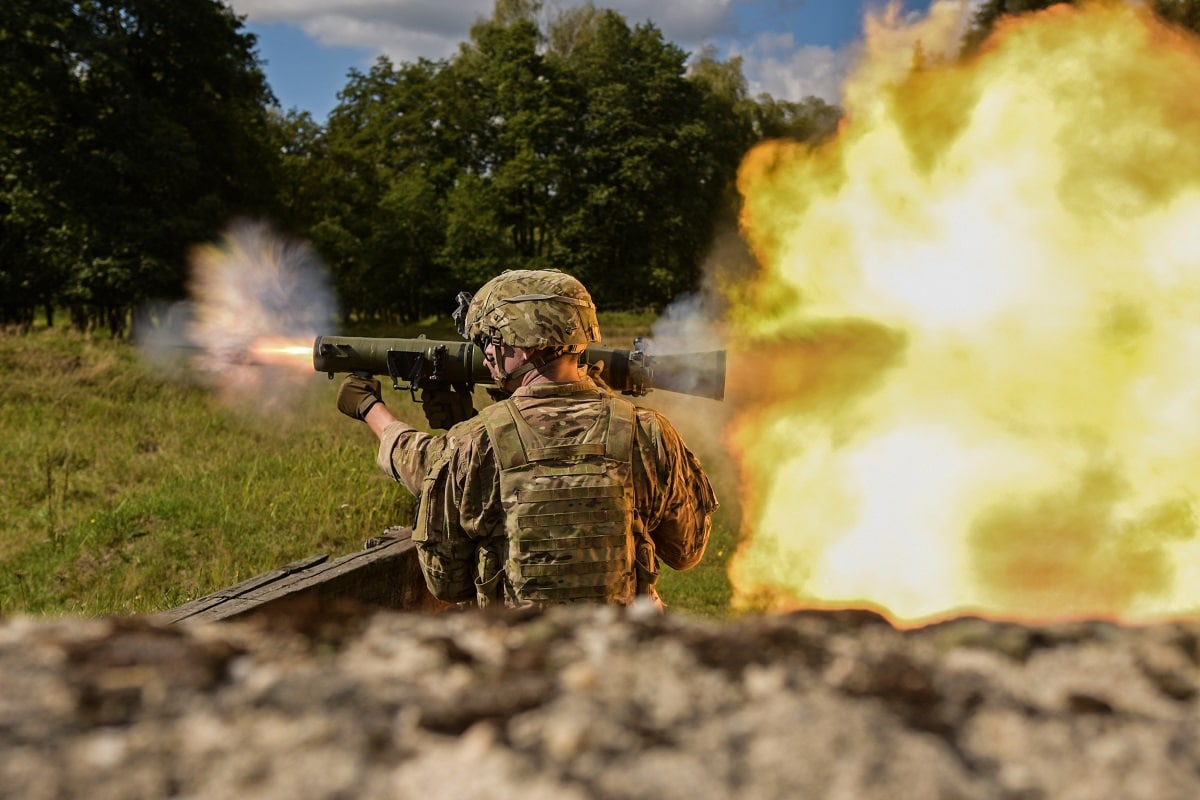 Since the original Carl Gustafs first appeared in Sweden in the aftermath of the Second World War, the Carl Gustaf and its subsequent variants have been widely adopted and utilized by a number of militaries around the world, including the United States armed forces.

Today, the most modern variant of the Carl Gustaf is being adopted by the United States military in increasing numbers.

First appearing in 1948 and manufactured by former Swedish arms producer Carl Gustafs Stads Gevarsfaktori – from which the weapon system derives its name, and which has since been acquired by Swedish aerospace and defense industry firm SAAB AB – and quickly became popular not just in Sweden but in a number of foreign militaries as well. The original Carl Gustaf M1s proved to be popular in part because of the weapon’s rifled barrel, which allowed for stabilization of ammunition while in the barrel and which obviated the need for the use of spring-loaded fins on the projectile once it reached flight – a common feature of other similar systems at the time. This gave the Carl Gustaf’s projectile much greater range than its competitors. By 1964, an improved version of the original Carl Gustaf M1 – labeled the M2 – had been developed.

Like many portable anti-tank weapons developed during this period, the Carl Gustaf series of weapons are classed as recoilless rifles, which emerged as a popular choice for anti-tank weapons in the aftermath of World War Two. Recoilless weapons function by using propellant gases – or some other form of counter mass such as liquid or powder – and expelling them from the rear of the launch tube or barrel. The forward momentum of the weapon’s projectile is essentially balanced out by the backward momentum of the expelled gas or other counter mass, helping to mitigate the otherwise significant recoil than other weapons firing similar projectiles would generate. Recoilless weapons have somewhat decreased in popularity as portable anti-tank missile weaponry has become more widely available, but some recoilless systems – such as the Carl Gustaf – remain popular and in widespread use.

Indeed, while other recoilless systems began to fade away in favor of anti-tank missile systems, the Carl Gustaf has remained relevant through the introduction of new, more modern variants. The third variant of the Carl Gustaf system – designated the M3 – was first introduced in the early 1990s and was again adopted by a host of foreign militaries. This included the United States military, which adopted the Carl Gustaf M3 for use with both special operations forces as well as Army Ranger units. Referred to by the U.S. military as the M3 Multi-Role Anti-Armor Anti-Personnel Weapon System (MAAWS), the M3 featured several improvements over its predecessor variants, including a reduction in weight and the addition of a Picatinny Fire Control Device (PFCD) that can be used as a mount for optical and night sights. The M3 is capable of firing a range of different types of projectiles including High Explosive (HE), High Explosive Anti-Tank (HEAT), and High Explosive Dual Purpose (HEDP) rounds as well as both smoke and illumination rounds. The M3’s effective range depends on the type of round fired, and varies from as little as 200 to as far as 1300 meters.

By 2012, the U.S Army had begun distributing the M3 MAAWS to infantry units deployed to Afghanistan, where long-range engagements that took place beyond the range of the Army’s AT-4 shoulder-fired anti-tank system were common. The M3 MAAWS, with its improved range and large selection of projectile types, proved itself to be an effective and versatile weapon system.

By 2017, the Army had made the decision to double down on its use of the Carl Gustaf, and awarded a contract for the purchase of an improved variant of the weapon, with the Army in 2019 placing another order for even more of the upgraded weapons. Dubbed the M4 by manufacturer SAAB Bofors Dynamics and the M3E1 by the U.S. military, the newest variant of the Carl Gustaf is already in operation with several militaries worldwide and features a further reduction in weight compared to the existing M3 while still offering significant versatility through the use of a number of different projectile types.