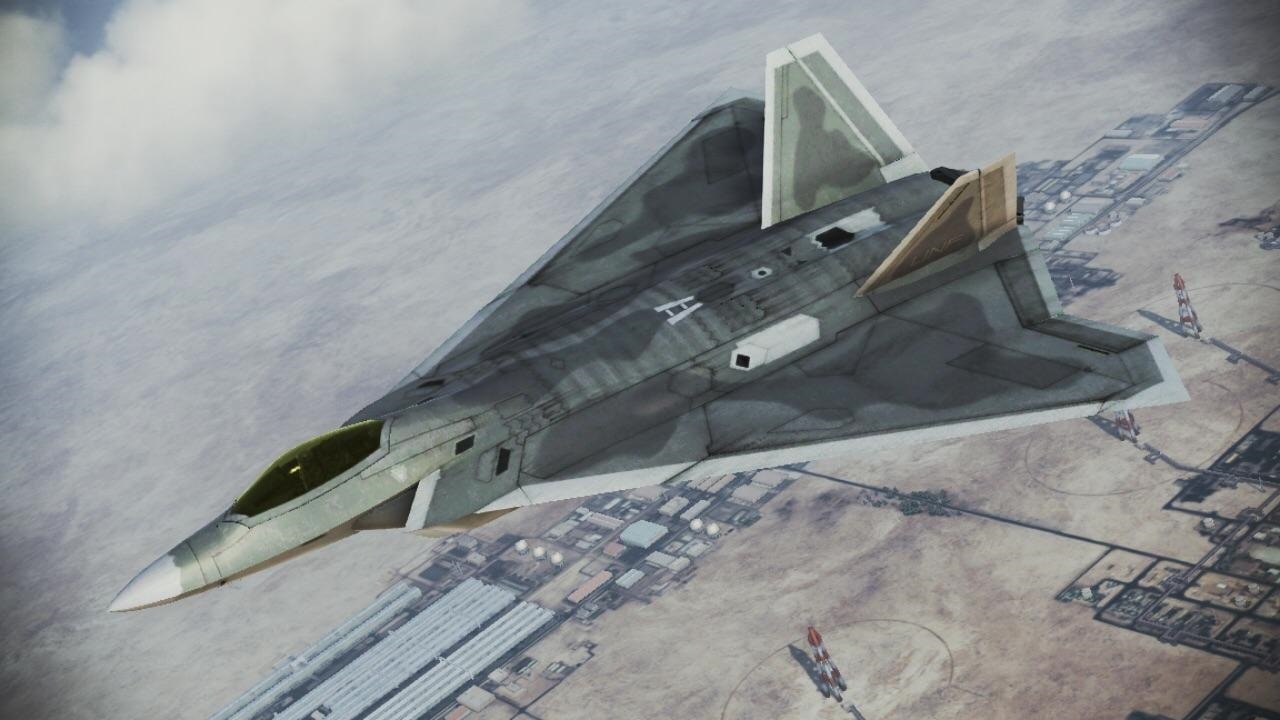 By the beginning of the twenty-first century, the United States had begun production of the F-22 Raptor, the world’s best air superiority fighter—boasting a still unrivaled combination of sustainable high speed, maneuverability and low-observable stealth characteristics. Furthermore, the Pentagon was planning a more affordable multi-role successor for wider-scale production, the F-35 Lightning II. However, the air warfare branch had no new bombers in the pipeline after the B-2 stealth bomber was cut short with only twenty built.

So the idea proposed itself—what if the Raptor could be transformed into a bomber? After all, the F-22’s extraordinary stealth characteristics—superior even to the B-2’s—could be useful for penetrating airspace protected by air defense missiles and enemy fighters, and its supersonic speed would surely also prove an asset.

However, converting the Raptor into a bomber meant adjusting two key parameters: payload and range. The basic F-22 is intended to contest frontline airspace with its combat radius of 600 miles—not nearly far enough for a deep penetrating bomber that can’t rely on tanker planes to tag along into hostile airspace. Furthermore, the Raptor’s modest ground attack capability allows it to carry only four GPS-guided 250-pound Small Diameter bombs internally. Four more can be carried on the wings at the expense of stealth.

When Lockheed Martin studied the concept in the early 2000s, it first considered lengthening the fuselage but found that unacceptably degraded performance. Instead, the manufacturer conceived a variant that kept the fuselage mostly unchanged but sported thicker delta-wings with three times the surface area of the F-22’s—while possibly removing the vertical tail fins.

This proposed FB-22 could have potentially carried 15,000 pounds of munitions, or twice that in a non-stealthy configuration, plus two medium-range AIM-120 air-to-air missiles for self-defense. Additionally, the firm promised that faceted pods in the wings would retain the aircraft’s stealth characteristics when carrying external weapons. The only major change to the fuselage from the basic F-22 would have been a second seat for a Weapon Systems Officer to relieve the pilot on extra-long missions and help target guided weapons.

The FB-22 would have likely ditched the fancy vector-thrust nozzles from the F-22 and have had a reduced tolerance of six times the regular force of gravity, as close range dogfights were simply not something a stealth bomber was intended to get involved in. It would have traded the Raptor’s F119 turbofans for the more powerful F135 built for the Lightning II, allowing it to attain a top speed of Mach 1.9 despite its greater weight. The Raptor bomber would also have carried 80 percent more fuel, tripling range to around 2,000 miles—much better than any current U.S. fighters, but still short-legged compared to operational bombers. You can learn about additional technical details by John Tirpak of Air Force magazine here.

The resulting aircraft would have revived the concept of a high-speed regional bomber, the likes of which had disappeared since the retirement of the supersonic F-111—which, conceived in a period before stealth was a thing, had been designed to evade detection by hugging the ground at low-altitude. The only recent design to use a similar concept is the Russian Su-34 Fullback, an enlarged two-seat bomber variant of the Su-27 Flanker.

In 2003, Air Force Secretary James Roche proposed procuring a force of 150 FB-22s to serve as “interim” stealth bombers, until a larger new design began development in 2037. Keep in mind that at the time the Pentagon thought it would be acquiring over 500 F-22 Raptors, instead of the 187 that were delivered before production was closed.

Lockheed proposed that Boeing, a partner in F-22 production, handle manufacturing of the FB-22 once Lockheed completed development. If this seems generous, remember that Lockheed’s resources were still devoted to developing the F-35, a troubled program that nonetheless promised to secure the company’s fortunes for decades to come.

By 2004, Lockheed had submitted six different FB-22 proposals to the Pentagon. The company estimated that FB-22 would have cost $5 to $7 billion to develop—big bucks, but only a quarter the cost of a clean sheet strategic stealth bomber. Supposedly, the FB-22 would have shared 80% of its components with the F-22, particularly the fuselage and avionics, saving large sums.

However, the FB-22 was definitively axed in the 2006 Quadrennial Defense Review for a simple reason: the Air Force wanted a brand-new strategic bomber by 2018. With its 2,000 mile range, an FB-22 might have been fine as a ‘regional bomber’ flying combat missions from bases in Europe or the Middle East. However, basing options in the Pacific would have been limited to a handful of island bases that could prove highly vulnerable to ballistic missile attack. For these reasons, the Air Force wanted a bigger bomber with longer legs that could take off from bases in the continental U.S. and cross oceans to deliver strikes across the globe—as a B-52, B-1 or B-2 can.

The Pentagon passed on a chance to acquire a capable bomber sooner and far more cheaply than the half-a-billion per plane projected for the B-21 Raider now under development. Yet, doubling down on a Raptor bomber would have saddled the Air Force with two long-term issues: the first is the Raptor’s dated 90s-era computer system and data link, which aren’t highly compatible with new and far superior networked combat systems.

The second problem stems from the Raptor’s expensive and maintenance-intensive Radar Absorbent Material coatings, which have been replaced on the F-35 by much more cost-efficient modular panels. In the unlikely event, Japan seeks to license-build new F-22s, these design elements would have to be upgraded.