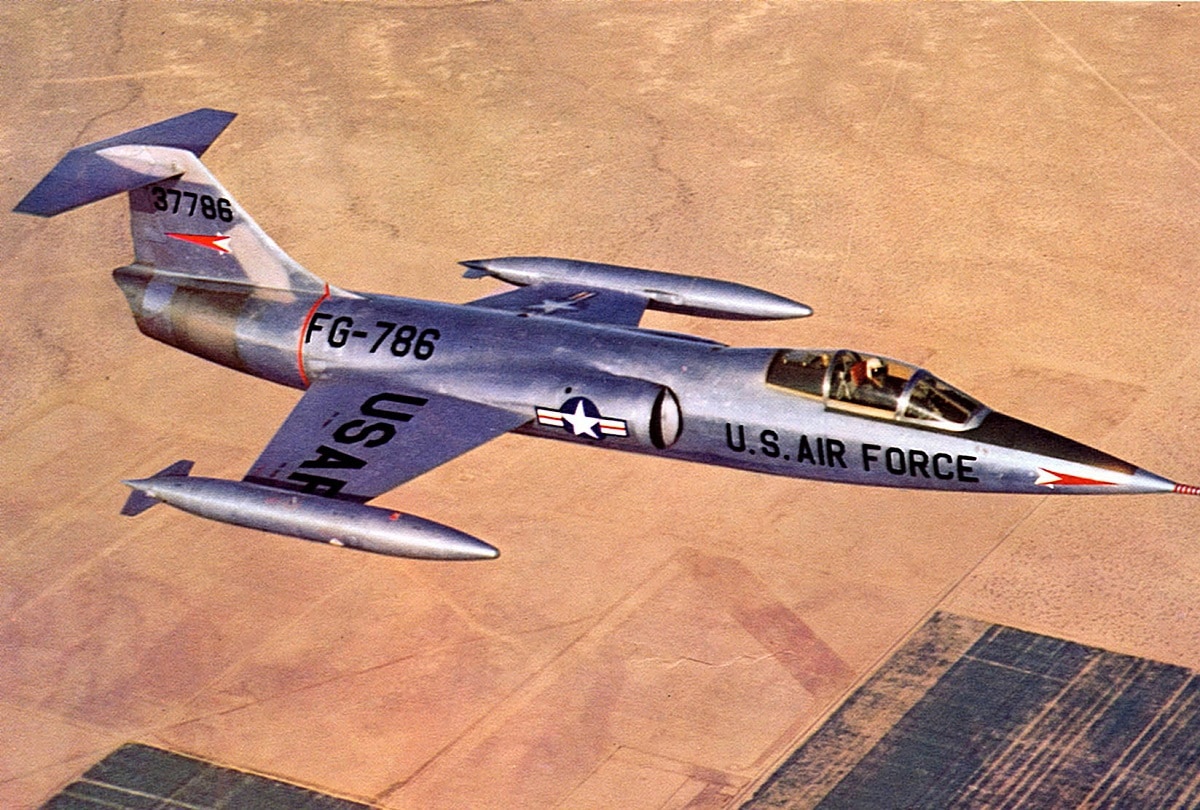 The air forces of the United States have had pretty good luck with aircraft design. In part because of the structure of the U.S. defense industrial base, numerous firms have offered competitive aircraft designs, allowing the weeding out of poor performers at a relatively early stage. Nevertheless, not every aircraft can be a P-51 Mustang, an F6F Hellcat, or an F-15 Eagle. This is a list of a few of the less distinguished fighters designed and produced by the United States over the last century. The list only includes aircraft that saw a meaningful production run (included in parenthesis); no “Thunderscreeches,” Goblins, or similar prototype fighters.

The Brewster Buffalo found itself at the wrong point in the technology cycle. A relatively capable fighter for the late 1930s, it could not match the advanced aircraft that it would face at the beginning of the Pacific War. Initially designed as a carrier fighter, the Buffalo suffered badly at the hands of the Japanese Navy and Japanese Army in the early days of World War II. Underpowered, underarmored, with a relatively slow speed and poor high altitude performance, the Buffalo was simply no match for the best Japanese pilots. After the first few months of the war, surviving Buffalos were relegated to training. The Buffalo did better in Finnish service; thirty-six Finnish pilots became aces, flying against the Soviet air forces in the Continuation War.

The Vought F7U Cutlass was a remarkably innovative carrier-based fighter that failed, in large part because it attempted too much too soon. First flown in 1948, the Cutlass was part of a series of short-lived jet fighters flown off the U.S. Navy’s carriers. Design of such fighters was complicated and difficult, as it required managing the rapid technological change at the beginning of the jet era, while at the same time operating off platforms (Essex-class aircraft carriers) that were not designed to carry jets. A wide but underpowered jet with an idiosyncratic tail design, the Cutlass was widely disliked by its operators. A quarter of the Cutlass production order were destroyed in accidents, costing the lives of dozens of pilots and crew.

Another carrier fighter from the early jet age, the McDonnell F3H Demon had a more conventional design than the Gutless Cutlass. A single-engine carrier fighter needs a reliable, powerful engine, and this the Demon did not have; neither of the engines equipped on the aircraft performed adequately. Compounding the problem of an unreliable single-engined aircraft was the ejection seat, which often did not work. The Demon served adequately in its role as a subsonic interceptor, but was retired prior to the Vietnam War.

The development of the Soviet long range bomber force spurred the development of several fast jet interceptors in the 1950s. The F-102 Delta Dagger (known as the Deuce) could not initially reach supersonic speed, spurring a serious redesign effort. The Deuce also struggled at high altitude, a problem for an interceptor designed to hunt high-flying Soviet bombers. Another redesign effort yielded the F-106 Delta Dart, a much more capable aircraft. During Vietnam, the Air Force attempted to force the F-102 into a low altitude bombing role, with very limited success. The Deuce was rapidly shunted into Air National Guard service, with much of the fleet eventually expended as target drones.

The Lockheed F-104 Starfighter was a reasonably effective interceptor that served in a number of different air forces from 1958 on. Although it lacked the range and payload to be a superlative interceptor, it could handle the mission reasonably well, and it was a decent air superiority aircraft during an era which did not value the air superiority mission. In Vietnam the F-104 saw limited success in an air-to-ground role. What really distinguished the Starfighter was its accident rate. In USAF service the Starfighter had a higher incidence of accidents than any other Century series fighter, but the problem was much worse for Canada and Germany. The accidents had a plethora of causes, but in general single-engined fighters with small wing area will suffer a disproportionate number of incidents.

It remains to be seen how history will treat the F-35 Joint Strike Fighter. Some critics would already suggest adding it to this list, but the aircraft has not even completed its production run, much less its service life. It is some solace that even the worst of these aircraft were able to make useful contributions, even as technology changed around them.

Robert Farley is author of The Battleship Book. He serves as a Senior Lecturer at the Patterson School of Diplomacy and International Commerce at the University of Kentucky.