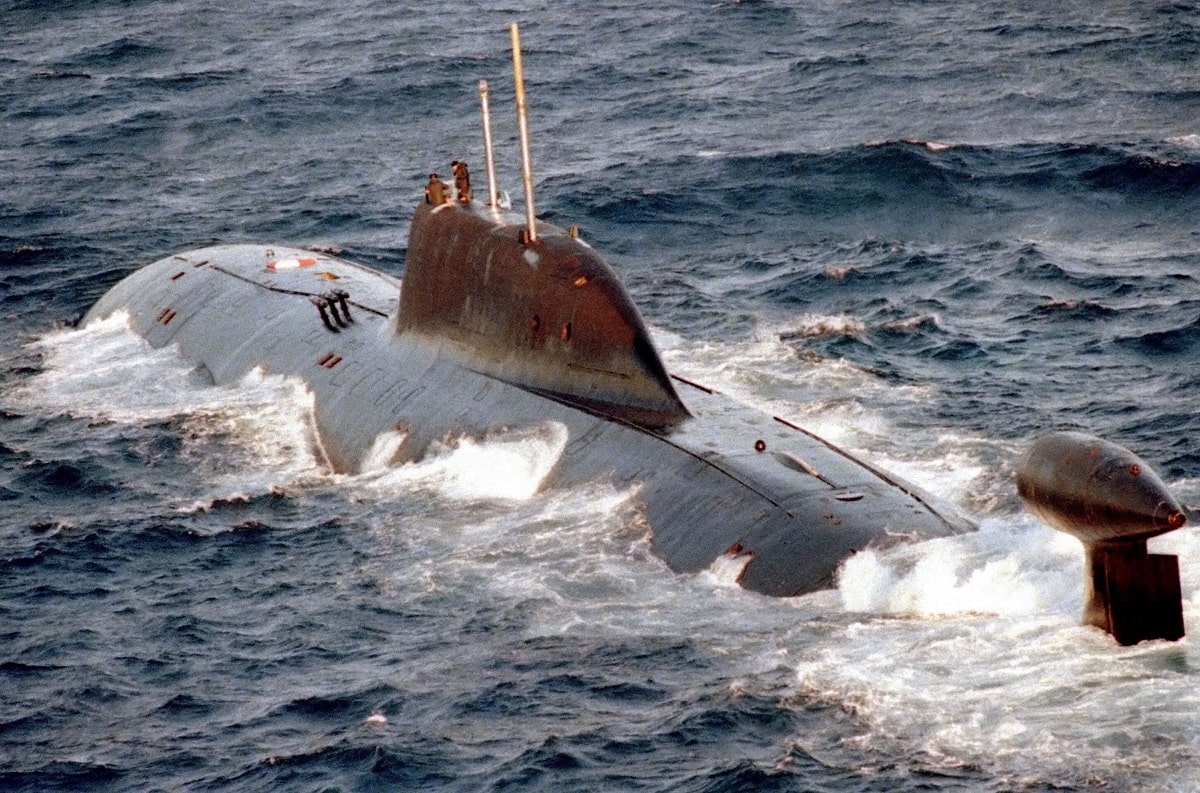 Submarines have always occupied a uniquely important position within the Soviet navy, comprising a potent leg of Moscow’s nuclear triad and spearheading Soviet plans to counter the North Atlantic Treaty Organization’s (NATO) Carrier Battle Groups. Large swathes of the vast Soviet submarine force have fallen into disrepair in the decades following the Soviet collapse, but Putin’s Russia has since committed to modernizing its inherited Soviet submarine force with deep refits and new designs.

Here are five of the most impressive Soviet and Russian submarines.

There is scarcely a better illustration of Soviet naval engineering ingenuity than the Project 661—or “Golden Fish”—submarine, which holds on to the title of the world’s fastest submarine despite having been conceived in the late 1950’s. The Golden Fish was also the first submarine to be constructed out of titanium, offering a greater potential top speed in addition to durability and maintenance benefits. Powered by two VM-5m pressurized-water nuclear reactors that are capable of generating almost twice the power VM-4 predecessor, the Project 661 submarine rose to a performance class of its own with a top speed of over 44.7 knots or fifty miles per hour. Generating noise at a level of 100 decibels and costing as much as 1% of the Soviet Union’s entire 1968 GDP, the Golden Fish simply wasn’t feasible as a serially-produced submarine; however, its use of titanium and unique reactor integration marked an important engineering milestone for the Soviet submarine industry.

A strategic submarine of Red October fame, the Akula-class (NATO reporting name “Typhoon”) is among the most widely recognized Soviet or Russian vessels. Commissioned by the USSR’s Northern Fleet in 1981, the Akula-class nuclear-powered Dmitri Donskoy remains the largest submarine in the world. Armed with up to twenty ultra-heavy R-39 Rif SLBM’s, as well as a coterie of torpedoes and cruise missiles, Akula-class boasted a staggering degree of nuclear-capable firepower to rival the competing U.S. Ohio-class line. With a prospective modernization program cancelled and rumors of a potential conversion into a cruise missile carrier in limbo, the Typhoon has likely reached the end of its service life, to be replaced by the upcoming Borei-class.

Another prolific soviet vessel, the Kilo class is a line of diesel-electric attack submarines that’s largely intended for anti-submarine warfare (ASW) operations in littoral waters. Boasting up to eighteen torpedoes spread across six torpedo tubes, as well as a variant of the Kalibr cruise missile, Kilo vessels pack a punch while being relatively compact and impressively quiet. The Kilo class has enjoyed a remarkably long service life, spawning a major modernization effort—dubbed 636.6—to last through the mid 2020’s.

Whereas many Russian naval projects involve refits of old Soviet vessels, the Borei-class is an entirely new, post-Soviet design. The core concept is simple: Russia’s navy wants a strategic submarine that is smaller and lighter than the Typhoon, but can deliver a more destructive payload. The Borei is not only almost twice as light as its Typhoon counterpart, but also shorter and markedly faster. Most importantly, it carries the vastly improved RSM-56 Bulava, an submarine-launched derivative of Russia’s Topol-M intercontinental ballistic missile.

The Yasen-M line is the next generation of Russian attack submarines, boasting a revamped digital controls package, shorter hull, and significantly lower acoustic signature. A modernization of the original Yasen submarine Severodvinsk, the Yasen-M submarines can launch Russia’s new Kalibr-M cruise missiles with a prodigious range of 4,500 kilometers. The Yasen-M class is expected to offer similar performance to the U.S. Virginia-class submarines, though at a significantly lower projected per-model cost of $1.6 billion.

Mark Episkopos is the new national security reporter for the National Interest.