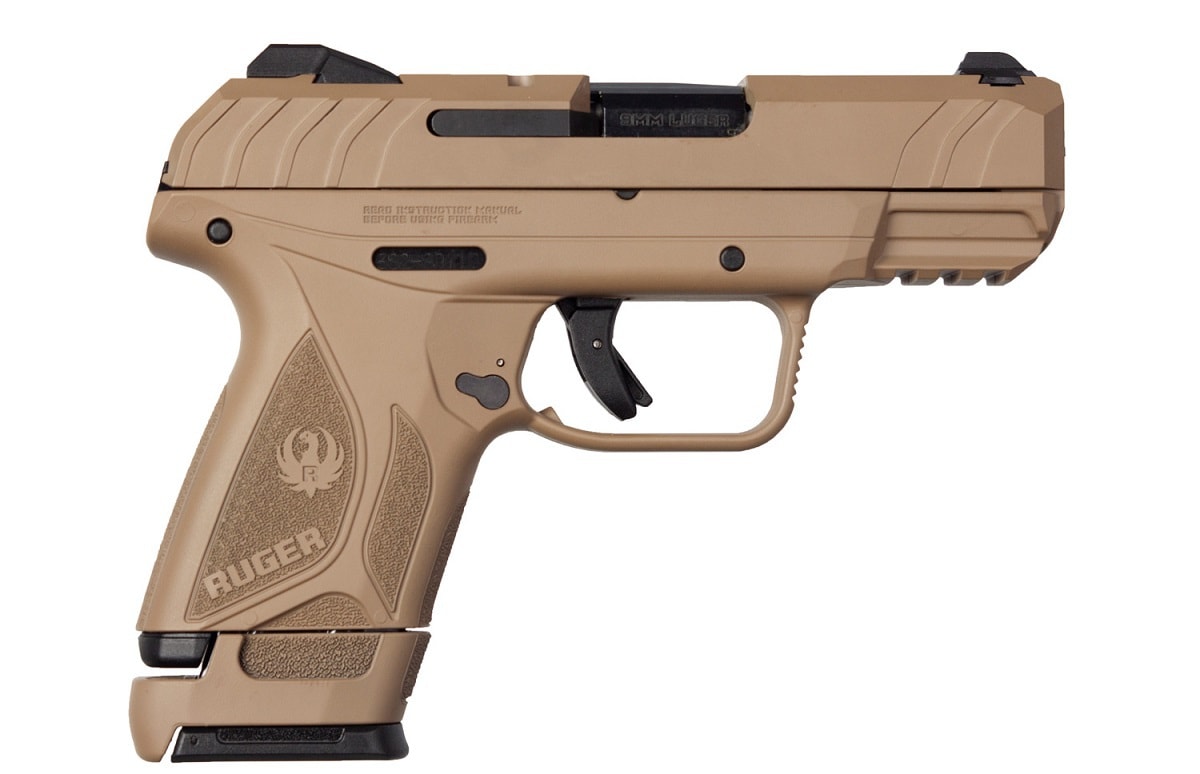 Ruger’s LCP series of pistols has been wildly possible, with both the original LCP and LCP II proving very popular as concealed carry choices. But with the Security 9, Ruger is scaling up the LCP design to a duty-sized pistol. This puts in direct competition with Ruger’s own “American” pistol. But how do the two stack up? What makes the Security 9 special?

But the Security 9’s most interesting feature is its firing mechanism, which is an odd fusion of a Glock and LCP firing mechanism. Like the LCP, the Security 9 is fired via an internal hammer. But it eschews the longer and heavier double action only system of the LCP for an almost single-action system. Here the Glock influences start to show. Like how a Glock’s striker is “pre-cocked”, but not cocked all the way, the Security 9’s hammer is mostly cocked back, but not cocked all the way back.

This allows for a lighter pull than the LCP, competing with strikers on the market without actually being a striker. A trigger safety and a manual safety provide additional safety on the Security 9. The additional of a manual safety is perhaps redundant given the trigger safety and partial cock safeties on the Security 9, but it’s another thing that differentiates it from the Ruger American and other striker-fired polymer pistols.

For what it is, the Security 9 is a decent pistol. Since most of its competitors are polymer-framed striker-fired pistols without safeties, the Security 9 is different and cheap enough to perhaps draw some holdouts from the dominant pattern on the market. Those used to carrying 1911s who want something more modern and high capacity with a manual safety would probably feel right at home with a Security 9, which is significantly more affordable than a straight modernized 9mm 1911, like the STI 2011.