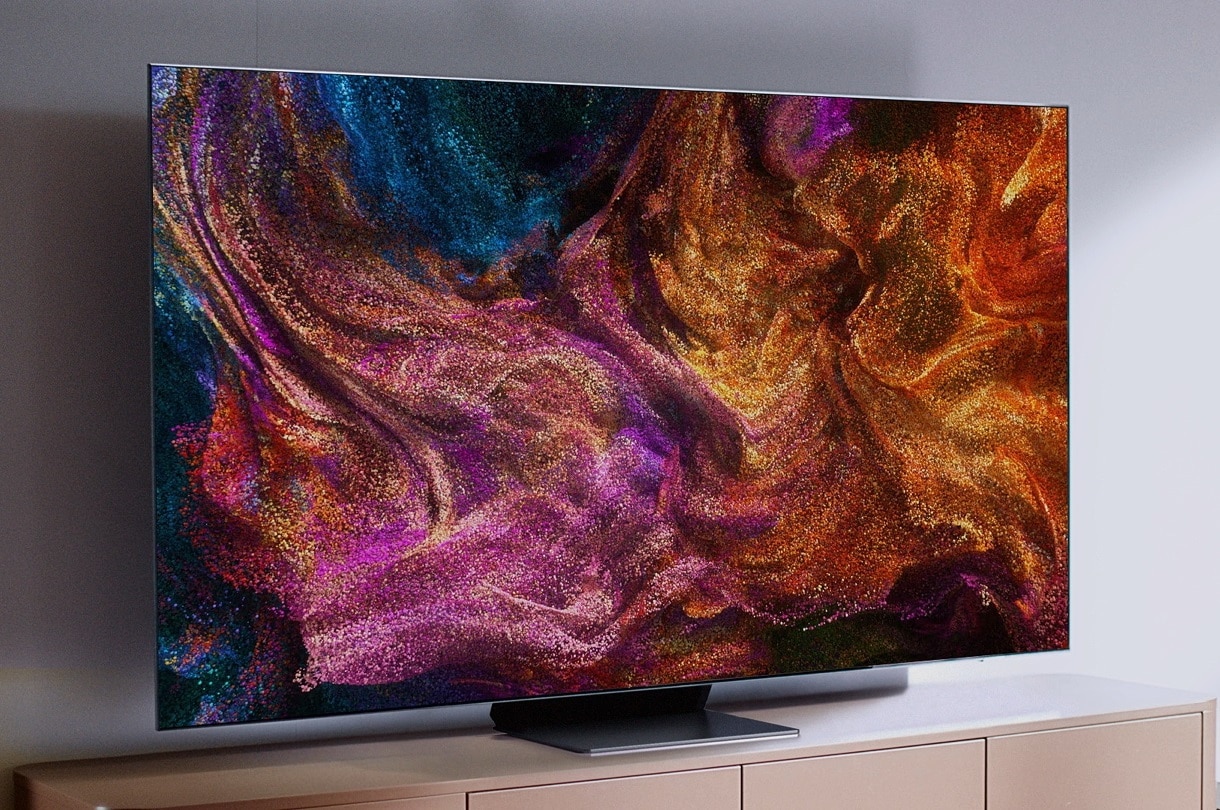 Samsung unveiled a new line of TVs at CES back in January and started rolling them out in the spring.

That included the Neo QLED line, which is available from Samsung in both 4K and 8K versions.

“With deep blacks, bright lights, and upscaling technology smarter than any Samsung TV has ever offered, Samsung Neo QLED delivers an ultra-realistic picture—whether you are watching a football game, or playing one on your gaming console,” Samsung said in its January announcement of the Neo QLED line.

Samsung this week released a series of graphs showing what an improvement Neo QLED represents over its various competitors.

“Samsung Electronics’ 2021 Neo QLED lineup features technological breakthroughs that deliver immersive and true-to-life viewing experiences like never before thanks to its LED modules on the hardware level through to its upscaling processes on a software level. With Samsung’s proprietary Neo Quantum Mini LEDs, Quantum Matrix Technology and Neo Quantum Processor, users can enjoy true-to-life viewing experiences that are better than ever before,” the Samsung announcement says.

“What’s more, Samsung’s Neo QLED lineup also features an incredibly thin and stylish Infinity One Design. With bezels all but erased at less than a millimeter, users can fully immerse themselves into the images on-screen, and given that the Neo QLED hangs on the wall just like a painting, it can blend seamlessly into various interiors.”

The Neo QLED lineup comes with Quantum Mini LED as its light source, and the graphics show how much better it looks.

“The secret behind the miniature size of Quantum Mini LEDs is Samsung’s proprietary microlayer technology that mounts microlayers inside the LED itself, as opposed to conventional technologies that pack layers on top of the LED, in order to eliminate unnatural noise among the LED elements and ensure deeper blacks can be displayed without blooming,” Samsung said.

Another graphic shows the improved brightness levels of NeoQLED, compared with conventional LED.

“Samsung’s Neo Quantum Processor features AI-powered deep learning technologies that mimic the mechanism of human learning and memory, and the 2021 Neo QLED lineup sees a significant upgrade in this technology as the Neo Quantum Processor has grown from featuring one to 16 neural networks. These 16 different neural networks categorize content based on input resolution, quality and more,” the announcement said.