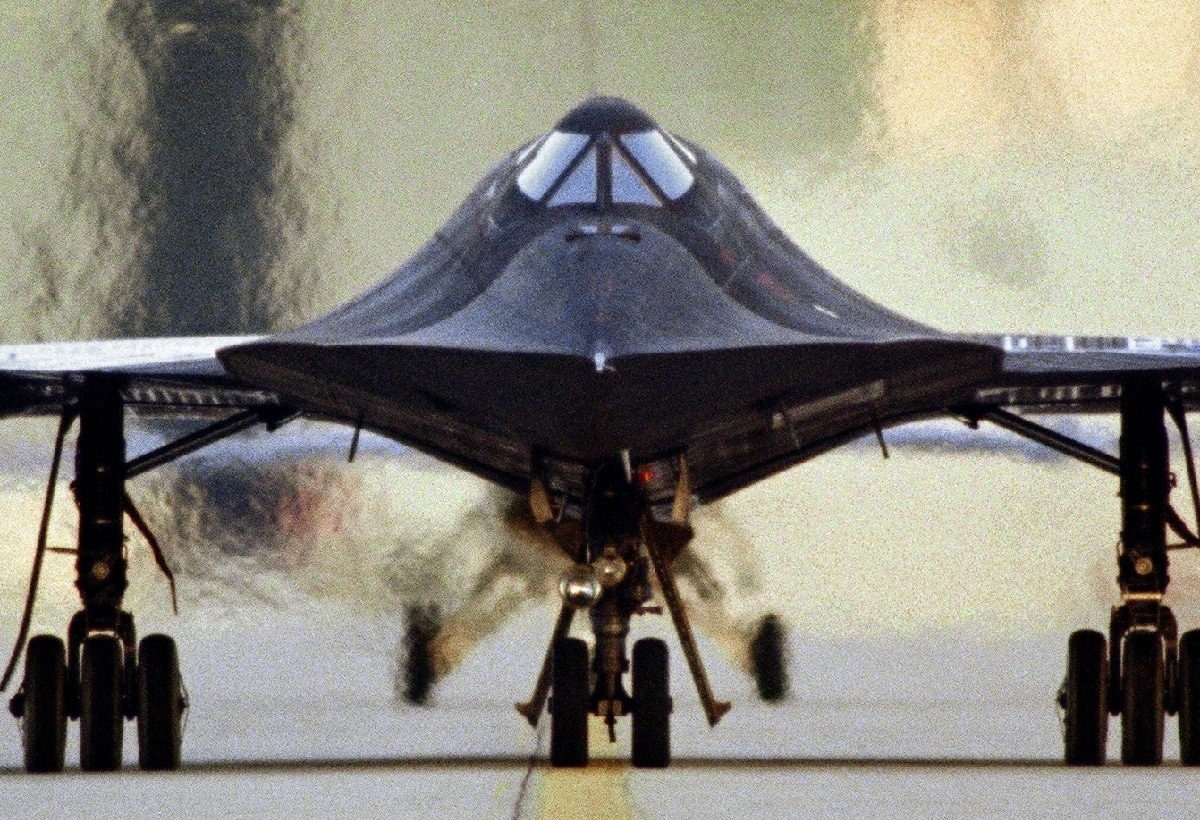 The Lockheed SR-71 is famously the fastest plane ever flown by the U.S. military and was never once shot down, although it did have a handful of close calls.

Last October The Aviationist spoke with USAF Lt. Col. Russell Szczepanik (Ret.), who commanded the Blackbird program for two years, about what it was like to fly the famed jet. He served, on most missions, as the reconnaissance systems operator.

“Nowadays, I find that it takes three or four or five year to get an airplane airborne, or even developed,” the retired officer, who now lives in Australia, told the publication. “The ‘SR’ was given two years maximum to be airborne and fully operational.”

Szczepanik also told the story about how aviation fuel once leaked out of the aircraft as it sat in preparation before a flight, due to heat expansion.

“It just poured out in various areas. And, the poor guys that are actually doing all the hard work underneath [the aircraft] are covered in the stuff- because the fuel is coming out,” he said.

The officer also said in the interview that he remains sworn to secrecy about many aspects of his missions, even to this day.

“We weren’t telling anybody what we were doing and that, of course, upset the Air Force, and upset the Navy, upset the Army. But we weren’t permitted to tell anybody those things.” Szczepanik told the publication.

“The reality was, anybody who made it into the SR-71 program has to go get a new physical… And it had to be a special physical, in another place. And, I can’t really say where it went, but they actually took five days of giving us a space… space options. If you get through the physical in five days, you will be acceptable for the SR-71 program.”

He also said that the RSO, which he was, “does all the hard work quite frankly,” although he didn’t intend that as a slight to the actual pilots.

“[RSOs are] always having to watch where that airplane’s going, how fast it’s going, what altitude it’s at,” he said. “If we have somebody firing at us, which happened quite often. So, the guy in the back, he sees all that and has to make some very difficult decisions and tell the guy in the front the same thing. Hey, we’re in trouble. We gotta do this- now!”

The Aviationist pointed out that insight provided by Szczepanik mirrored observations by Russian pilots to whom they had spoken previously.