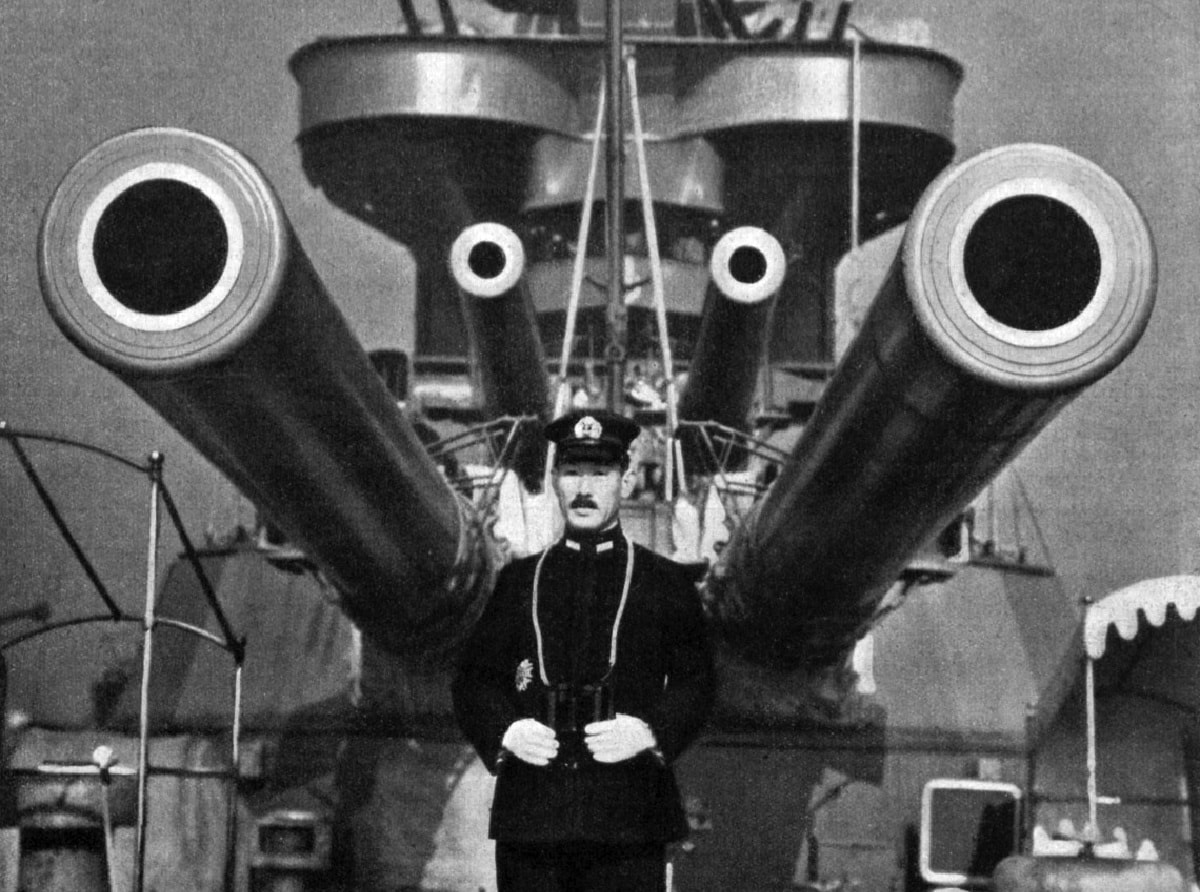 While the aircraft carriers of Admiral William “Bull” Halsey wreaked terror on the Center Force of Takeo Kurita, two other Japanese task forces approached the invasion beaches of Leyte. The Japanese dug deep into their reserve of warships and sought to break through with enough force to disrupt the invasion. What they found was one of the most one-sided massacres in naval history.

Two separate Japanese task forces took a southern route to Leyte that would bring them through Surigao Strait, a narrow passage of water between the islands of Dinagat and Panaon. The Japanese had hoped that the two task forces would arrive at the same time, simultaneous to Kurita’s penetration of the other side of Leyte Gulf. However, because the fleets maintained radio silence, they were unable to carefully coordinate their action. Kurita’s force suffered badly from air attacks, slowing its approach to the rendezvous. Consequently, Vice Admiral Shoji Nishmura’s force would approach Surigao Strait alone, with Vice Admiral Kiyohide Shima’s force some twenty-five miles behind and Kurita nowhere in evidence.

Nishimura’s force was built around the battleships HIJMS Fuso and HIJMS Yamashiro. They were not the oldest battleships in Japanese service (the Kongo class battlecruisers were somewhat older), but they were nevertheless significantly outclassed by modern vessels. Each carried 12 14” guns in six twin turrets, with two amidships turrets that could not be directed fore or aft. Neither ship had seen any real action in the war thus far. A heavy cruiser and four destroyers would escort the two battleships. Shima’s force consisted of three cruisers and seven destroyers.

Admiral Thomas Kinkaid had given leadership of the 7th Fleet’s battle squadron to Rear Admiral Jesse Oldendorf, an experienced surface commander. Oldendorf had six battleships, eight cruisers, twenty-eight destroyers, and thirty-nine PT boats at his disposal. Of the six American battleships in Oldendorf’s squadron, five had survived Pearl Harbor. Three of those (California, Tennessee, and West Virginia) had undergone extensive modernization after the attack. Two (West Virginia and Maryland) carried 8 16” guns, while the rest were equipped with 12 14” guns. In every way imaginable, these ships represented a dramatically more powerful force than the Japanese could bring to bear.

Rather than concentrate his entire force at the mouth of the strait, Oldendorf deployed destroyers and PT boats along the expected path of the Japanese advance. These would provide intelligence regarding the Japanese advance, and hopefully inflict some damage along the way. The battleships, cruisers, and the rest of the destroyers capped the strait, offering a devastating concentration of firepower. However, the American battleships had expected to concentrate on shore bombardment, rather than engage with Japanese warships. Consequently, they were equipped primarily with explosive shells, rather than the armor piercing variety useful for destroying battleships. Oldendorf’s ships were also running short on fuel.

Both Nishimura and Shima largely escaped the attention of American aircraft carriers during the day of October 24, making it to nightfall virtually unmolested. Nishimura arrived at the southern opening of the straight early in the morning of October 25. The squadron of PT boats positioned at the opening of the strait harassed the Japanese and reported contact to American commanders, but did not successfully hit any of the Nishimura’s ships. The destroyers were a different story. Attacking in the dark and avoiding Japanese gunfire, the American ships did more than just annoy the Japanese. Both Fuso and Yamashiro took torpedo hits, along with three of the destroyers. Two of those destroyers sank immediately, while another, crippled, slunk off to sink later. Worse, Fuso took one or two torpedoes from an American destroyer just after 3am, at some distance from the mouth of the strait. She fell out of line, caught on fire, and eventually rolled over (reports over the years have suggested that she exploded and broke in half, but exploration of the wreck has concluded that this did not happen).

Yamashiro, Mogami, and one destroyer continued towards Oldendorf’s fleet. Thus ensued the last fight of the battleship era. USS West Virginia picked up Yamashiro at roughly 23.5 miles, with California and Tennessee picking her up shortly after. West Virginia opened fire at just under thirteen miles, using advanced targeting radar to hit Yamashiro with her first salvo. California and Tennessee, with the same radars, opened fire shortly after. American cruisers and destroyers also poured fire into the Japanese ships. The other three battleships, with less advanced radars, needed to wait until contact became clearer. USS Maryland eventually opened fire, and USS Mississippi fired one full salvo at Yamashiro.

Nishimura was apparently unaware of the fate of Fuso, wrecked in the distance, and put out an open call for the latter ship to come up. The Japanese could not reply in kind to the Americans, as they lacked the radar and in any case were being utterly savaged by cruiser and battleship fire. Both Yamashiro and Mogami (the latter a survivor of Midway) took brutal damage. While attempting to turn away from the Americans, Yamashiro took a torpedo hit from an American destroyer, and rolled over. Mogami and the destroyer Shigure withdrew… and promptly ran into the advancing Shima.

Shima’s force had survived the destroyer and PT boat gauntlet, although not unscathed (the light cruiser took a torpedo and fell out of line). Shima’s flagship, Nachi, collided with the battered Mogami. Shima decided that he wanted none of Oldendorf, turned his force around, and fled the scene. Mogami, crippled, was molested by U.S. cruisers later in the morning and U.S. aircraft in the early afternoon, before being mercifully put down by a torpedo from an accompanying destroyer.

Nishimura knew what awaited him at the end of Surigao Strait. His aging battleships had no chance of breaking through, but the sacrifice of his fleet would buy time for Kurita to hit the invasion fleet off Leyte. Nishimura died on the Yamashiro, and so we have no certain knowledge of his thinking before the final engagement. Surigao Strait was the last time that battleships would engage each other in combat. Several of the same American battleships were prepared to fight off HIJMS Yamato as the latter approached Okinawa in 1945, but carrier aircraft sent that giant to the bottom before she could encounter the American ships. Most of Shima’s ships survived the battle, but several were lost to carrier attack over the next several weeks. The last survivor of Nishimura’s force, the destroyer Shigure, was sunk by a submarine in early 1945. All of the major American ships survived the war.