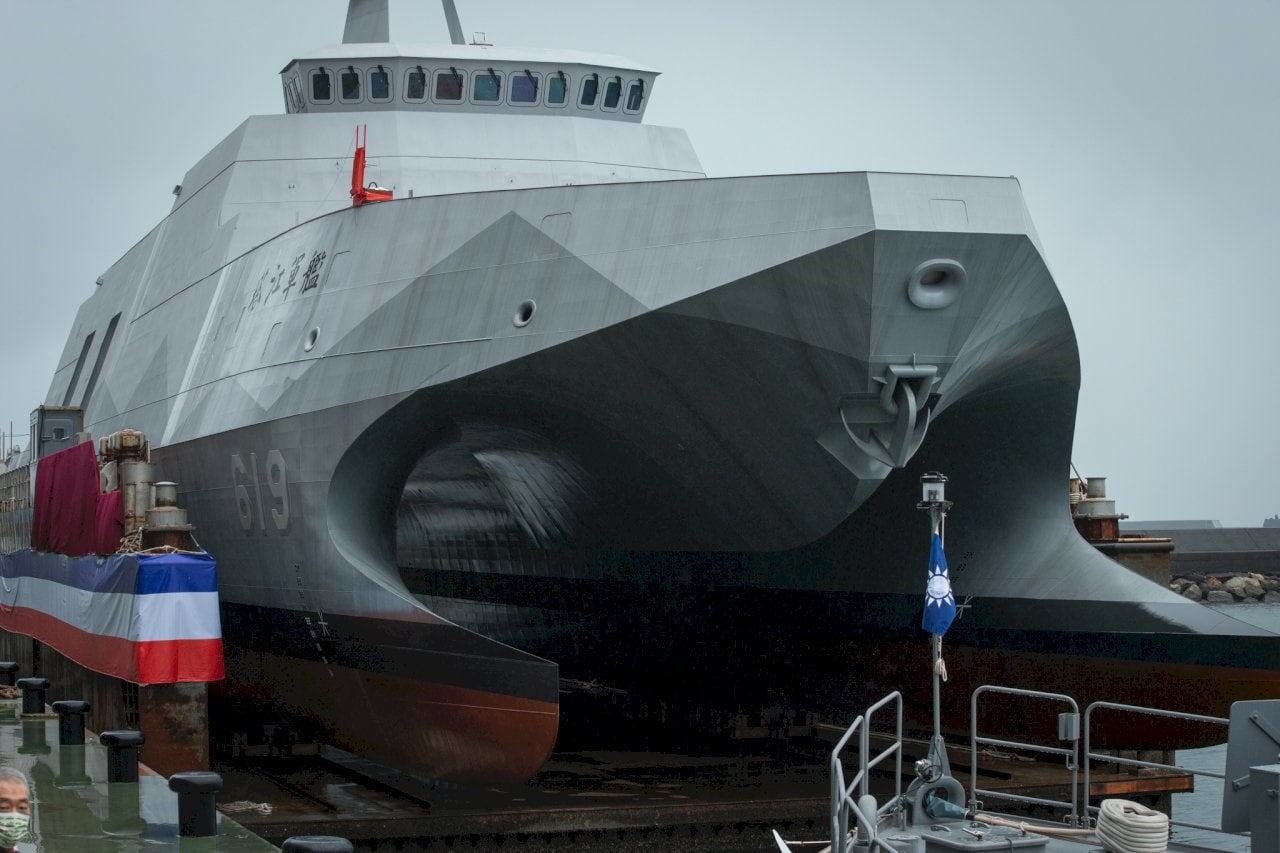 Although Taiwan’s stealthy, high-speed coastal corvettes couldn’t beat back a Chinese invasion on their own, they could make an invasion more costly for Beijing.

Under the cover of darkness, a fleet of amphibious assault ships set sail from the Chinese mainland. The majority of the fleet makes a beeline for Taiwan, though elements on both flanks fan outward in a pincer movement. It’s a warm summer night, and the ships have to cover only about 200 kilometers of open ocean.

The departure has gone off without a hitch. Advance People’s Liberation Army Navy reconnaissance elements don’t detect much Taiwanese activity in the Taiwan Strait and PLAN brass are confident they remain undetected — until excited and discordant radio chatter comes in.

Though the voices over the airwaves are somewhat unclear, the Chinese Navy admiral leading the flotilla assumes that overly excited destroyer captains are calling in the first engagements of the night. When the admiral calls in for more details on Taiwanese positions and strength, he’s met with radio silence. Little does he know that his recon elements have been hit by a dozen stealthy Taiwanese corvettes.

If the People’s Liberation Army Navy were to launch an amphibious assault on the island nation Taiwan, it is unlikely that Taipei could hold out for very long, much less defeat their much larger neighbor. It is due to this incredibly lopsided playing field — or rather sea — that Taipei is investing in 12 high-speed and stealthy corvettes: the Tuo Chiang-class.

The Tuo Chiang-class is tailored to fight the fight that could be expected in the Taiwan Strait against a vastly stronger enemy. At just under 200 feet in length, the corvettes are not particularly large, though they’re very fast, capable of sprinting at 45 knots thanks to their catamaran hull design that minimizes hydrodynamic drag.

Sporting several kinds of indigenously-designed anti-ship missiles as well as anti-air missiles, a close-in weapon system, and dual torpedo launchers, the Tuo Chiang-class is armed to the teeth as well.

One of the class’ most formidable characteristics however is its low-observable radar cross-section, a measure of the ship’s stealth. Although it would be unlikely to be completely undetectable, the ship’s stealthy hull and superstructure contouring would likely help it blend in with the sea. PLAN ships would have a more difficult discerning the ships near the Taiwanese coast, where they would be more difficult for radar to discern from the shore.

Recently the Republic of China Navy accepted the first of their improved Tuo Chiang-class corvettes, with improved mission systems and weapon loadout. The ships are thought to feature improvements to their stealth as well.

Though the Tuo Chiang-class is no magic bullet, the dozen or so ship slated for construction would make an amphibious assault on Taiwan more difficult and more costly for a Chinese invasion fleet. By leveraging the platform’s high speed and stealthy nature, the Republic of China Navy could conduct a hit-and-run type of guerrilla operation at sea — and sink quite a few Chinese ships in the process.