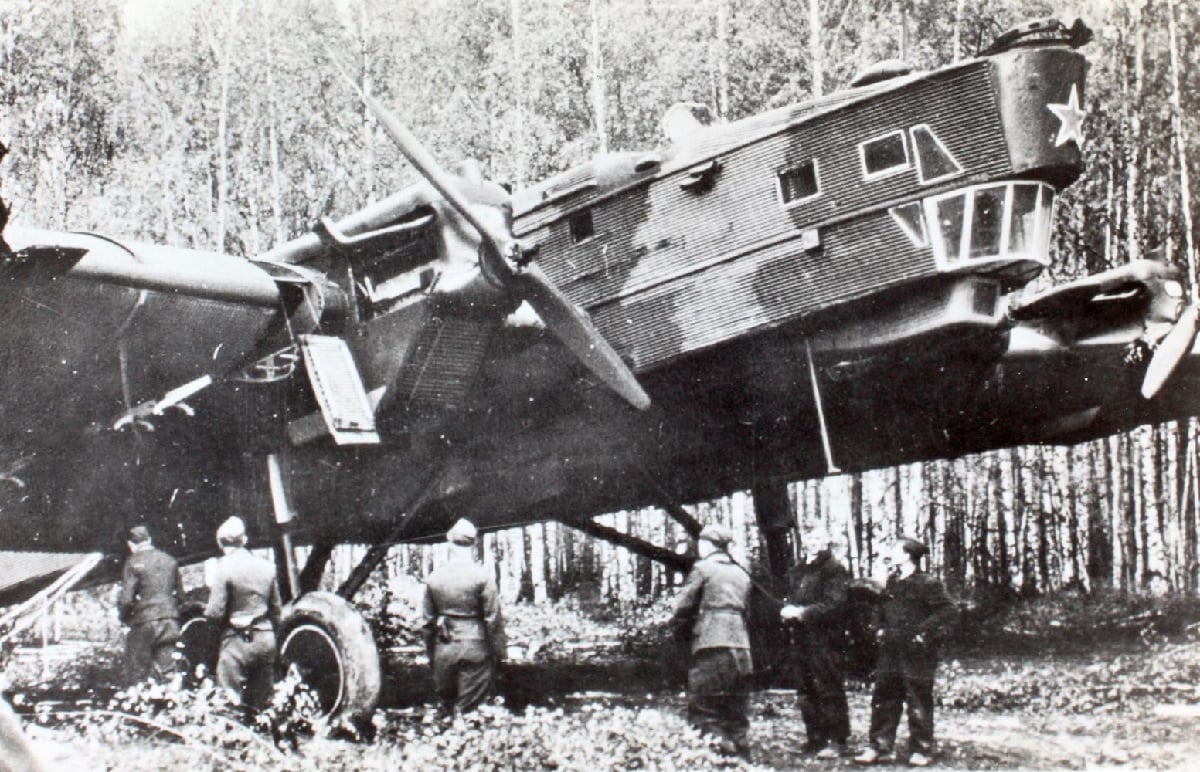 The TB-3 was a Soviet bomber, developed in the 1930s to fulfill a Soviet Air Force requirement for a four-engine heavy bomber that would have, for the time, relatively high output and correspondingly good range and speed.

The famed Tupolev Design Bureau took on the design and created what may have been the Soviet Union’s first cantilever wing (i.e., single-wing, rather than biplane) bomber. In contrast to the balsa wood, canvas, and wire designs common to bi- and triplanes of the First World War and its immediate aftermath, the TB-3 was an all-metal construction. Both the airplane’s internal airframe and the skin that covered it were made of steel and steel alloys.

Though nominally a heavy bomber, the TB-3 also sported several defensive armaments as well in the form of five medium machine-gun turrets: two on to of the plane’s fuselage, one between the engines on both wings, and a single turret in the bomber’s rather ungainly and decidedly un-aerodynamic nose.

TU-3 prototypes revealed that the bomber suffered from very high vibration, a drawback seen as acceptable. It was understood the airplane would be equipped with better, high-output engines in the future that would remedy the issue. However, once the bomber entered serial production, performance greatly lessened and was significantly lower than what prototypes had demonstrated.

In 1941, The Soviet Air Force’s TB-3 fleet had been stationed far away from the Soviet Union’s western border, spared it from the destruction incurred by much of the USSR’s equipment during Nazi Germany’s unexpected attack during Operation Barbarossa. But, though initially spared, the design proved to be no match for the much more sophisticated German fighter designs and anti-aircraft weapons.

Still, the Soviet Air Force used the TB-3 for various missions, including cargo and troop transport, and could deliver nearly three dozen paratroopers. The TB-3 was even selected as one of two bombers that served in the Zveno project, acting as a mothership for smaller parasite fighters. Remarkably, the bomber was even capable of releasing small flying tanks from the air.

Despite the design’s obsolescence from virtually the start of Russia’s involvement in World War II, the heavy bomber remained in service until the end of the war, though more due to necessity than performance. Still, the all-steel bomber makes for an interesting piece of Soviet aviation history.