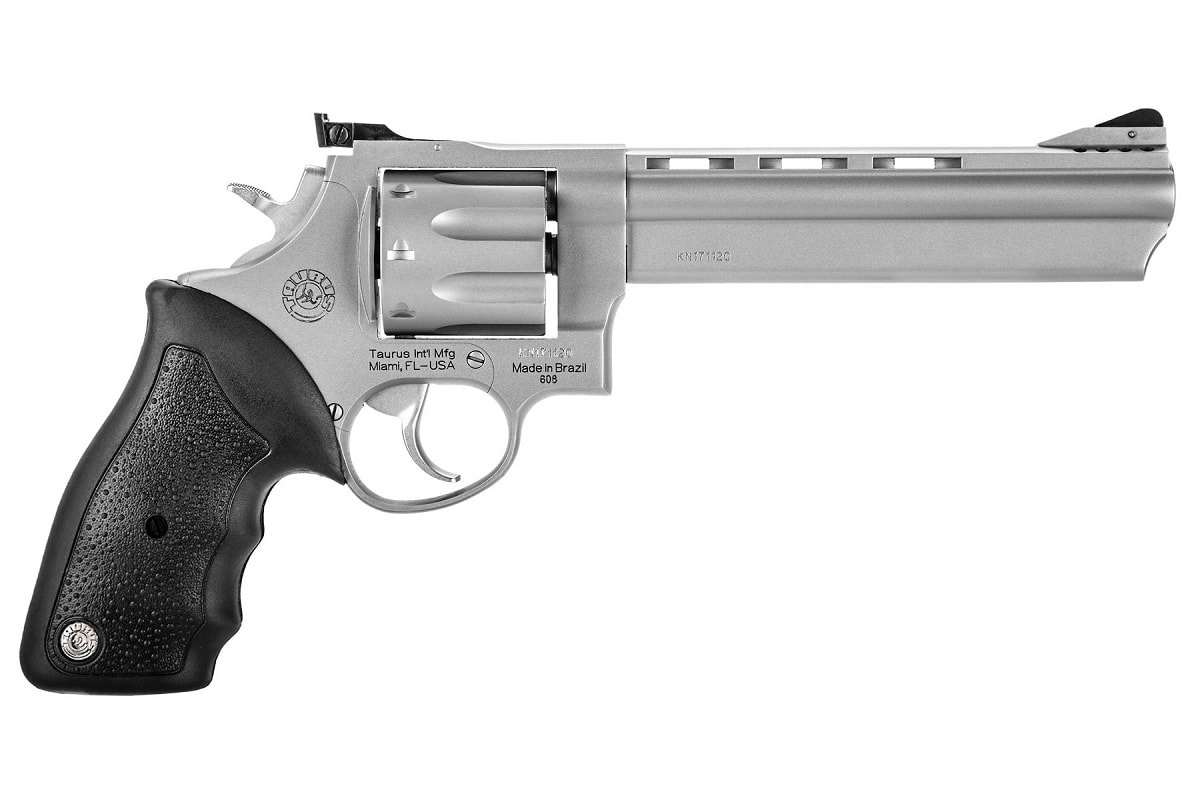 Almost every gun is designed to be safe as possible for the shooter. Countless mechanisms have been designed to facilitate this and prevent the gun from firing when the shooter does not intend it to. However, in some guns, these safeties simply do not work, due to poor or thoughtless design. Other guns might fire when the trigger is pulled but could be dangerous due to parts or gasses being expelled rapidly towards the shooter. Here are the some of the most dangerous guns for the shooter.

In theory, the Taurus PT 24/7 should be a very safe pistol. In addition to the manual external safety lever, the PT 24/7 includes a “gun locking” safety, a firing pin block, and a transfer bar safety all to prevent accidental firing and to make the pistol drop safe. Unfortunately, almost none of these features work. Certain PT 24/7s that were issued to the Brazilian Police were found to fire without the trigger being pulled, resulting in a mass recall. Later on, the PT 24/7 was included in a class action lawsuit that noted that the pistol could be fired by pulling the trigger with the safety on, or when dropped. Probably due to the terrible reputation of this pistol, Taurus no longer manufactures it.

While the Sten was the primary submachine gun for almost all of the Commonwealth for World War II—and slightly beyond—it was notorious for being rather dangerous to the user. There are countless reports of Stens going off when dropped, or even uncontrollably emptying the magazine in fully automatic fire when dropped. This often resulted in soldiers being wounded or even killed as the submachine gun spun around on the ground flinging bullets in every direction. Some of these could be due to user error, as a Sten would fire if the bolt closed on a live round if the buttstock is tapped. In addition to the safety flaws, the Sten wouldn’t always work when you wanted it to—which could add a level of danger on its own.

The Blaser R93 is a high-end, expensive hunting rifle. What differentiates it from the rest on this list is the extremely fast, straight pull bolt that allows the shooter to chamber a follow up shot in less than a second. However, the straight-pull locking mechanism can malfunction in ways that can cause the bolt to fly back into a shooter’s face, causing severe injury. Official statements from Blaser state that this only happens with hand loaded, overpressure ammunition. While there are conflicting reports as to whether the bolt malfunctions can happen with factory ammunition, the danger of getting a bolt in your face—which is typically not present on other bolt action rifles—makes the R93 a very dangerous gun. Blaser may have recognized this and is attempting to sell the Blaser R8 instead of the R93, which features a far improved locking mechanism that is said to eliminate this problem.

The Winchester Model 1911 was one of the first semi-automatic shotguns. Unfortunately for its owners, this meant that it did not have many safety features. Because the reciprocating barrel loaded and unloaded the shotgun, many owners instinctively rested the butt of the shotgun on the ground then pushed down on the barrel with their two hands to cycle the action and unload the gun. This usually ended up with the gun discharging into their face, killing them. While this is a training issue, the Model 1911 also used weak friction rings to retard the rearward motion of the bolt. These rings had a tendency to quickly wear out, leading to the stock splitting open under recoil, possibly endangering the shooter. As a result, many call this shotgun the “widowmaker” due to the dangerous design.

The Nambu Type 94 was probably the worst pistol that saw service in WWII. When cocked, the trigger bar protruded from the side of the weapon. This effectively acts as a second trigger, meaning the weapon could be fired accidentally in a multitude of ways—whether it be holstering, putting the weapon down or simply accidentally touching this side bar while trying to manipulate the safety.