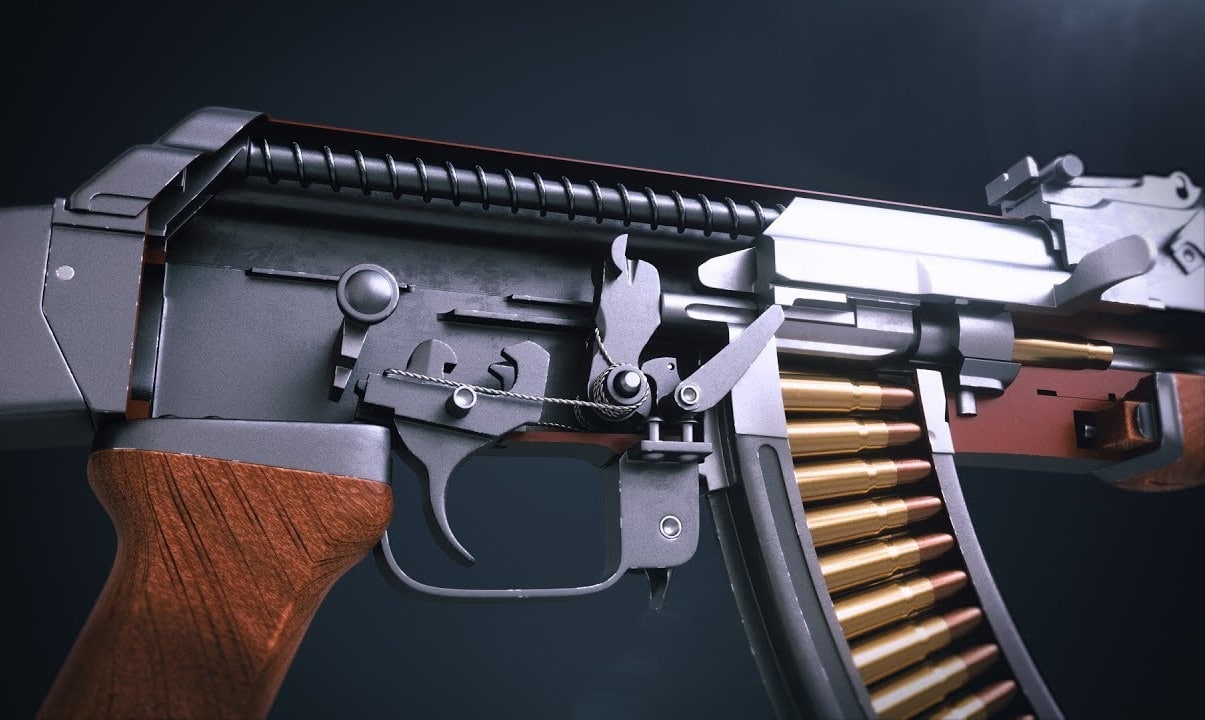 Everyone with a heartbeat and two eyes has seen the iconic AK-47—the most produced rifle in history. It is everywhere. Some estimates claim that 20 percent of the rifles currently in existence are directly or indirectly based on the AK-47 pattern. They’re almost everything you’d want in an assault rifle: cheap, reliable, and easy to use. Several countries even feature the AK-47 on their national flags.

The AK-47 shares many characteristics with the German StG 44. The latter came too late in the war to turn the tide for Germany. But as the first ever assault rifle, it influenced later generations of rifle designs, including the AK-47, which leans quite heavily on its German family member.

The AK-46 looks a lot like the AK-47. It was chambered in the 7.62x39mm intermediate round that Soviet gunsmiths had designed, based on the smaller and wider, but similar German 7.92x33mm Kurtz cartridge. The 30-round magazine it used was quite similar, and it too could be fired in semi- and fully-automatic mode.

The AK-46 had a slightly different disassembly method as well. It shared a system of pins that had to be pushed out of the gun’s frame to disassemble the gun, whereas the AK-47 quickly disassembles with the push of a button on the top of the receiver, close to where it is mated to the stock.

Both the AK-46 and AK-47 had a similar pistol grip, though the AK-46’s grip was more steeply angled towards the rear. The barrels lengths were also a bit different—one of the AK-46 prototypes had a 450 millimeter long barrel, whereas the final production AK-47’s barrel was 415 millimeters. Consequently the AK-46 may have had somewhat better range than the AK-47.

That the AK-47 beat out the AK-46 is less important than the AK-47’s legacy as the most ubiquitous gun pattern ever created. AK-46 or 47—it doesn’t matter. Both patterns are archetypal Russian gun designs. Had the AK-46 won, it would be on the flags of four countries, rather than the AK-47 thanks to nearly equal ease of use, simplicity, and robust design.