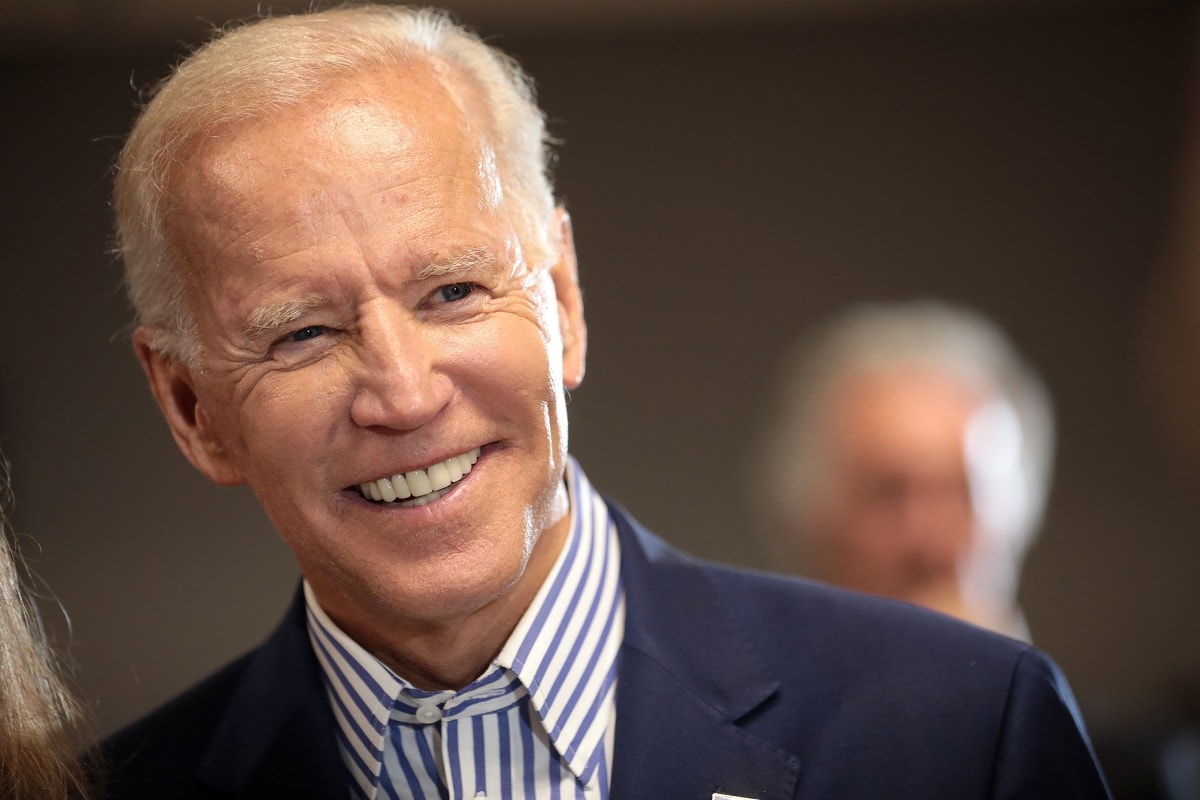 Then Former Vice President of the United States Joe Biden speaking with supporters at a town hall hosted by the Iowa Asian and Latino Coalition at Plumbers and Steamfitters Local 33 in Des Moines, Iowa. Image by Gage Skidmore.

There is no questioning that rising anxiety levels of millions of financially struggling Americans have been partly mollified by the delivery of three Congress-approved direct stimulus payments over the past year.

The first check was a $1,200 payment in April 2020, then $600 in December, and the current $1,400 payments approved under President Joe Biden’s $1.9 trillion American Rescue Plan. For this round, the latest estimates indicate that approximately 90 percent of all checks already have been sent out to eligible individuals.

Now, along with various other government-issued payments, such as the expanded child tax credits, the federal government certainly has been very generous with providing coronavirus stimulus money to those who need it.

According to a recent analysis from the Institute on Taxation and Economic Policy, it revealed that the average stimulus handed out to the bottom 60 percent of earners (making $65,000 or less per year) in the United States came in at a sizeable $3,450. Take note that this figure doesn’t even include the recently expanded child and dependent care credits.

In addition to the direct $1,400 stimulus checks, many Americans were on the receiving end of certain tax credits, an extra $300 per week for federally enhanced unemployment insurance, rental assistance, and larger subsidies for health insurance.

The findings appear to be consistent with another recent analysis conducted by the Internal Revenue Service, which showed that the majority of the $1,400 stimulus checks were sent out to households earning less than $50,000. More specifically, about 52 percent of the stimulus funds disbursed through early June targeted households that reported adjusted gross incomes of less than $50,000 on their 2019 or 2020 federal tax returns.

In addition, 10 percent of the stimulus checks were issued to households that have yet to file federal tax returns in either of the last two years. That percentage surges to more than 80 percent when including non-filing households and those with reported incomes of less than $100,000.

In a separate study released by the University of Michigan, the data revealed that the stimulus checks helped many low-income Americans stave off complete financial ruin.

“Our analyses thus far have yielded a fairly simple story: throughout the crisis, the level of hardship faced by U.S. households can be directly linked to the federal government’s response,” the study noted, adding that households with incomes of less than $25,000 benefitted the most from the direct payments.

Another recent report put together by the Economic Security Project indicated that more rounds of stimulus checks could potentially lift as many as twelve million Americans out of poverty.