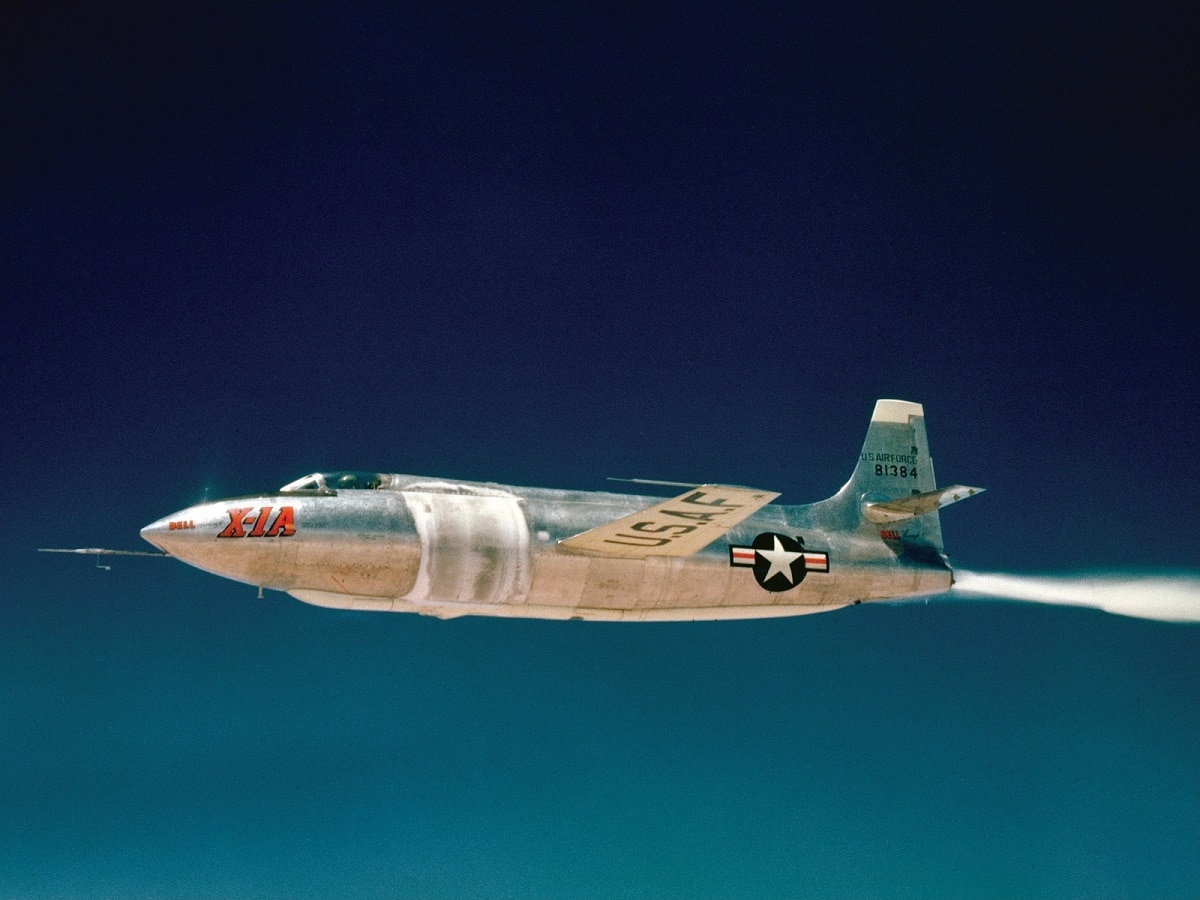 During World War II, the Allied Powers set out to break the sound barrier. For aircraft in the 1940s, however, this was no easy task; it required a rethinking of the fundamental design of an airplane. The experimental plane that designers eventually came up with, the Bell X-1, had very little resemblance to the well-known planes of World War II.

Traditional aircraft are designed with Bernoulli’s principle in mind, which asserts that an increase in the speed of a fluid occurs simultaneously with a decrease in its potential energy. According to this model, airplane wings are curved so that air flowing over the top of the wing has to travel further than the air flowing along the bottom. This decreases the pressure of the top air, generating lift and allowing the plane to fly.

Close to the sound barrier, however, Bernoulli’s principle no longer applies because the airplane moves so quickly, the air does not have time to flow smoothly over the wing; instead, it compresses along the wing’s front edge, and rapidly decompresses after it has crossed the wing’s highest point, leading to instability. A traditional airplane, reliant on Bernoulli’s principle, no longer works aerodynamically as the sound barrier is approached, and many World War II pilots in the fastest aircraft of the time—notably the British Supermarine Spitfire and the Japanese Mitsubishi Zero—reported being unable to handle their airplanes as they approached the speed of sound.  This gave rise to the idea of a “sound barrier” at roughly 770 miles per hour, or around 1100 feet per second.

Of course, going faster than 770 miles per hour was never thought to be “impossible.” Ancient humans first broke the sound barrier when they used whips; the signature crack is created by a tiny sonic boom on the lash’s tip. By the time of World War II, some bullets had been supersonic for more than a century, and considerable thought had gone into their design to help them maintain stable trajectories at high speeds.

Ultimately, this thought informed the design decisions surrounding the creation of the Bell X-1, which was created explicitly for the purpose of breaking the sound barrier. The airplane was modeled after an object that was known to remain stable at supersonic speed—in this case, a .50 caliber bullet. The X-1 was powered by four rocket engines, and its wings were incredibly thin, substantially decreasing drag.

The plane did its job. Chuck Yeager, then a U.S. Air Force test pilot, first broke the sound barrier on Oct. 14, 1947. And in the decades that followed, aircraft designers learned more and more about high-speed flight, designing faster and faster aircraft, culminating in the creation of the SR-71 Blackbird by 1966.