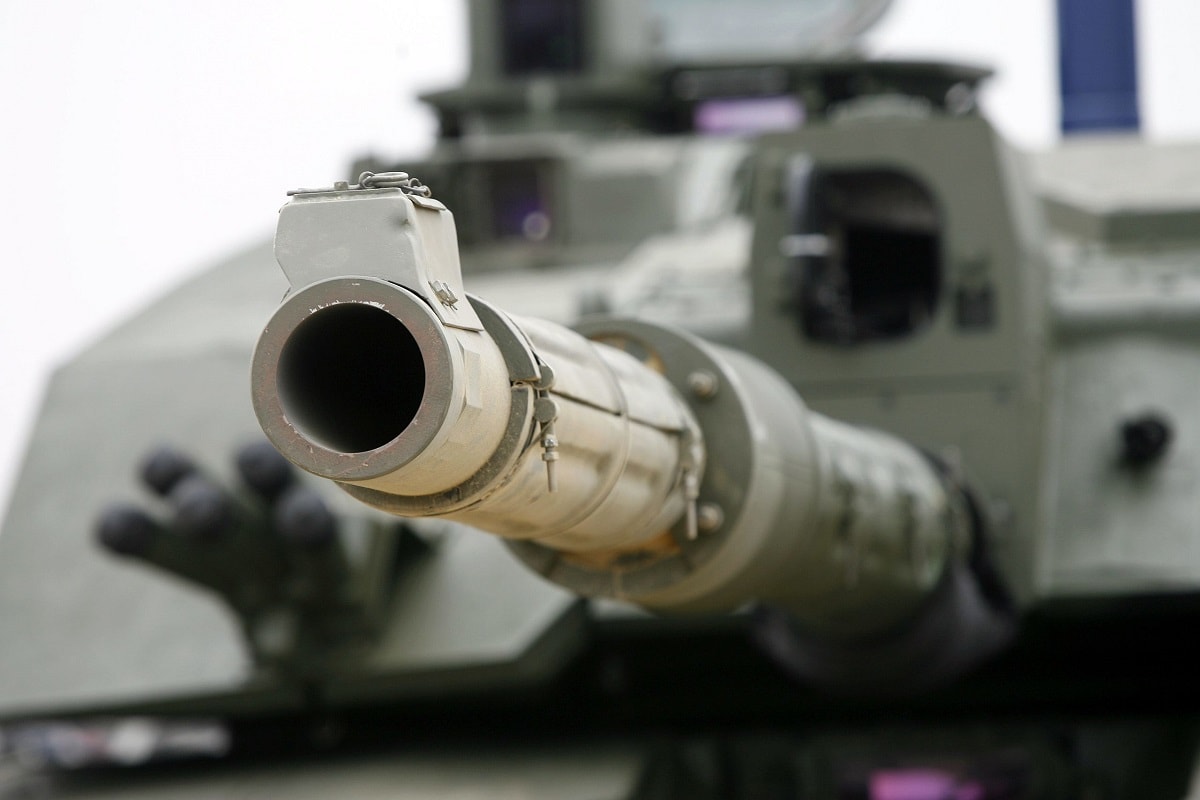 Back in March, the UK’s Ministry of Defense presented a Command Paper to parliament outlining plans to radically transform the British military in the 2020s.

As expected, the document outlines future shipbuilding plans for the Royal Navy and sets aside £2 billion in new funding for the development of a next-generation stealth fighter, while indicating significant cuts in personnel and equipment to the British Army.

That’s in line with Whitehall’s ambition, sketched out an Integrated Review, to help allies counterbalance growing Chinese power in the Pacific. But it comes at the cost of stripping down the UK’s contributions to European defense to the bare bones.

To be fair, the UK can’t afford to do everything it used to. The new proposed Army order of battle (see estimated organizational charts here and here) emphasizes more efficiently farming out units for training and counter-insurgency/terrorism operations around the globe, while trimming down the heavy mechanized formations required in a high-intensity conflict.

The British Army will shrink from 76,500 (out of a target strength of 82,000) to 72,500 full-time trained personnel, and adopt a U.S.-style Brigade Combat Team organization. Most brigades will have four line battalions/regiments and an artillery regiment, plus the necessary support units (signals, engineering, medical, logistics, etc.) to operate independently.

There will remain just two heavy brigades suitable for capturing and defending ground in a high-intensity conflict, each with one tank battalion, two mechanized infantry battalions in wheeled Boxer armored personnel carriers, and one armored cavalry regiment mounted in tracked Ajax reconnaissance vehicles.

They will be supported by a Combat Aviation Brigade with 50-ish Apache attack helicopters and an innovative Deep Recce Strike Brigade combining artillery regiments with Ajax-mounted reconnaissance units for locating targets.

For counterinsurgency and global response missions alongside local allies, there are two Light Brigades and a parachute-deployable Air Maneuver Brigade (enlarged with a fourth line battalion). One Light Brigade will ride in “Heavy Protected” Foxhound and Jackal armored trucks fortified against mines and IEDs, the other will use softer vehicles. At least two more understrength brigades may administer garrison units in the UK and abroad.

The Army will also form a Security Force Assistance Brigade dedicated to cost-efficiently training allied forces, and reorganize its Special Operations brigade by forming a new Ranger Regiment focused on Green Beret-style advising and assistance of local forces. British defense expert Jack Watling estimates this will allow the UK to conduct three resourced training missions (or four in a pinch) across the globe simultaneously.

Though not eliminated entirely, the British tank fleet will downsize from 227 main battle tanks to 148. £1.3 billion will be spent upgrading 75-ton Challenger 2 tanks to a Challenger 3 model with a new turret incorporating a 55-caliber Rheinmetall 120-millimeter gun, as well as defensive and sensor improvements. The longer German smoothbore will increase accuracy and penetration and make ammunition sharing possible with NATO allies.

However, the MoD is nixing an upgrade to its 388 tracked Warrior Infantry Fighting Vehicles (IFVs) equipped with 30-millimeter cannons, instead replacing them in the mid-2020s with 8×8 Boxer armored personnel carriers. Currently, over 520 are on order for £2.3 billion, with delivery starting 2023.

Though lacking tracked mobility, the Boxer offers lower operating costs, better mine protection, and modular mission systems—but those currently ordered by UK are armed only with remotely-operated machine guns. As well-armed IFVs are ubiquitous in modern armies, the UK may consider ordering Boxers with 30-millimeter gun turrets, or an IFV variant of the Ajax, so that its mechanized infantry have a fighting chance against adversary IFVs.

The MoD hopes to harness sensors on Ajax and Watchkeeper drones to enable future precision artillery capabilities to destroy opposing forces at a distance before they can enter close battle. To reinforce the spotter-shooter kill chain and disrupt the adversary’s, £200 million will go to modernizing and expanding Army electronic warfare and signals units.

By 2029 to 2032, the Army plans to invest £800 million replacing its AS90 self-propelled howitzers with a new Mobile Fires Platform with modestly extended range (40 kilometers up from 30), and a dramatically higher rate of fire and deploy/un-deploy time. These might shoot the equivalent of a lengthy bombardment in two minutes, then scoot before counter-battery fire can hit them. The UK will likely seek an off-the-shelf solution, like South Korea’s K9 Thunder, the German Panzerhaubitze 2000, the U.S. M109A7 Paladin or the Boxer-based RCH155.

Army Aviation will receive three major updates: license-built Augusta-Westland Apache attack helicopters will be replaced with the latest AH-64E Apache Guardian model, with major improvements to engine power, sensors, and communication systems. Older Chinook heavy transport helicopters will be replaced with the latest CH-47F variant. And the Army’s aims to replace its diverse medium transport fleet with a single medium-lift helicopter type—though funding for that may prove dicey.

The Ministry of Defense is betting that a reduction in numbers can be made good by leveraging technology to enhance lethality, as described by Watling:

In theory, these brigade combat teams should combine into a screen of small manoeuvre elements, backed by long-range precision fires and attack aviation, so that they can see the enemy first, avoid presenting a compelling target and then concentrate firepower across the battlefield when the enemy masses to push through.”

However, he argues this concept requires a volume of precision strike munitions the British Army lacks, as well as artillery, command-and-control and air defense technologies that won’t enter service until the 2030s. The same is true of unmanned ground combat vehicles that might compensate for diminished manned vehicle fleets.

Watling writes: “There are many tasks – ground holding, resupply, reconstitution, force protection and more – where mass is paramount.” For example, with just two deployable tank battalions, the British Army can only attack in two places at once, and lacks reserves to replace inevitable combat losses. Cyber, space and AI capabilities cannot always substitute for troops in big steel vehicles on the ground.

To be fair, the UK today is only likely to fight a high-intensity conflict alongside allies. The shifts in funding are a tacit admission the MoD wants to specialize more in contributing air and sea power, special ops, and security assistance.

But even if the British military is best in those roles, the UK’s NATO allies may not see it that way. Many analyses argue that more mechanized forces deployed close to the Baltics are needed for NATO to credibly deter a Russian attempt to capture those countries in a coup-de-main.

RUSI military analyst Peter Robertson argues “An army formation that makes Russia stand up and take notice has impact; another carrier strike group occasionally deployed in the Pacific will not have the same impact on China, nor will it exert the same level of coercive control on Russia.”

Of course, it’s ultimately up to the British people to decide how to fund and organize their military—and budgetary realities following a decade punctuated by austerity, Brexit, and a pandemic mean there’s no avoiding tough choices when shaping the future British military.

Sébastien Roblin writes on the technical, historical, and political aspects of international security and conflict for publications including The National Interest, NBC News, Forbes.com, and War is Boring.  He holds a Master’s degree from Georgetown University and served with the Peace Corps in China. You can follow his articles on Twitter.