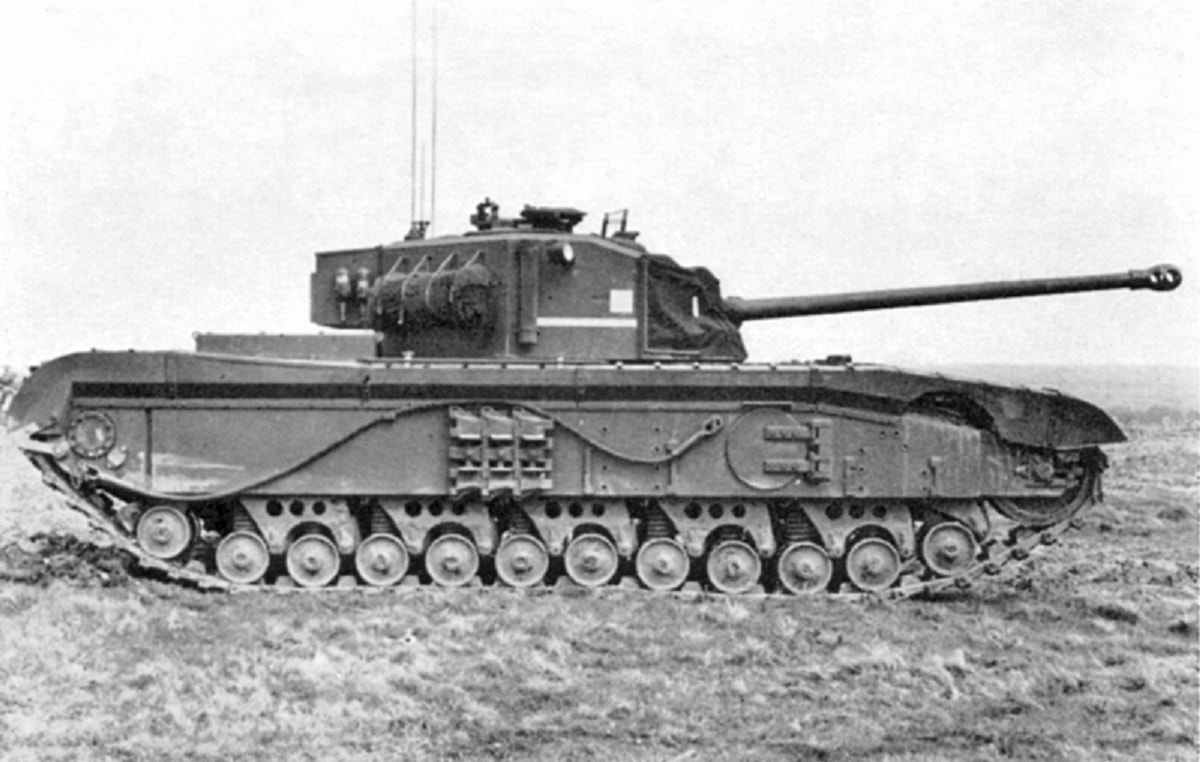 It was very heavily armed and armored and could have made mincemeat of Nazi Germany’s armored vehicles — but had a couple of design flaws.

The Black Prince was an experimental World War II British tank, itself based on the successful Churchill infantry tank, a series of heavy and well armored, though rather slow tanks.

Named after Edward the Black Prince, an English knight and veteran of the Hundred Years’ War, the tank would have had a good chance of being one of the deadliest Allied tanks of World War II— but it wasn’t. Here’s why.

In keeping with British infantry tank design, tanks that anticipated the slow and exposed battlefield maneuvers that defined World War One combat, the Black Prince was expected to accompany infantry during exposed no man’s land crossings and break through enemy defenses on the other side.

Speed was therefore not a priority, as the tank would not be required to go much faster than a soldier could run. Cross-country mobility, essential for traversing trenches, craters, and anticipated muddy and mucky conditions was however a must. So too was the tank’s armor protection. Crossing wide open spaces at slow speeds meant that the infantry tanks, and consequently the Black Prince, would be sitting ducks while in no man’s land.

Compared to some preceding Churchill tanks, especially earlier variants, the Black Prince’s main gun offered much more stopping power. The tank sported a 17-pounder main gun, originally a towed anti-tank gun that could penetrate most German armored vehicles. Aside from the most heavily-armored late war German vehicles, the 17-pounder could shred most vehicles apart.

In order to mount the large and powerful gun to the tank, the tank’s hull ring had to be enlarged, which in turn necessitated enlarging the hull as well. Consequently, the Black Prince was one of the heaviest Allied tanks of the war, tipping the scales at around 50 tons.

Ultimately the Black Prince never entered full production, with just 6 units produced by the end of the war. The project’s demise was sealed by the introduction of the very successful Centurion tank, which offered virtually the same level of armor protection on its hull and turret, had a higher top speed, and was simpler to build than the Black Prince.