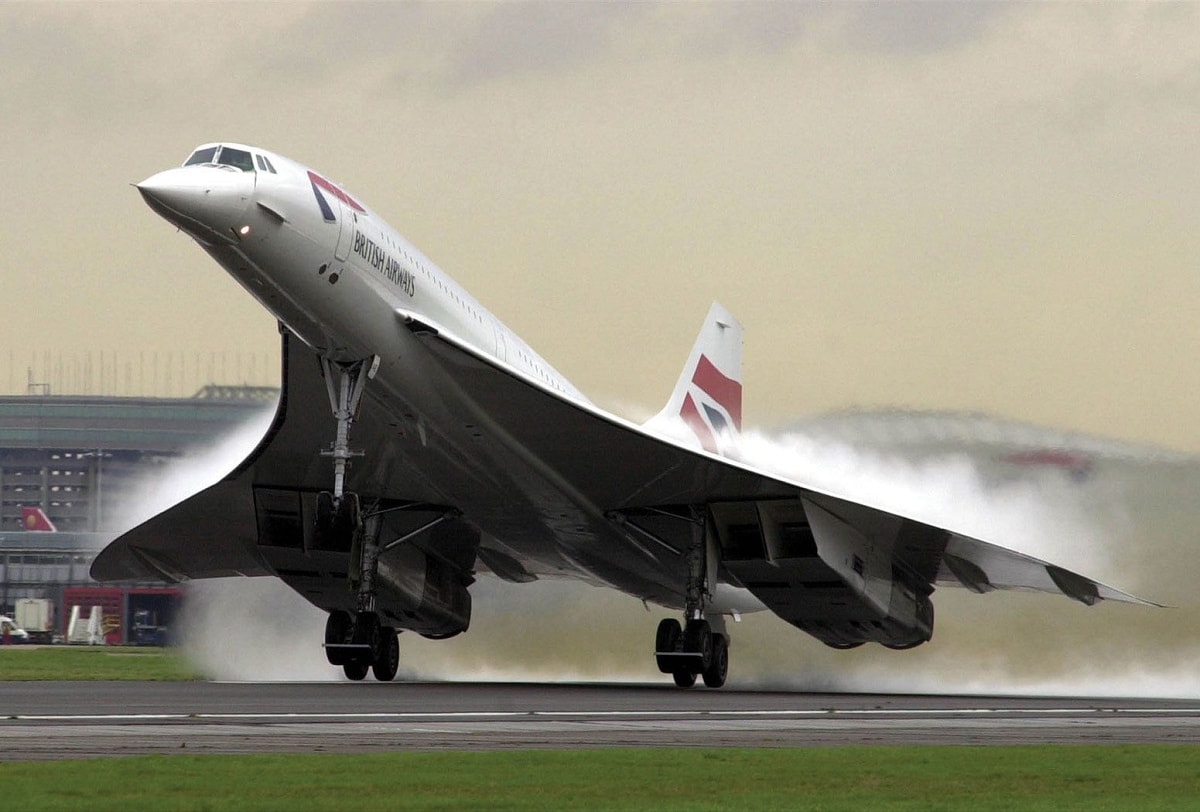 The Concorde may have only operated from 1976 until 2003 but its imprint on aviation can still be seen today.

This particular aircraft was the first supersonic passenger-carrying commercial airplane that was jointly built by Great Britain and France. It completed its first transatlantic crossing on September 26, 1973, and launched the world’s first scheduled supersonic passenger service on January 21, 1976.

Boasting a maximum speed that was over twice the speed of sound, it could seat between roughly ninety to a hundred thirty passengers. However, the aircraft’s noise and sizeable operating expense limited its service—and drove forward its eventual retirement.

There were other notable factors as well. On July 25, 2000, Air France Flight 4590 was on the runway to take off from Paris’ Charles de Gaulle airport with New York as its final destination. During takeoff, the AF 4590 struck a piece of metal that had been sitting on the tarmac runway, sending the debris hurtling into the Concorde’s port, or left, wing. The force of the impact caused a fuel tank to rupture and ignite.

The plane soon crashed into a hotel near the end of the runway, killing all one hundred nine passengers and four other people in the hotel.

Then just over a year later, the 9/11 terrorist attacks were responsible for slashing interest in international travel and passenger numbers, which hit the bottom line of the Concorde. Moreover, new aviation regulations mandated that Concordes would have to fly more slowly overland to reduce sound-related disturbances.

Adding to the misery was aerospace company Airbus, which decided in 2003 to stop manufacturing spare parts for the Concordes. This decision was largely made due to the fact that it was no longer economically feasible to do so.

There were, however, attempts to save the Concorde fleet. In 2003, Richard Branson announced that Virgin Atlantic was interested in purchasing the aircraft but no agreement was able to be reached.

Despite the relatively short history of the Concorde, the aircraft remains unequaled in terms of speed in the world of commercial flight. And many people who have flown on the Concorde still can recall their positive experiences.

“The flight attendants loved being on it; the passengers loved being on it. You were aware of being part of a very small group of people that were privileged enough to be on Concorde,” noted CNN’s Richard Quest, who flew the Concorde five times.

“Concorde was extremely small, only about a hundred seats. It had more like office chairs, bucket seats, and very small windows. It was noisy, extremely noisy, but I challenge anybody not to have a smile from ear to ear when they got on it,” he added.